When The Wall Street Journal first published “The Billion Dollar Startup Club” in February 2015, 84 companies had the rare unicorn status. Today there are 1,000 of ’em. A private company with a billion-dollar valuation used to be special. Now it’s ordinary.

These numbers, which felt crazy at the time, seem quaint compared to today. 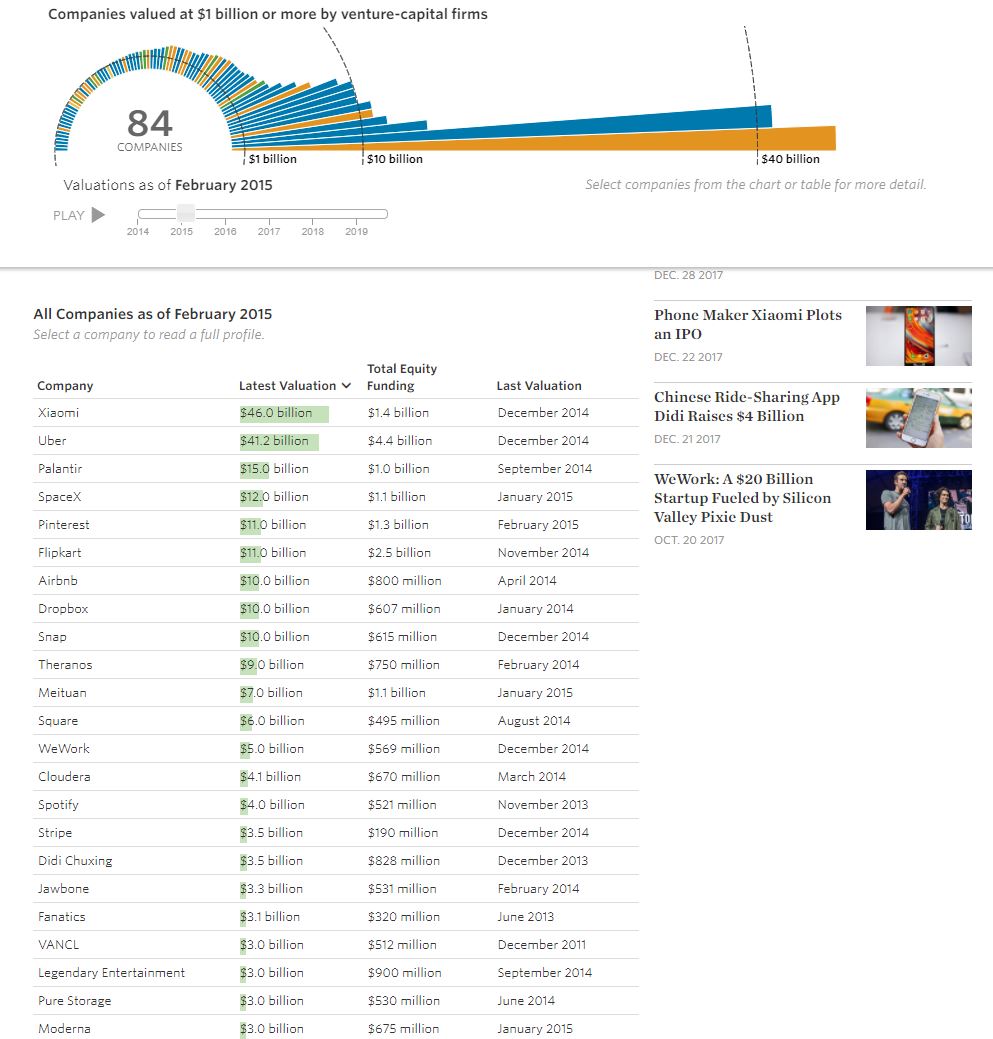 Since this was published, Moderna is up 35x. Stripe, which is still private, is up 28x. Square is up 17x. Spotify is up 13x. Airbnb is up 12x. Snap is up 8x. Uber, which was the second-largest name on this list at the time is a double.

Of course, not every company on this list has enjoyed an equal amount of success. Dropbox is the same size. WeWork crashed and burned. Elizabeth Holmes is on trial. But on balance, this list, which had 84 members and $310 billion in market cap, is worth trillions of dollars today*.

Since Facebook became the first decacorn, a private company worth $10 billion, 83 others have joined that rarified air. This number comes from Crunchbase, who just published a report showing that the number of newly minted decacorns hit a record high in 2021.

I would love to fast forward and see what the private markets look like in 10 years. There will undoubtedly be bumps along the way, but I wouldn’t be surprised if future numbers make today’s look like a bargain.**

*I didn’t do the math, but it feels right

**I also wouldn’t be surprised if today’s numbers look crazy, and we can’t believe what happened during this bubble. Sorry, did it for the hedge.