It feels ridiculous to ask, given that at the lows of last week, the peak-to-trough decline in the S&P 500 was just 5.2%.

It feels ridiculous to ask, given that at the lows of last week, the market was still up 21% YTD.

But it is a reasonable question, given that stocks have aggressively bounced, with S&P 500 futures currently sitting less than 2% below all-time highs.

And it feels reasonable to ask, given that so many stocks, ex the giant ones, have gotten absolutely annihilated. The chart below shows that the number of Nasdaq stocks hitting 52-week lows spiked to the highest level since 2020. You can clearly see that every bottom in the indexes coincides with a spike in new 52-week lows.* 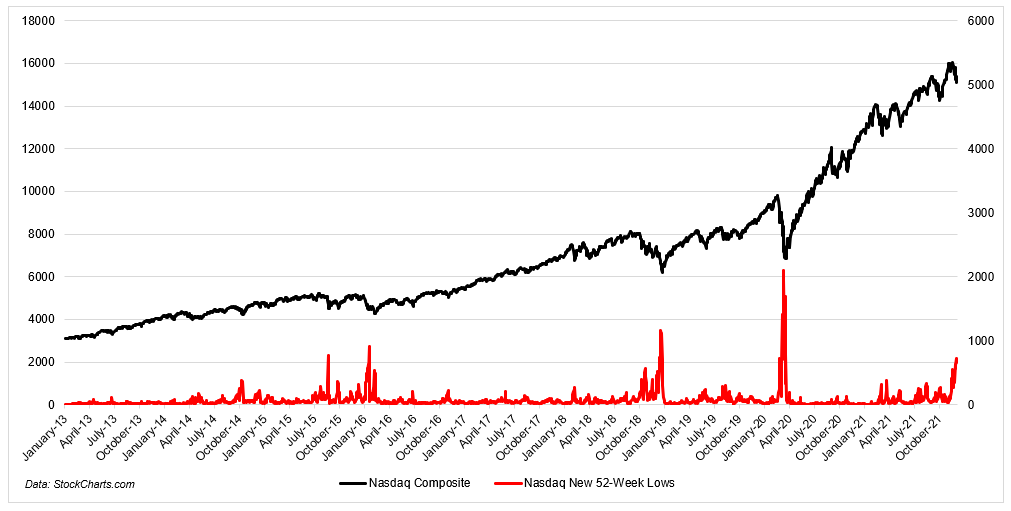 The carnage, as has been discussed ad nauseam, doesn’t show up in market-cap weight indexes. Even the equal-weight version (QQEW) obfuscates the damage, showing a peak-to-trough decline of just 7.2%.

It doesn’t take much these days for fear to come rushing into the market, putting a short-term floor on further declines. According to Gunjan Banerji, “Put options volume across all symbols jumped to the highest level on RECORD Friday, with almost 27m contracts trading -Cboe data Puts outpaced calls for the first time this year and smashed the prior record set in Feb 2020.”

Retail traders aggressively bought the dip last week. According to Vandtrack, “retail purchases of US equities hit a new all-time high on Tuesday (11/30).” 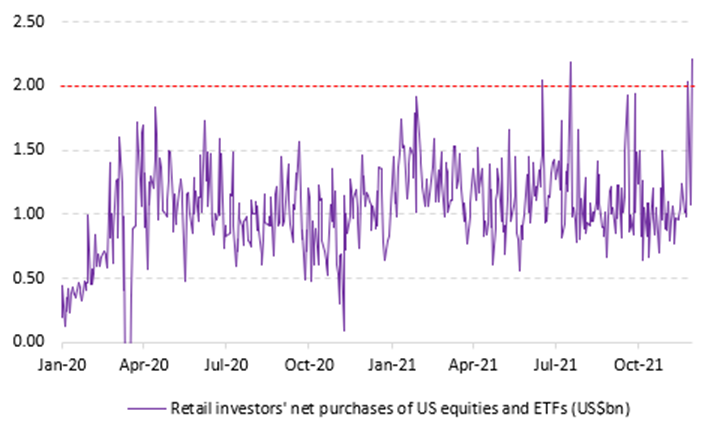 Yesterday, according to Eric Balchunas, ETFs took in $12 billion. The usual suspects were on the top of the list (SPY, VOO), as was TQQQ, the ProShares levered QQQ, which is up 5% in pre-market trading.