One of the biggest surprises of 2021 is that the thing most widely predicted actually came true. The performance of the hottest fund of the last decade has gone ice cold.

Back in January, Ben wrote a piece called A Short History of Chasing the Best Performing Funds. In it, he wrote:

“Investors have an awful track record when it comes to chasing the hottest funds of the day….those investors now piling into her fund will almost certainly underperform the actual fund’s performance”

And that’s exactly what happened. Amy Arnott at Morningstar wrote an excellent piece today called ARKK: An Object Lesson in How Not to Invest.  This stunning chart shows the monthly flows into ARKK. 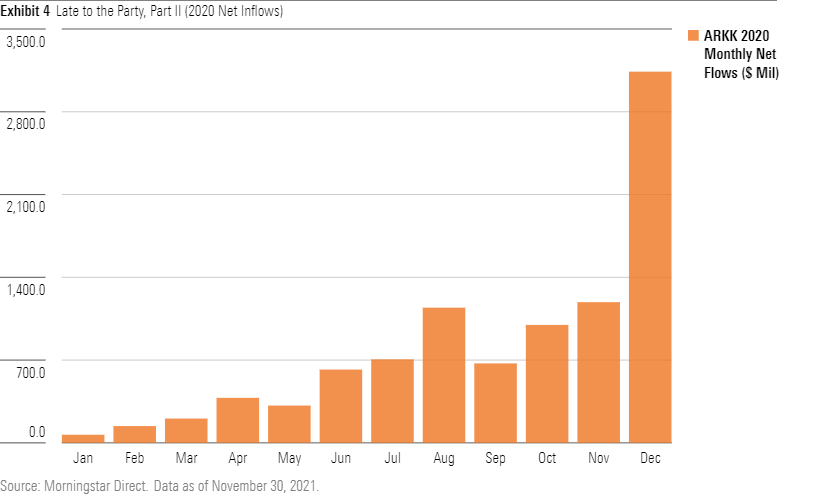 Because so much money came in after an insane run, the difference between fund returns and investor returns are…not pretty. Over the last year, ARKK is down 4.3%, but the average dollar invested in this fund over the last year is down 12%. Zoom out and the numbers get considerably worse. 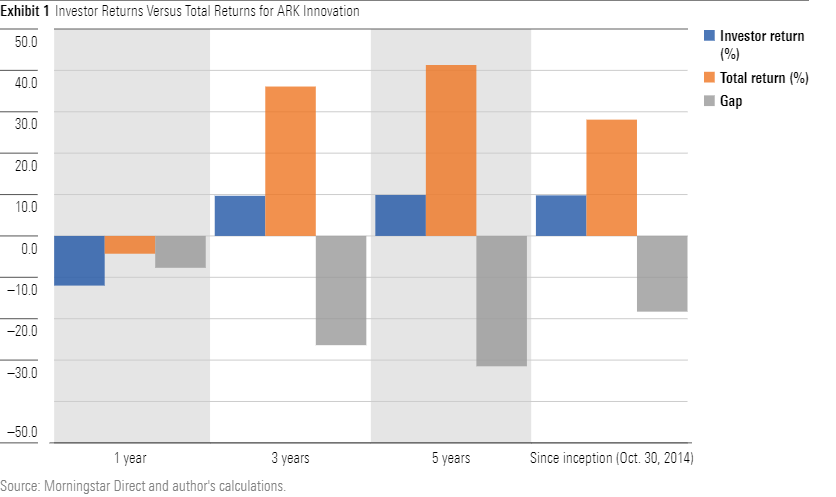 Markets are always changing and adapting, but a timeless law is that money will always chase performance.

Josh and I are going to discuss this and much more on tonight’s What Are Your Thoughts?