How do you survive a bull market?

Usually, when people talk about survival in the markets, they think about protecting one’s capital in a bear market. But hanging during a multi-year bull market is no walk in the park. The longer it goes on, the more likely we think it’s going to end. And yes, it will end someday, but what if that day is a long ways away?

Given how strong returns have been in recent years, it’s hard to envision this run lasting another decade.

Measuring a bull market is as subjective as it gets, so you might quibble or vehemently disagree with what I’m about to share. Fair enough, as I said, this is subjective. But my blog, my charts*.

This one shows bull markets since 1950. We’re in uncharted territory if we started the bull run from the bottom in March 2009. 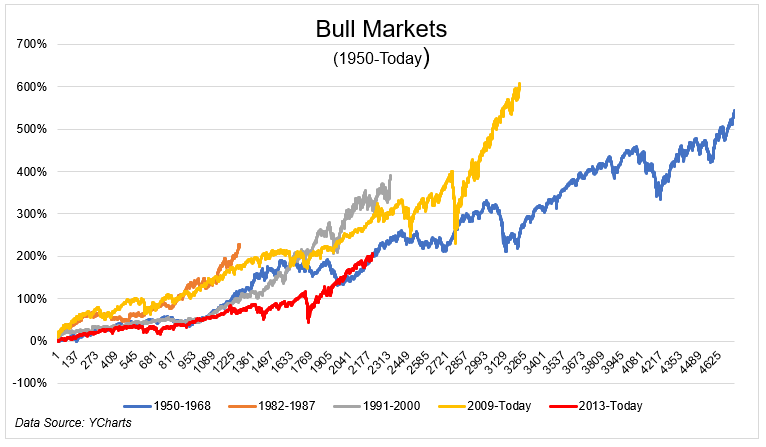 But did the bull market begin on the day the bear market ended? If we zoomed out to the top in 2000, then the S&P 500 went sideways for 14 years, and the bull market breakout didn’t happen until 2013. Fine. If we use that as a starting point (red line), things look very different. And if you like to use historical comparisons, this aligns with the multi-decade run of the 1950s and 60s.

But that’s impossible, right? I mean, given recent returns and where valuations and interest rates are, things can’t possibly get any better, can they? Well, that depends on what you mean by “recent returns.”

Returns look very strong over the last five years but not off the charts. 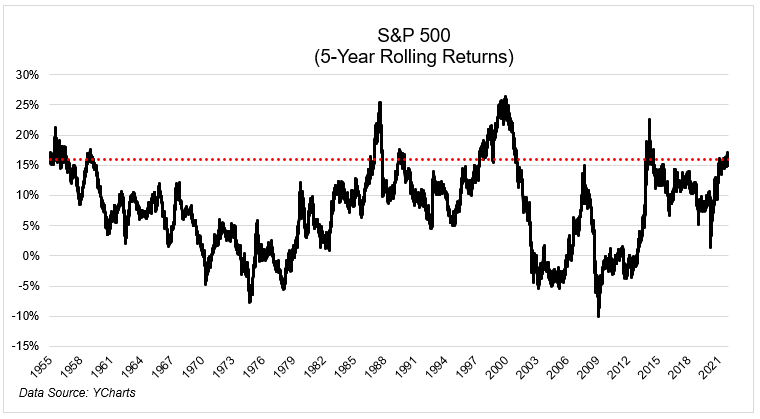 If we look at 10-year returns, then things appear even better. The only period that saw similar returns were the late 80s and 90s. 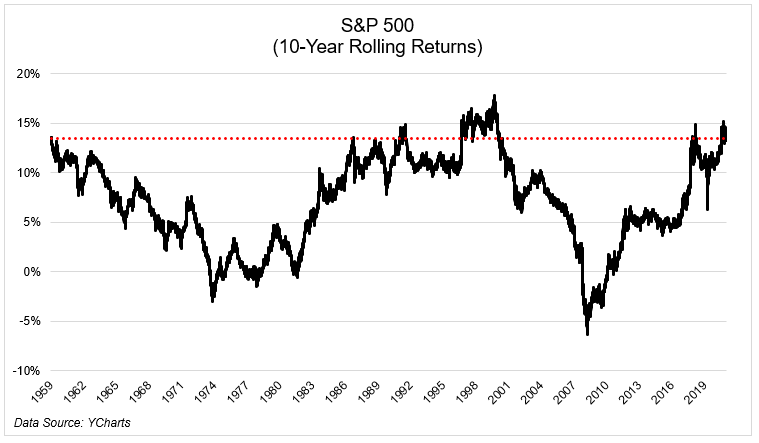 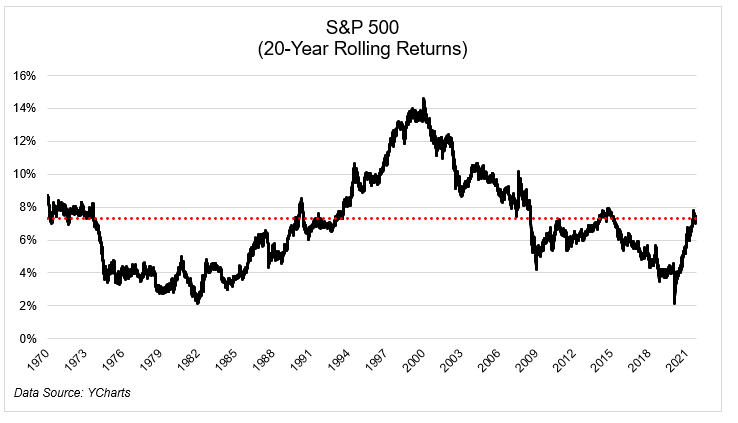 And this is where things start to get messy. I am about to cherry-pick aggressively.

If we rewind the clock to the peak in 2007 and compare that period with all other 14-year periods, things look right down the middle. Neither good nor bad. 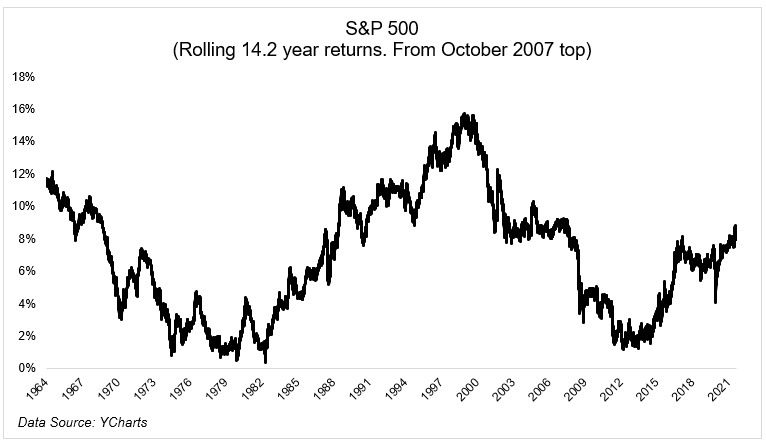 What about if we measured it from the top in 2000? Also, middle of the pack. 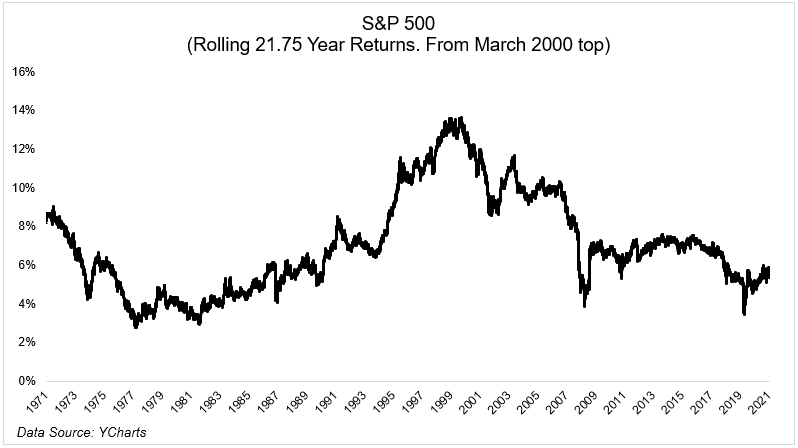 And what if we measured from the bottom in 2009? Well then, we’ve never seen a stronger run of returns than we have over the last ~13 years. And unfortunately, I think this is the one that matters. 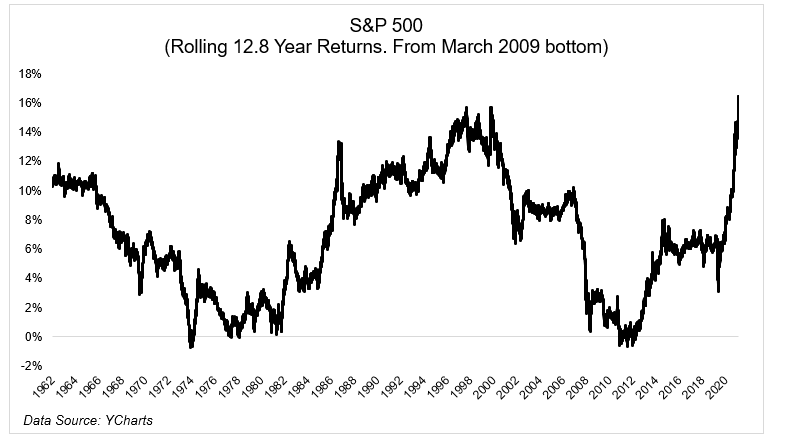 What if earnings grow by 5% next year and the multiple goes from 30 to 35? In that scenario, the market would return >20%. If this seems far-fetched to you, consider that Tesla added a Bank of America to its market cap last year. Or that 10,000 Bored Apes have a larger market cap than Shake Shack. Still seem far-fetched?

Survival is the name of the game. Investors have to endure through any market, especially a bull market. Instead of worrying about how and when this ends, ask yourself, what if it keeps going?

This top has been brought to you by Michael Batnick. Thank you for reading.

*Everything here is price returns only, before inflation.