U.S. stocks have compounded at an annual rate of 10.4% from 1926-today. If this was the only information you had, then there would be only one logical thing to do; Buy an index fund, and never, ever sell.

Jeremy Siegel once said, “Fear has a far greater grasp on human action than the impressive weight of historical evidence.” I think this is mostly right, but doesn’t give enough consideration to the fact that bear markets really, really suck.

On Animal Spirits, Ben and I wondered if people spend too much time worrying about worst-case scenarios. I think they do, but for good reason. First, some data.

But a 20% decline should hardly be enough to strike fear into a long-term investor. When you’re down 20% you start to get nervous, at 30% you start to lose sleep, at 40% you hit eject.* 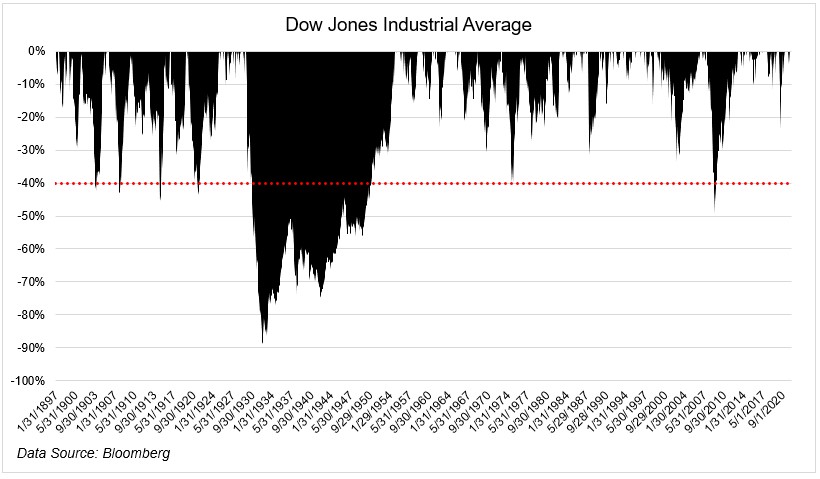 So why all the fuss? Because a bear market can wipe out years worth of gains. YEARS. 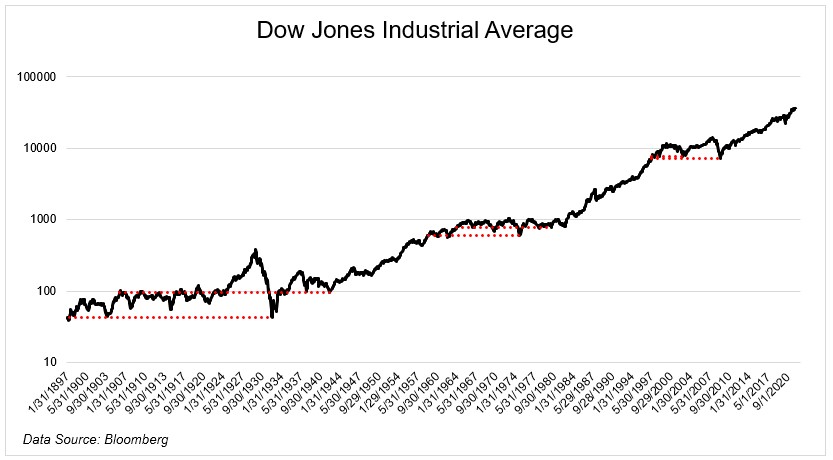 The pandemic bear market only lasted a minute, but at the bottom in 2020, the Dow was trading at the same levels it was at in March 2015!*** 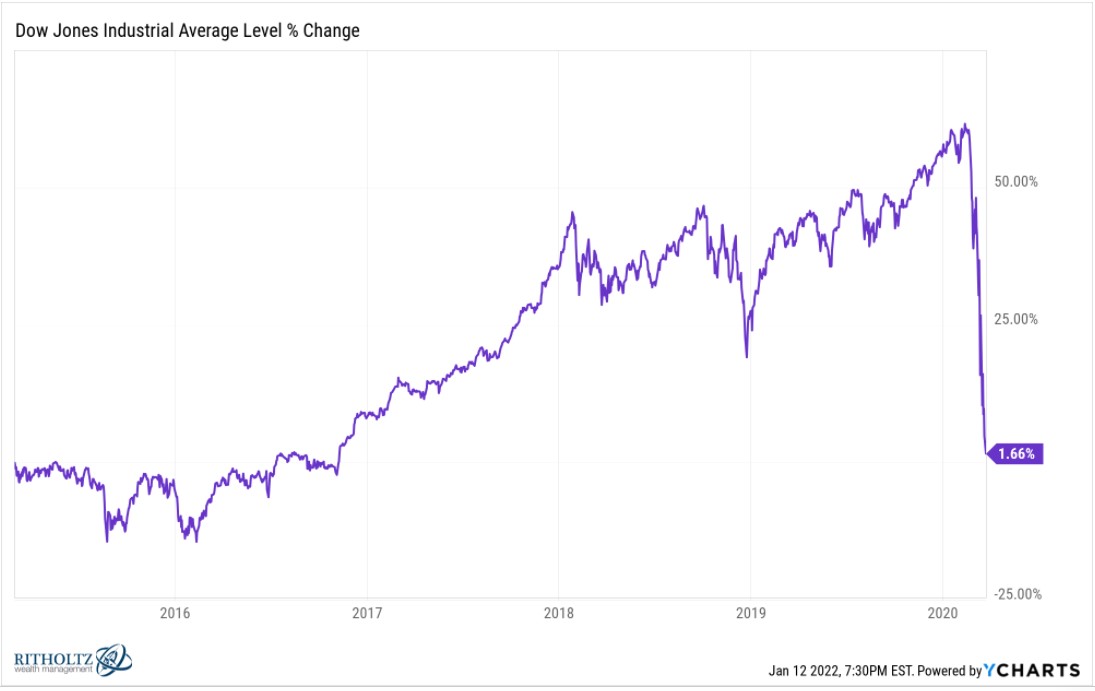 A bear market doesn’t just wipe out gains, it will almost assuredly wipe out your confidence in a brighter future. I’m a stocks for the long run kind of guy, but I’m pretty sure I’d sing a different tune if I experience a bear market that wipes out 15 years worth of gains, and takes another couple of years to recover.

I understand why people spend so much time preparing for an unlikely outcome, but worrying too much about the downside prevents you from participating in the upside. The most important thing is to build a portfolio that can capture the upside while allowing you to sleep at night during the inevitable downside. There is not a universal portfolio. Everyone’s gotta find what works for them.

Bear markets really suck, but so does missing a multi-year bull market. You gotta score points when you can. You have to stay in the game.

*Full disclosure, I made these levels up

***None of these numbers include dividends, but I’m also not backing out inflation, so more or less a wash