Retail traders panicked yesterday. Not all, obviously, but they dumped their shares as a group. Here’s Bloomberg:

In a spasm of panicked selling early Monday, retail investors offloaded a net $1.36 billion worth of stock by noon, most of it in the first hour, according to data compiled by JPMorgan Chase & Co. strategist Peng Cheng. By his estimate, share disposals were 3.9 standard deviations heavier than the full-day average in the previous 12 months. 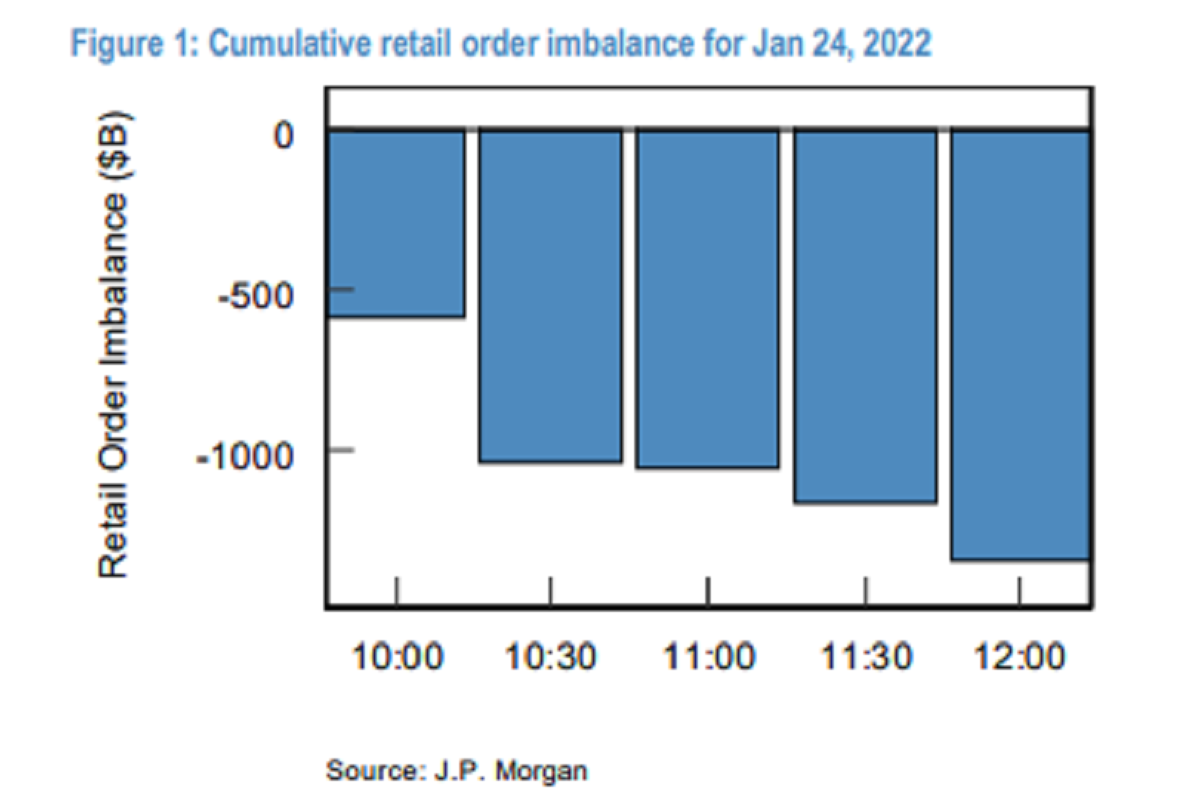 While individual traders cried uncle, individual investors said, “what selloff?” as they continued adding to their core holdings. Eric Balchunas tweeted this incredible chart the other day. Vanguard ETFs have taken in $14 billion year-to-date, 72% of the total net inflows to all ETFs. 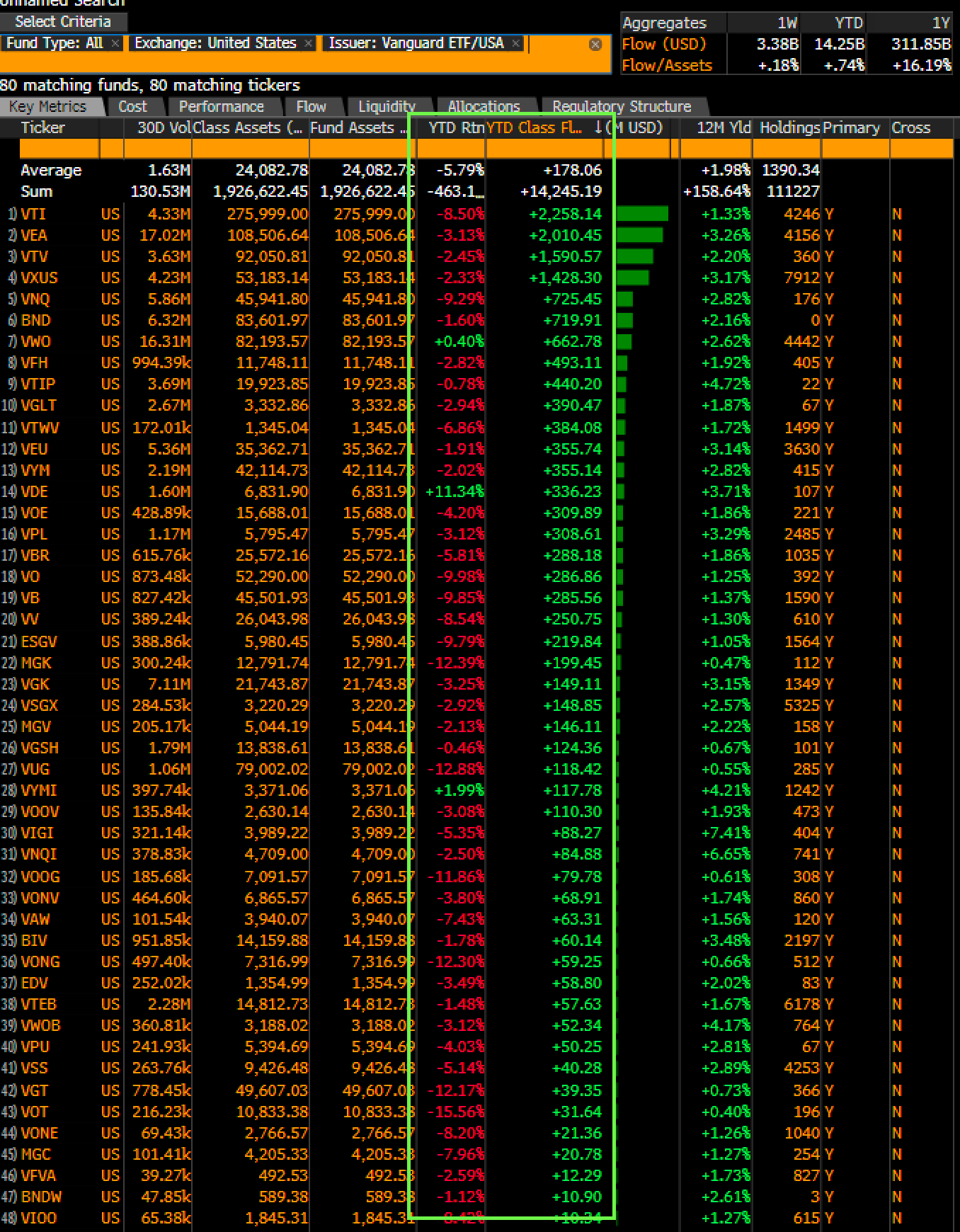 So this is interesting. The Nasdaq is not even 15% off its highs… 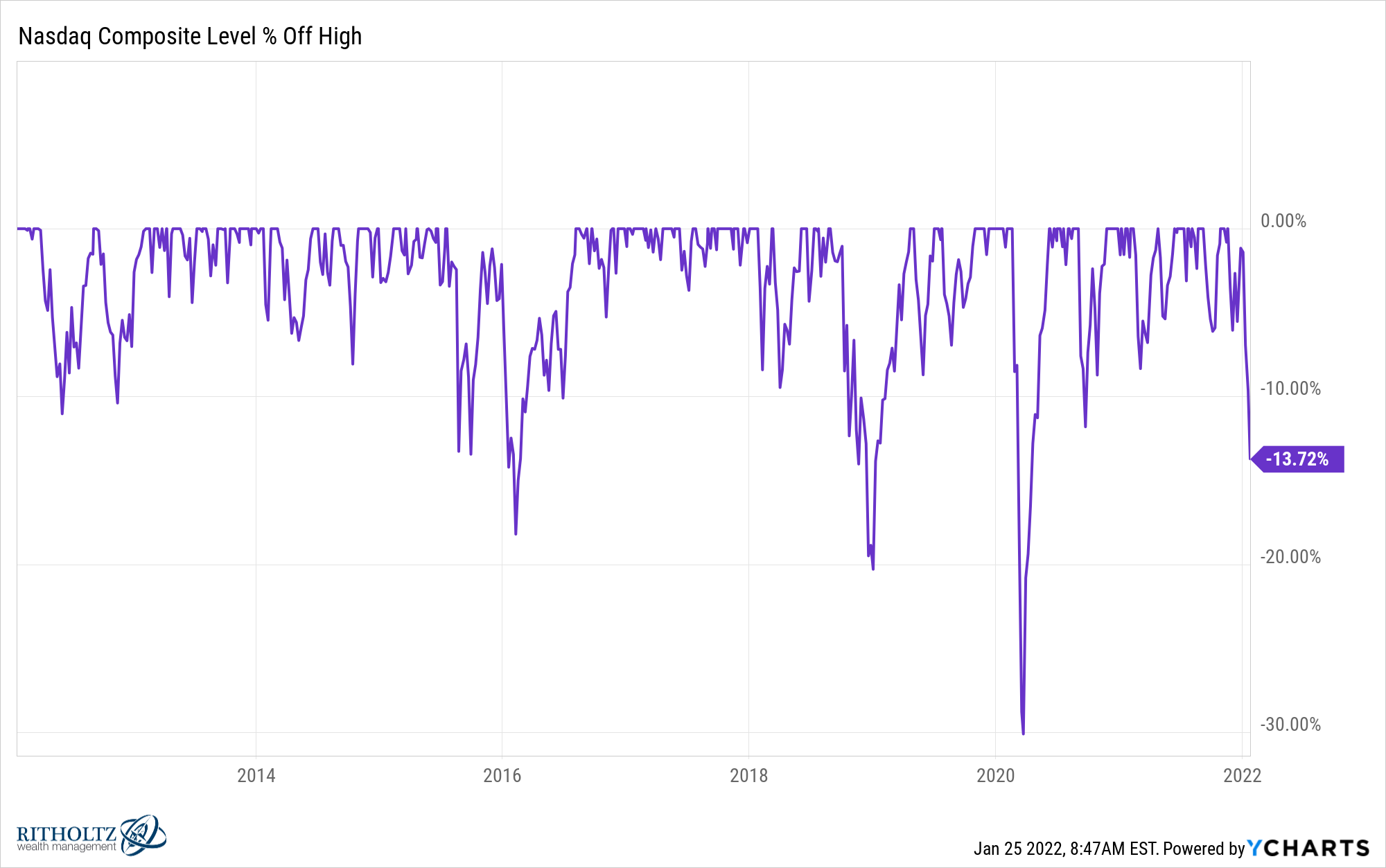 …and yet the number of stocks hitting 52-week lows is approaching March 2020 levels. As it always does, the index is hiding a lot of the destruction.

The biggest question I have right now is where we are in the multiple re-rating process? This shareholder letter (h/t Frederik) from Third Avenue Management does a great job breaking down the market by valuation. Over the last five years, cheap stocks have gotten cheaper and expensive stocks have gotten more expensive. 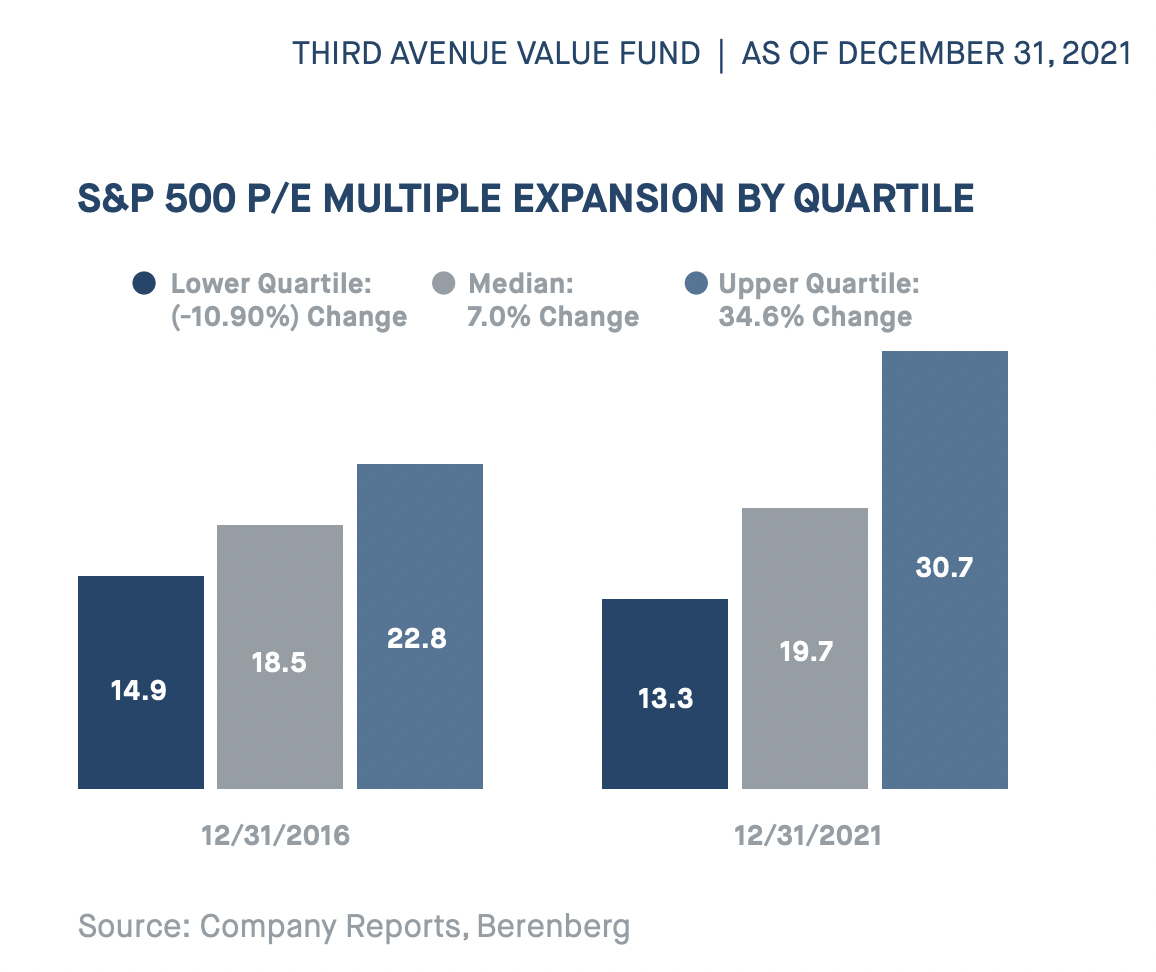 The spread between the cheap and expensive, based on this metric, has widened to the largest gap ever. This has undoubtedly reversed since the end of December, but we’re still significantly elevated, in the 14-15 range, if I had to guess. 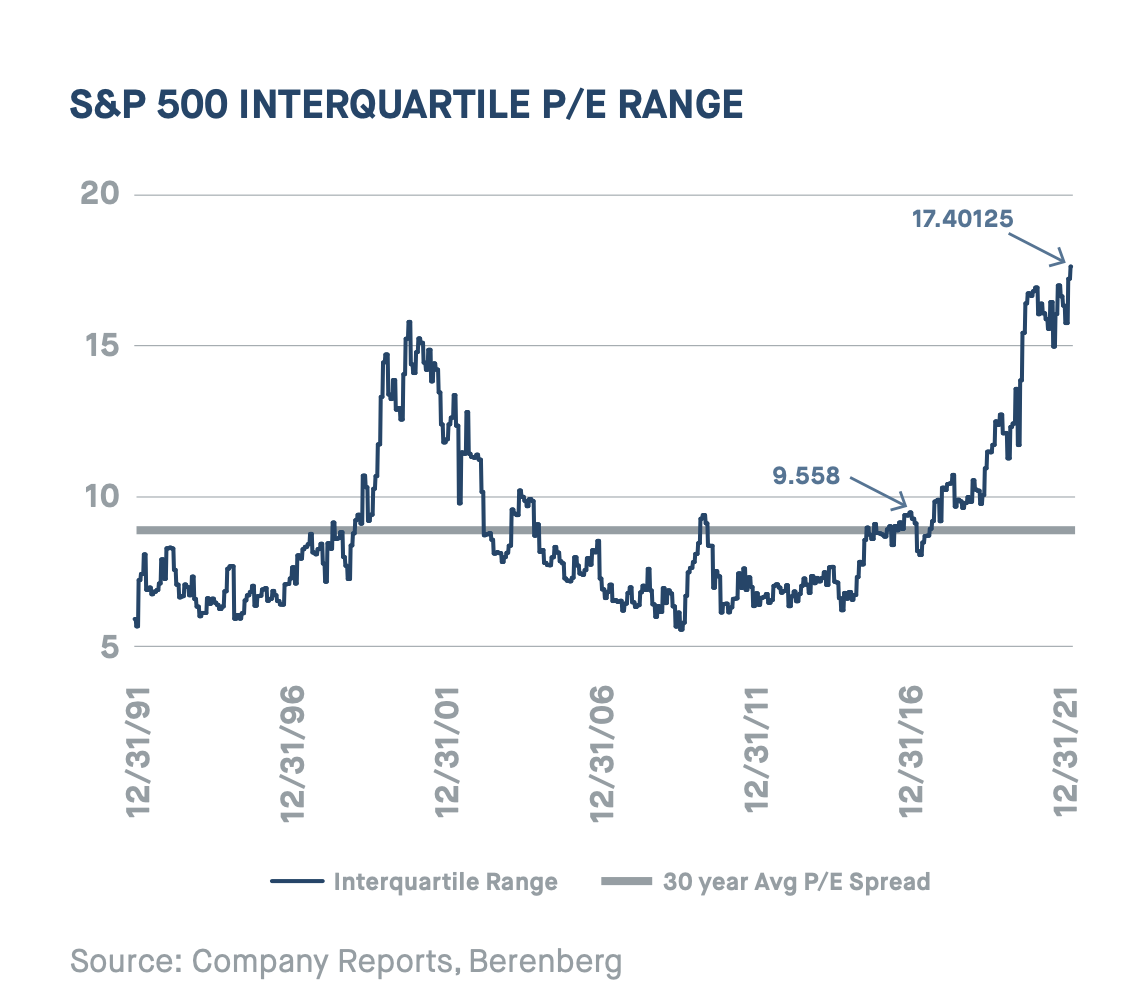 Josh and I are going to talk about all this and much more, including private valuations, Grantham’s super bubble call, and the shrinking WSB message board on tonight’s What Are Your Thoughts. Tune in at 5:30 EST.