Robinhood is going to open up down 88%* from its all-time highs. This is equivalent to what the Dow lost during The Great Depression. That happened in just under three years. Robinhood did it in six months. What a disaster.

Over time, I’d like to see us having a working capital structure, a capital structure that is more balanced between debt and equity. So that’s something that we’ll think about over time. But we’re also a growth company, and we’ve got big ambitions. And so I think it makes sense that we have enough dry powder to be able to pursue those growth opportunities.

The problem is, it’s hard to grow when you’re not adding new accounts and your existing customers are returning less often than they used to. A $9 billion loss (Q3) will dampen investor enthusiasm.

Meme-stock mania might have been the worst thing to happen to Robinhood, and I’m not talking about shutting down the platform and disappointing users. It gave an artificial spike in total revenue and average revenue per user that might not be seen again for a long time. ARPU is down 53% from its highs, transaction-based revenue is 41% off its high, and total revenue is down 36% from Q2, which was a combination of the tail end of meme stocks and the beginning of Doge fever. Can we see more events like this that temporarily juice numbers? Sure, but investors aren’t betting on that. 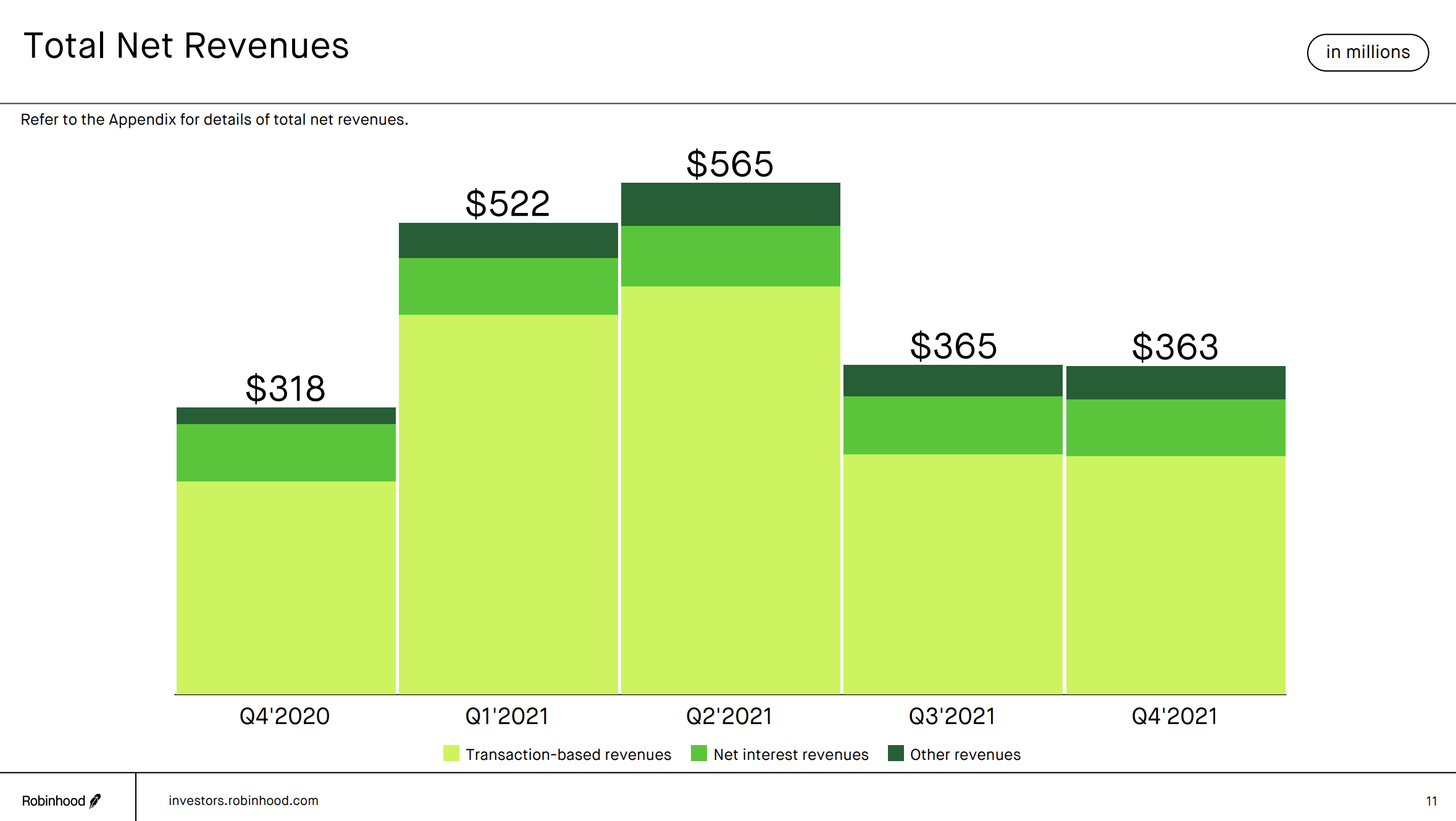 Investors have no tolerance for companies with no growth and ballooning losses. Look at those expenses ramp in Q3, my god. The losses aren’t pretty either.

So all in all, things aren’t great at the HOOD. But it’s not all bad. Here’s what Robinhood has going for it. An incredible user interface. 22 million funded accounts. $100 billion in assets. And room to grow. Up until recently, customers could only open new accounts and fund them with cash. Now you can ACAT over accounts from Schwab, for example.  Another promising development on the road map is retirement accounts, which the platform doesn’t support.

I tried to catch Robinhood’s falling knife twice in the past few months. Clearly, that didn’t work, so I’m putting myself in the penalty box. For now, I’m just watching, but I’m very curious to see where the stock goes from here.

*Dow just 85% after this bounce