Everything moves faster these days.

On November 1st, 90 days ago, Wordle had 90 users. Today, millions of people are playing the game, which will soon be owned by The New York Times.

The electric scooter company Bird shared an incredible chart in an investor presentation back in November. Look how quickly it’s been able to scale up revenue since the company started in 2017, compared to some other storied growth names. (Whatever you do, don’t look at Bird’s stock) 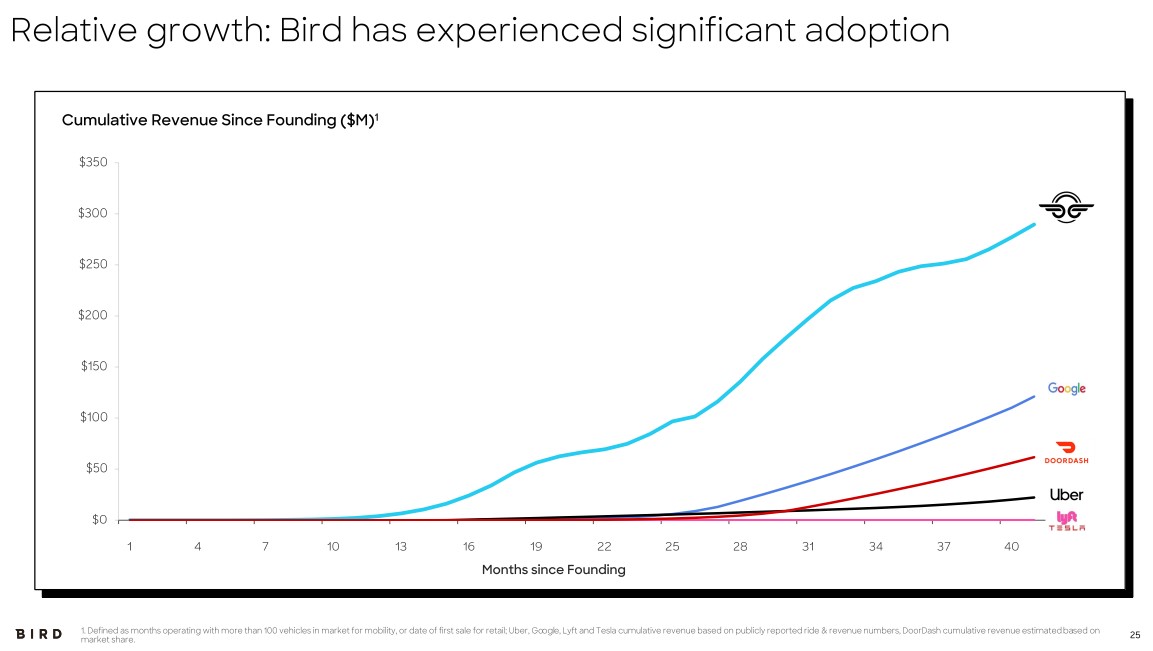 Companies are going from zero to seven figures quicker than ever before. Something similar is happening to ten-figure companies as well. What we’re seeing from the tech giants is without precedent.

Over the last three quarters, Microsoft has grown its top line by 20%. The last time this happened was in 1999 when its revenue was 1/10th of what it is today.  And all of it, well, 38% of it, is flowing through to their bottom line. It’s hard to overstate how unthinkable this was a decade ago. 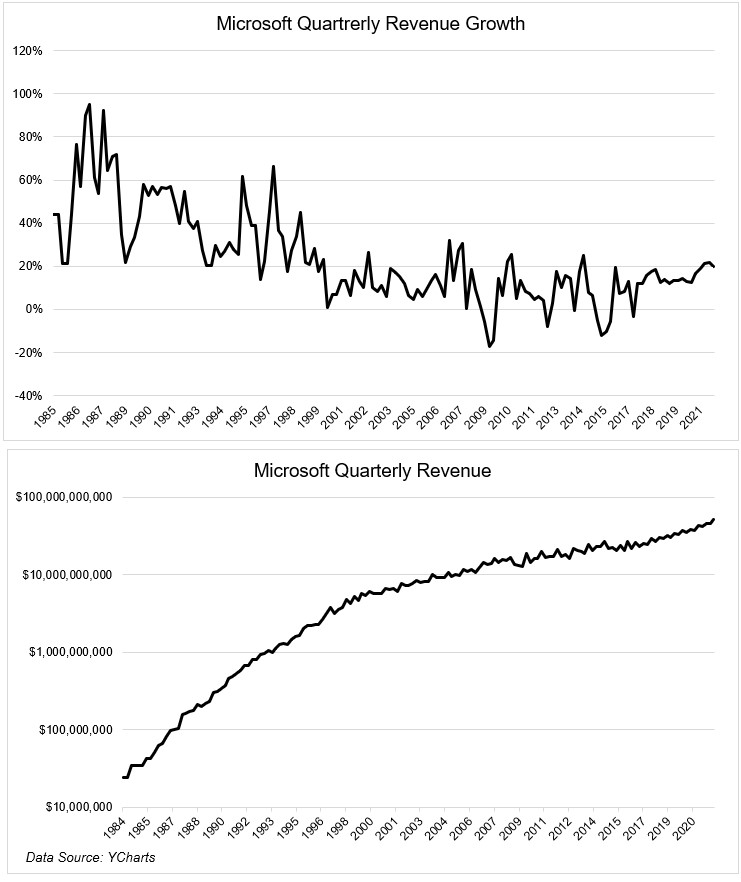 The speed at which companies are growing, both at the small end and all the way at the top, is mind-bending. We’ve never seen this movie before, so we don’t know how it ends.

Speaking of movies, I stole this title from a documentary, called Bigger, Faster, Stronger, which I highly recommend.