Forgive me for the clickbaity title, but I really can’t think of a company that has a wider gap between perceived value and actual value than Twitter. It’s the global breaking news channel, and yet at one point recently its market cap was less than Etsy, a company that sells tchotchkes on the interwebs. It’s half the size of Snapchat, where users make fleeting videos. And it’s smaller than Dollar Tree, which sells things for…I guess a little more than a dollar.

Twitter reports earnings after the close on Thursday. For the first time since 2015, Jack Dorsey won’t be on the call.

The stock hasn’t performed well in recent years following these calls, falling eight of the last eleven times, with three double-digit declines. Performance outside of earnings reports hasn’t been much better.

Here are a few numbers since Twitter came public in 2013:

I heard a stat that blew my mind on Business Breakdowns: Twitter’s revenue has compounded at 29% since going public, yet its stock has a negative total lifetime return. It’s safe to say that investors had expectations that exceeded reality. The stock, which once traded hands at ~70 times sales, now trades at just six times. 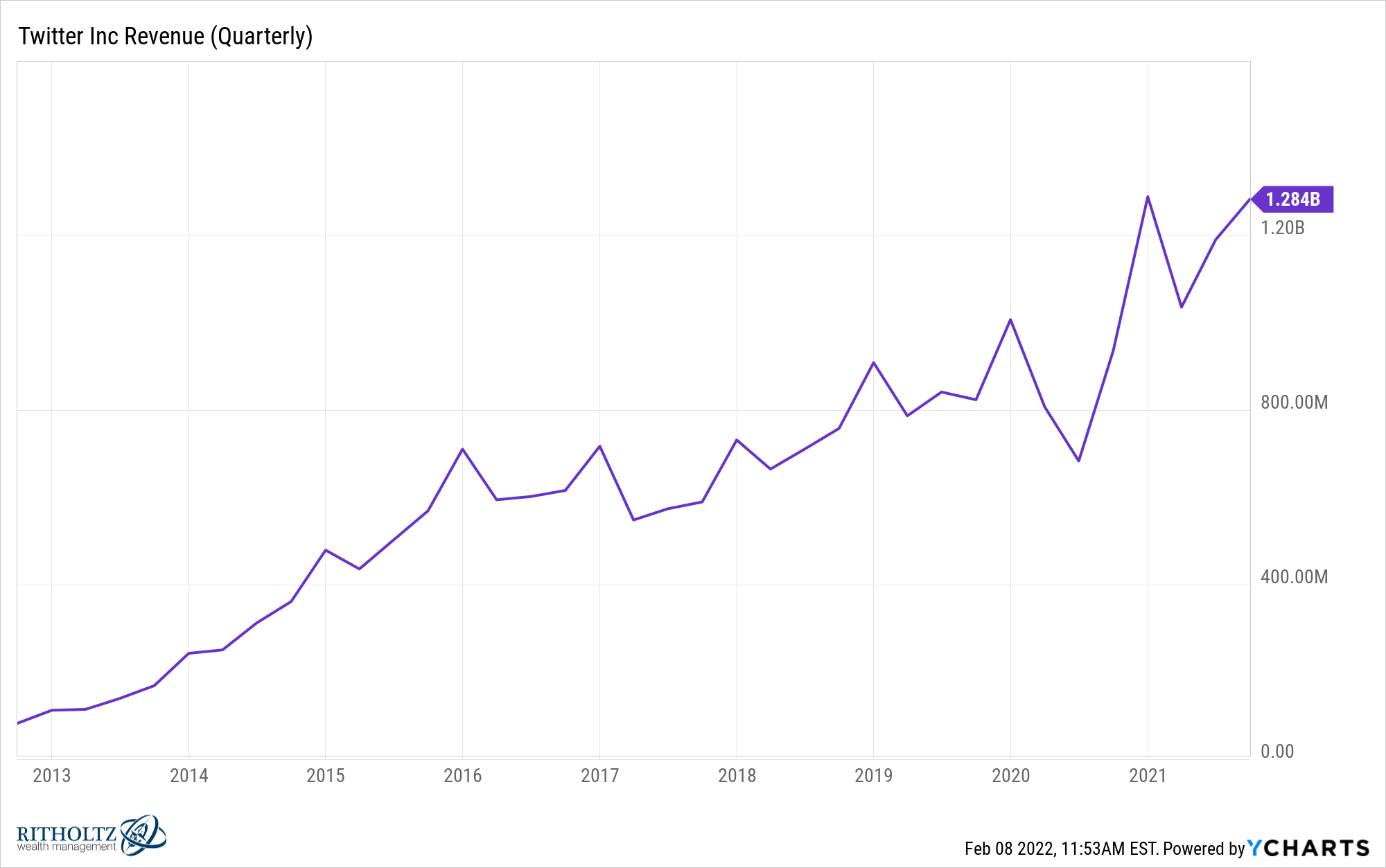 On Twitter’s last earnings report, they disclosed that “Stock-based compensation expense grew 42% year over year to $164 million and was approximately 13% of total revenue.” To say that this isn’t shareholder-friendly is putting it kindly. This is how you can have a company down 19% while its market cap is up 18%. Look at the shares outstanding. Not exactly what you want to see. And they guided to $175 million of stock-based compensation for next quarter. Yeesh. 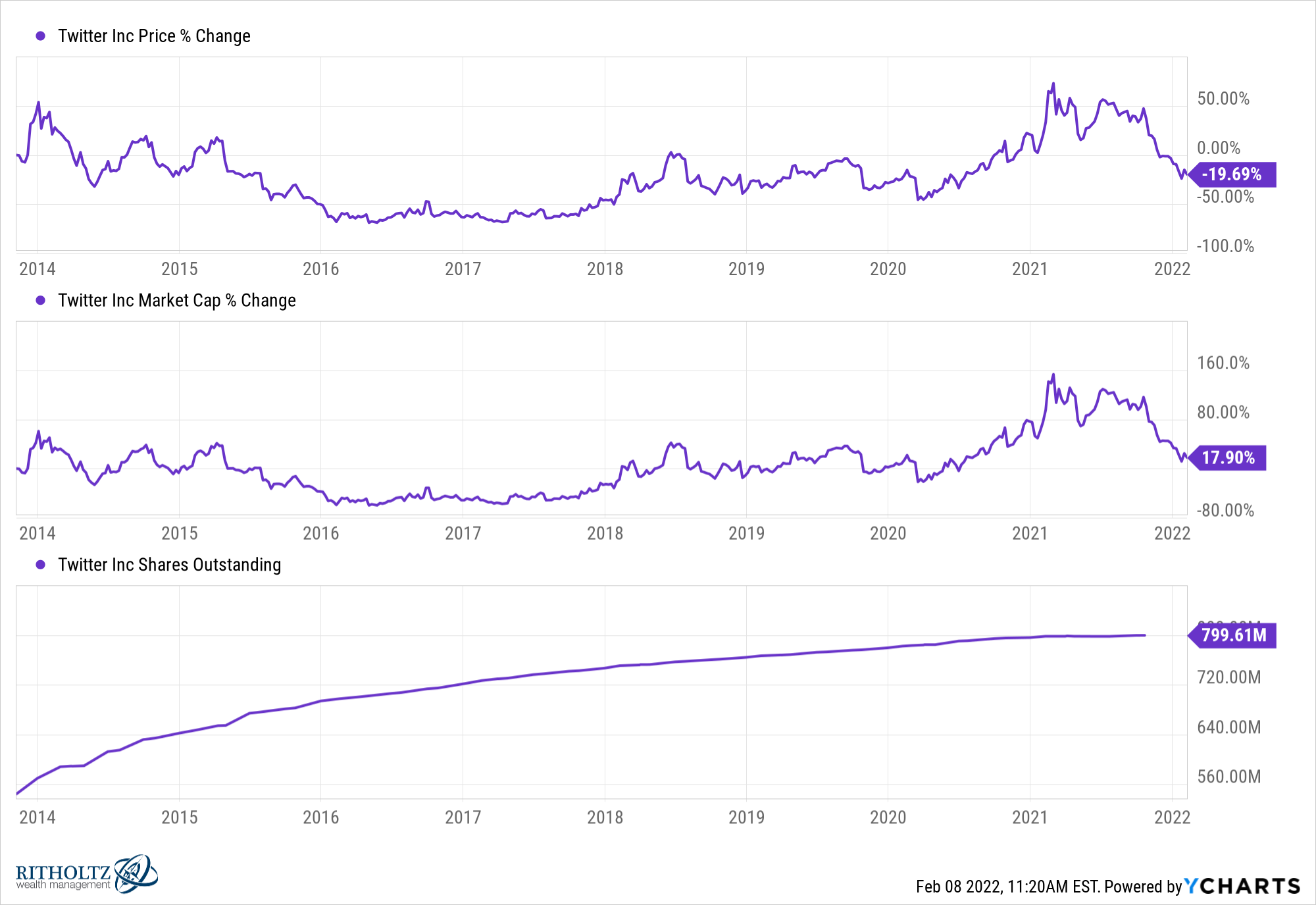 Investors killed Facebook after earnings, but they bought up Snapchat. So it’s likely that Twitter is operating on a level playing field from that standpoint. Investors will judge it based on the merits of its own performance.

Twitter is an advertising business with one very big problem; It doesn’t work very well. I don’t understand why Instagram delivers me ads that are perfectly suited to my personality and Twitter seemingly has no idea who I am.

I’m excited to see the 4th Quartr numbers are on Thursday.