The Nasdaq 100 is currently in its third bear market of the last 5 years. 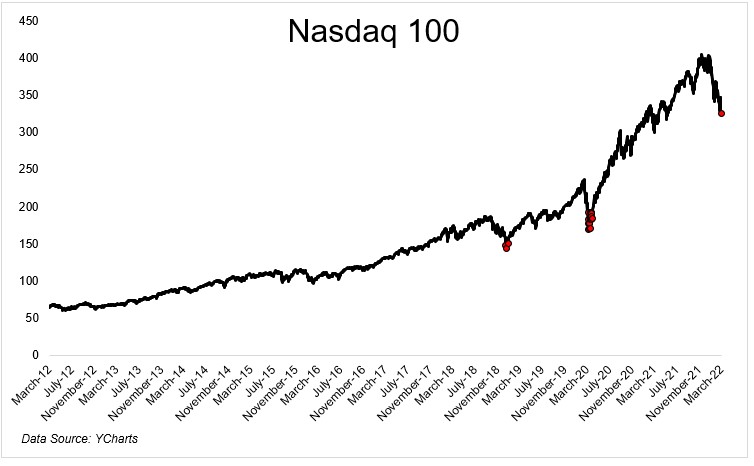 Tech stocks are getting vaporized. Amazon fell 5.6% today, wiping out all the gains going back to July 2020. Netflix and Facebook are trading at the same level they were at in 2018.

The three strongest names in the group, Apple, Google, and Microsoft, are finally losing their bids. All are in correction territory.

The amount of market cap that’s being sucked out of these names is without precedent. The seven biggest stocks in the United States are $3 trillion lower today than they were at their combined peaks. 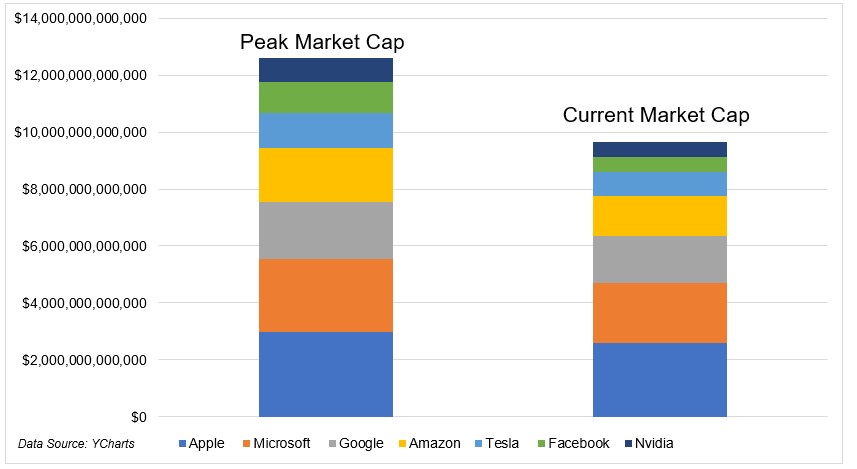 Facebook has shed more market cap than any other stock in the world. $567 billion wiped out. $510 billion remain.

The somewhat messy chart below is sorted by market cap decline. Fun fact; PayPal is the 20th biggest company in the S&P 500 and has the ignominious honor of losing more market cap than all but 7 companies. A 70% decline in seven months for a mega-cap company is really something else. 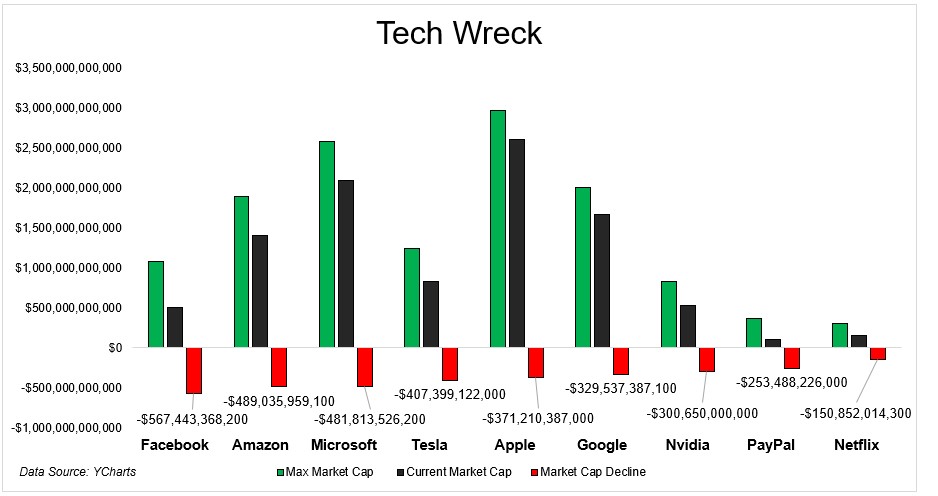 It’s hard to find a lot of positives to say about the current market environment, but I’ll try anyway; These businesses are cheaper today than they were a year ago. Okay, that’s all I got for now.

Have a nice night.