This market is savage. DocuSign was down 70% going into earnings. And on Friday, the stock fell 20%. The company had a market cap of $60 billion in August and is now $15 billion today.

The top line is still growing at an impressive clip (35%), but guidance came in worse than expected. In this market, there is no margin for error. Give investors an inch and they’ll take 20% in an instant. 42x sales to 7x. Ouch. 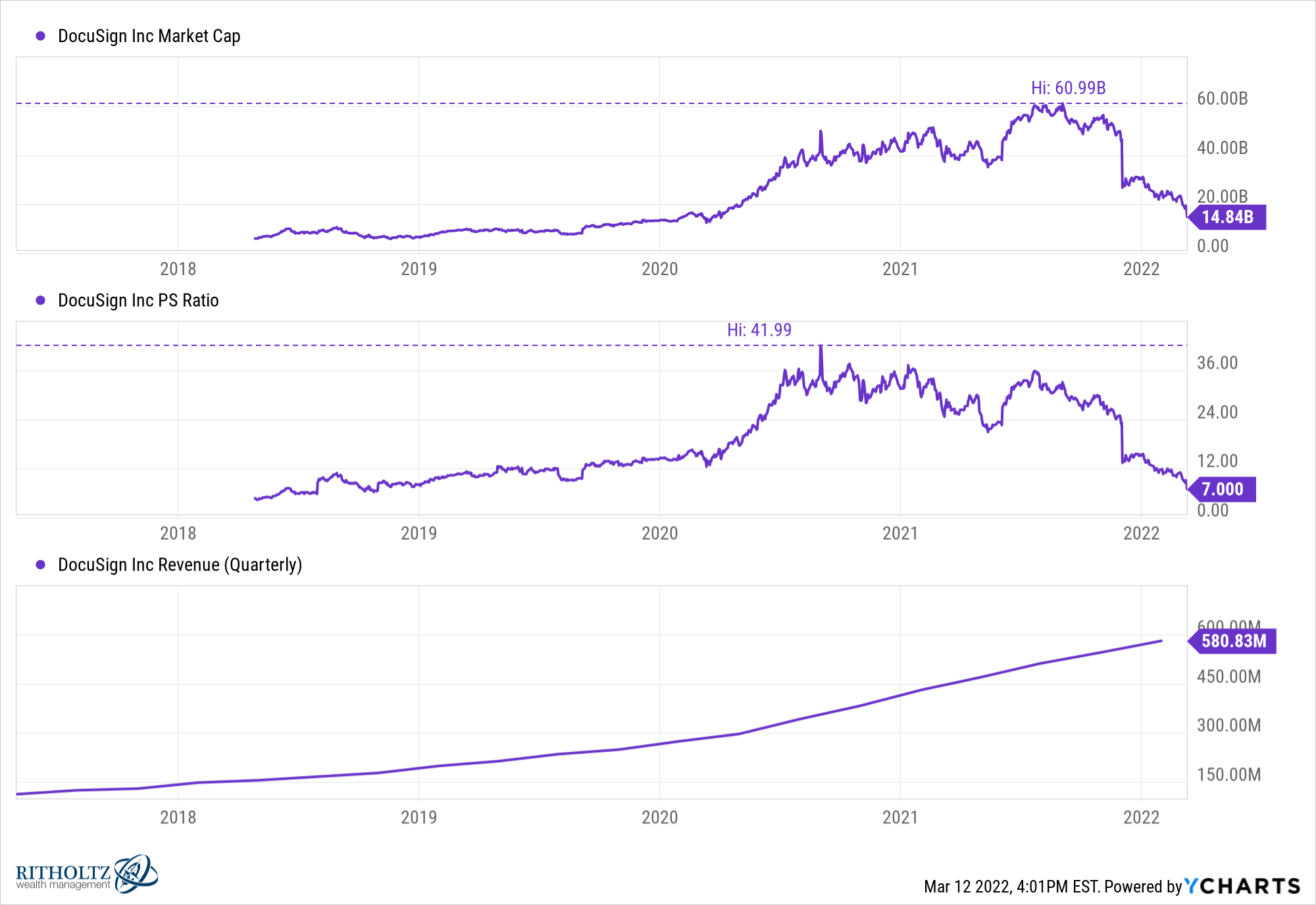 DocuSign’s path is well-trodden. Zoom, Roblox, DraftKings, too many to name. And that was all well and good when the air was coming out of most egregiously overvalued names. This has been happening for the last twelve months, but until recently, the overall market didn’t notice because the names that have all the market cap were holding up remarkably well. Not anymore.

Now the favorite names are getting hit too. Apple, by far the most widely held stock, is 15% off its highs. This leaves us in a place with very few stocks in uptrends. Only 21% of the Nasdaq-100 stocks are above their 200-day moving average. The big question, at least in terms of the market, is how low will the big names go?

I looked at what the average drawdown was for the Nasdaq-100 when <25% of stocks are above their 200-day moving average. It’s 34%, compared to just 20% today. So you could say we’ve got more to go, or, you could say that we already had a washout, and these tend to occur near bottoms. I’m guessing more people would say the former. 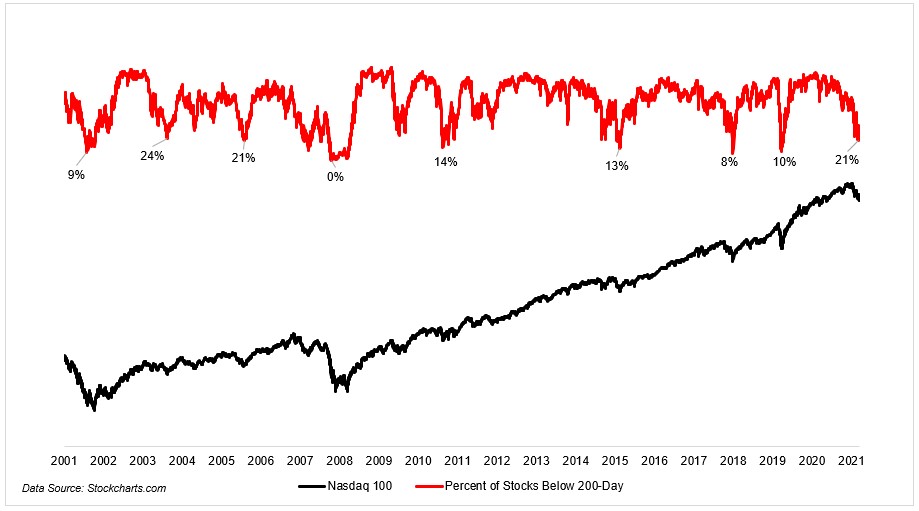 It seems like nobody’s bullish right now, and I completely understand. Investors are taking a beating.  And with inflation and the war in Ukraine, people feel like things are going to get worse before they get better.  The folks over at AAII have put this poll out every week going back to 1987, and it’s rare to see people less bullish than they are today. 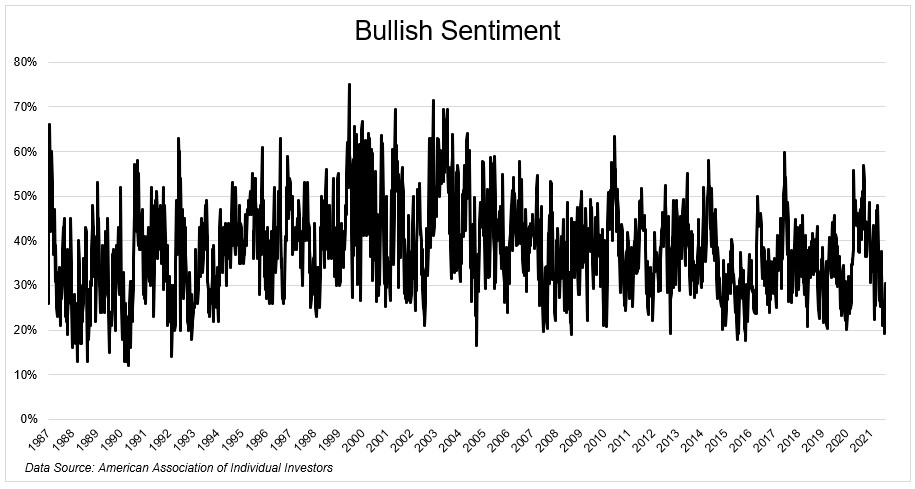 A lack of bulls isn’t in and of itself a reason to be bullish. And it doesn’t mean stocks can’t go a lot lower. For example, nobody was bullish in the summer of 2008, and the market got cut in half just seven months later.  But generally speaking, it pays to be greedy when others are fearful. The 1-year returns for the S&P 50 when less than 25% of people surveyed are bullish is 11% on average, versus 10% for all 52-week periods. Not a perfect track record, obviously, but decent.

That Warren Buffett quote is easy to say when things are going well, but sounds trite when things are going down. “Gee, thanks. I’m down 30% and things are getting worse, but this moron is telling me to be greedy.” That advice might work for people with unlimited money, but it doesn’t cut it for the rest of us. Most of us are just trying to get through this thing, we’re not trying to be heroes.

A lack of bulls doesn’t promise anything, but good things usually happen when nobody thinks they can.