The washout in high-growth stocks continues. At least in the public markets. One-third of tech companies that went public in the last four years are trading below their last pre-IPO private round valuation. 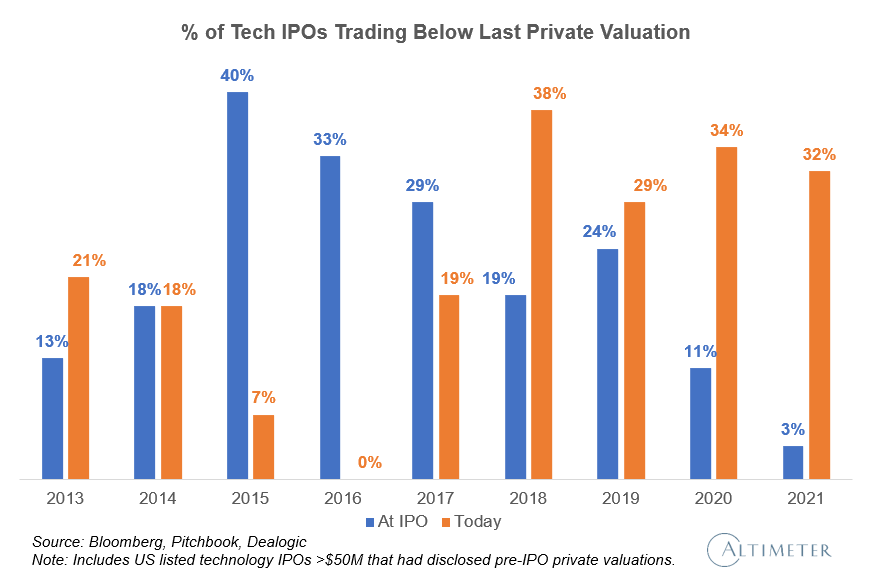 It’s getting harder for privately-held public companies* to stay marked at the same spot they were at their last round considering that they’d be cut in half if their shares were traded on an exchange.

And so the markdowns have begun. Fidelity invested in Instacart’s Series I round in February 2021 at $125 a share. In November, they marked it down by 18% to $102, The Information reports. A month later, T. Rowe marked their stake down to $119, a 5% markdown. Okay, sure.

To use some public comps, DoorDash and Just Eat Takeaway (Grubhub), are currently sporting market caps of $26.5 and $7.2 billion, respectively, and are down 60 and 70% since February 2021. Over the same time, Fidelity marked Instacart down by 18%, to a $32 billion valuation. Doordash did $4.9 billion in revenue last year, almost three times more than Instacart’s $1.8 billion. 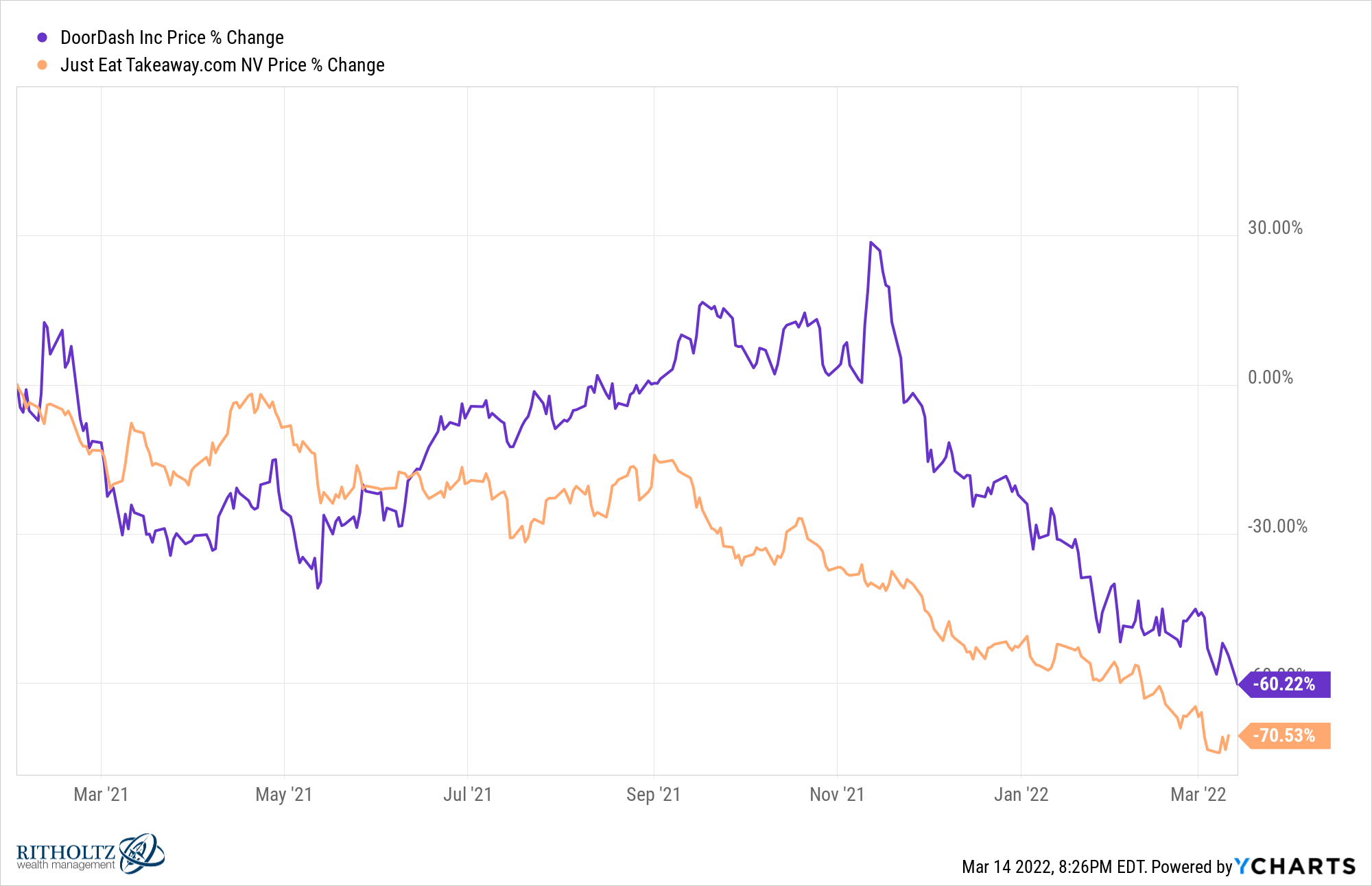 Did a lot of high-growth stocks get overvalued in the last couple of years? Well, considering that most of them are down 70%, that’s no longer up for debate. But investors weren’t completely out of their minds either. These companies are getting bigger quicker than ever before so it’s not surprising that investors extrapolated too far out. Now they’re recalibrating.

This chart comes from an excellent thread by Logan Bartlett. 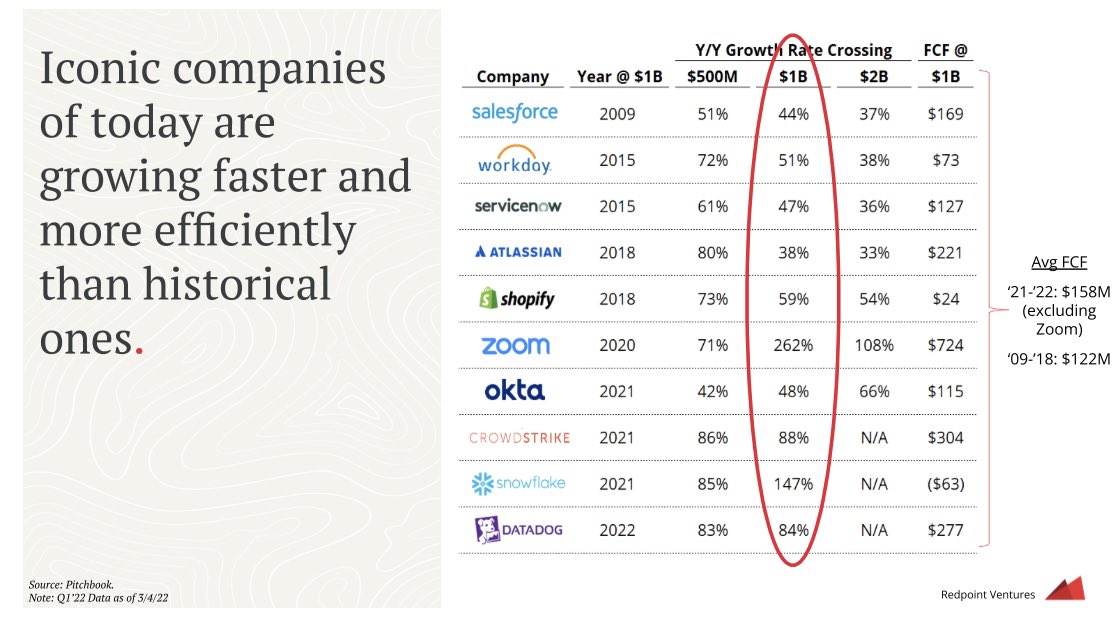 The good news is that these companies are still growing at a ridiculous pace while their valuations have fallen to the average rate going back to 2014. 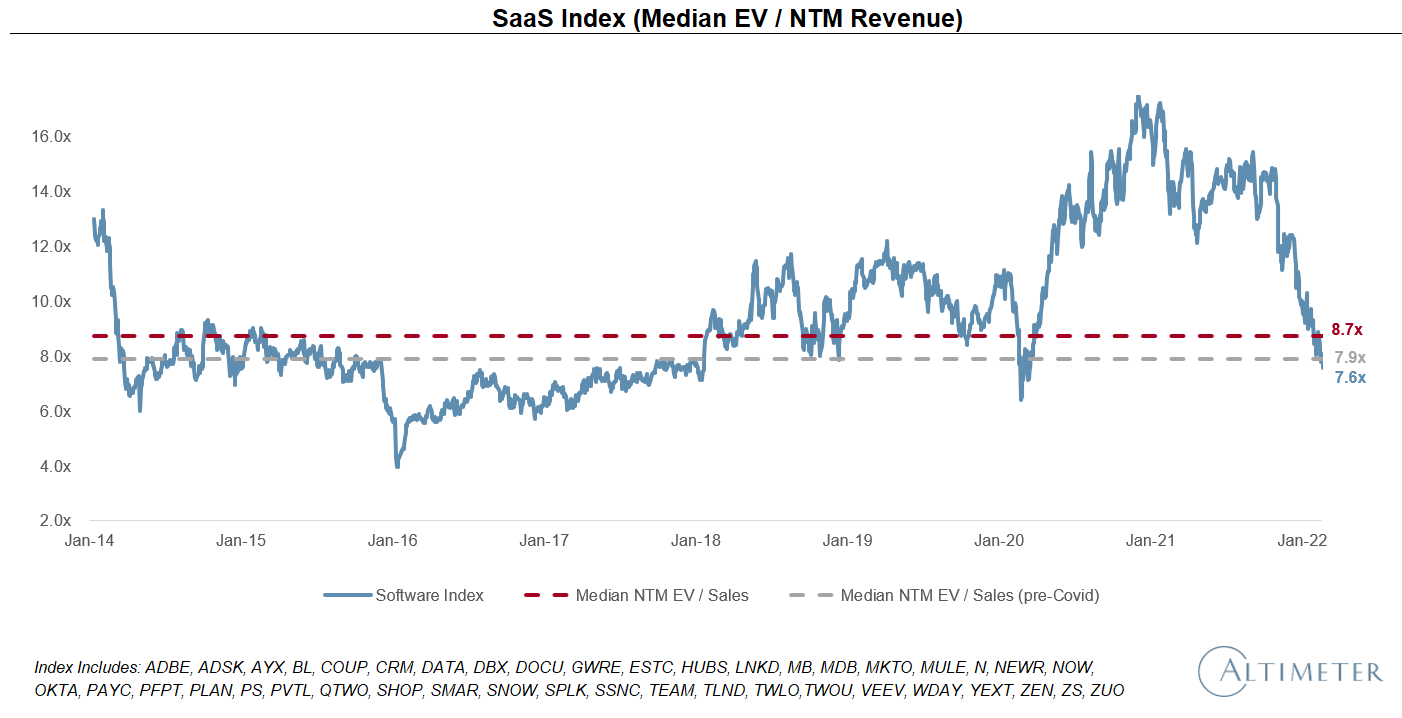 I have little doubt that at some point these names will be insane buying opportunities. We might already be there today. But valuation doesn’t provide a floor in the short-term, and these stocks are still being liquidated, so be careful if you’re trying to catch a bottom.