Are things really that bad? Looking at some of the sentiment data, you would think the unemployment is 10% and the stock market is down 50%.

The most recent BofA Global Fund Manager Survey is pretty gnarly. You have the lowest reading of “managers expecting a stronger economy” since The Great Financial Crisis. 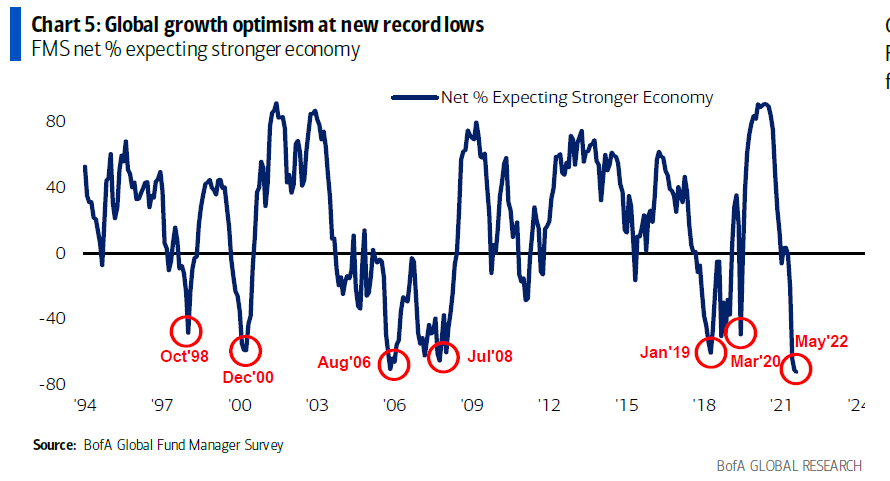 The last time average cash balances were this high was after the dotcom bubble burst. 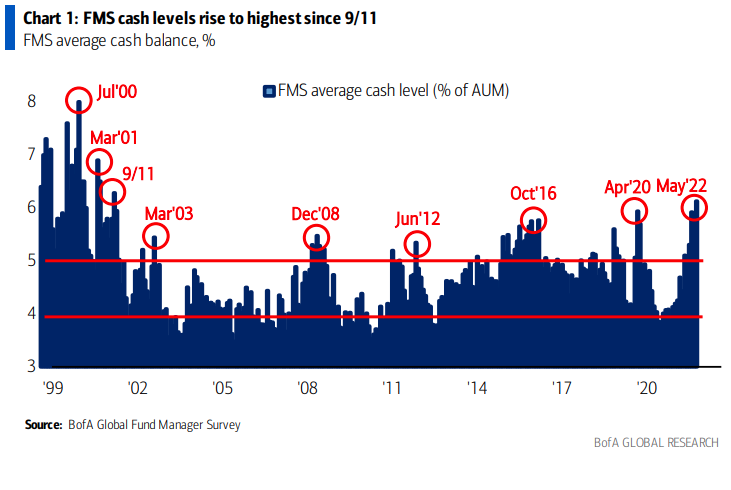 Investors are getting bearish, but consumers have had their heads between their knees for months already, bracing for impact. Josh and I were talking about this last night; we’ve never seen confidence this low outside of a recession, with the exception of 2011, when double-dip fears never came to fruition. 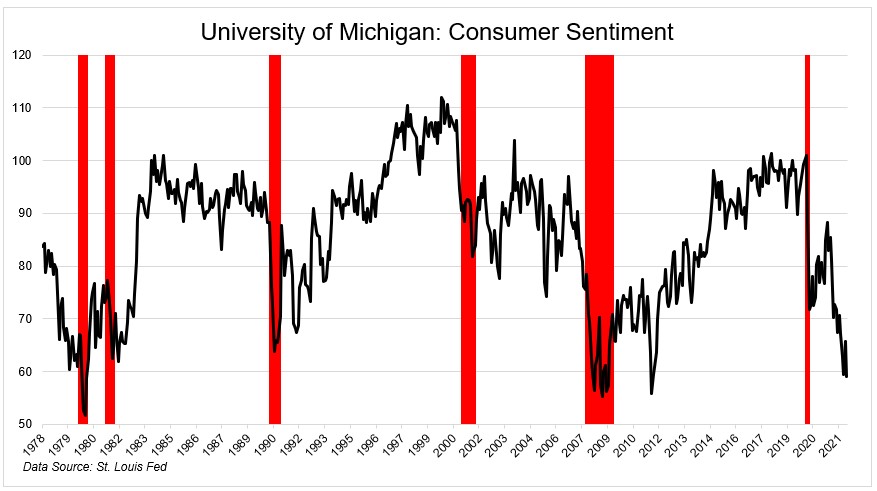 So what gives? I think that it’s never been more clear that we’re heading into a recession, both for those on Wall Street and especially those on Main Street. It feels like prices are going up every day. How are people supposed to keep up? For the first time ever, gasoline is now above $4 in every state. 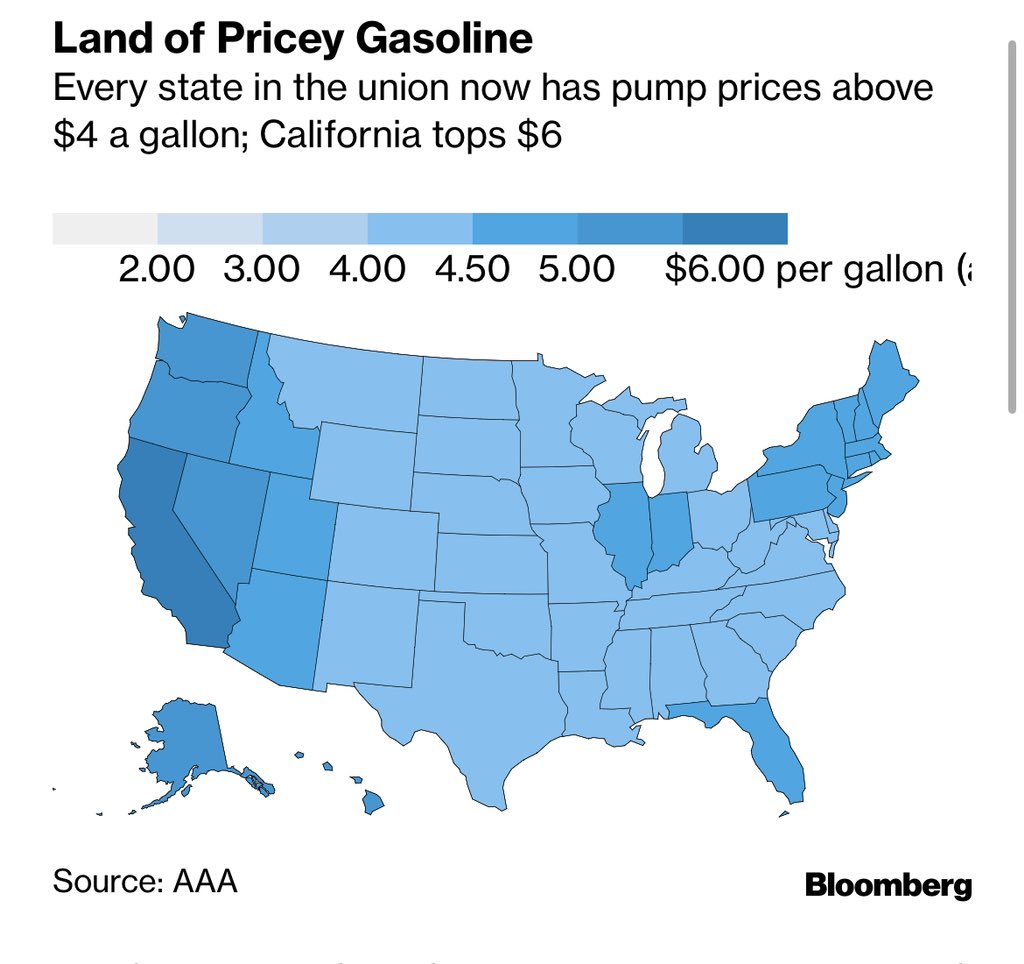 And so while we might not be in a recession, at least not technically, it’s very possible that we already are in one. The red lines in the chart above might be filled in the next time we show it.

Sentiment fell off a cliff because anticipation is such a powerful emotion. A recession that you see coming is psychologically more damaging than one that blindsides you.  It’s the fear of what might be, which actually can be bullish. I’ll come back to this in a second.

On Derek Thompson’s podcast, I said one of the things that worries me is we have yet to see the impact of inflation. We know they’re going to show up in the numbers, they just haven’t shown up yet. Well, this week we got a pretty good read on that, and it ain’t pretty.

Yesterday, Walmart had its biggest daily decline since 1987. Yes, that 1987. Inventory increased 33% year-over-year. Comp store sales rose 3%, due to inflation, but the number of transactions was flat. E-commerce sales rose just 1%, compared with a 37% increase in the same quarter last year. Of course, that number got a giant Covid bump, but still, 1%. Not great. 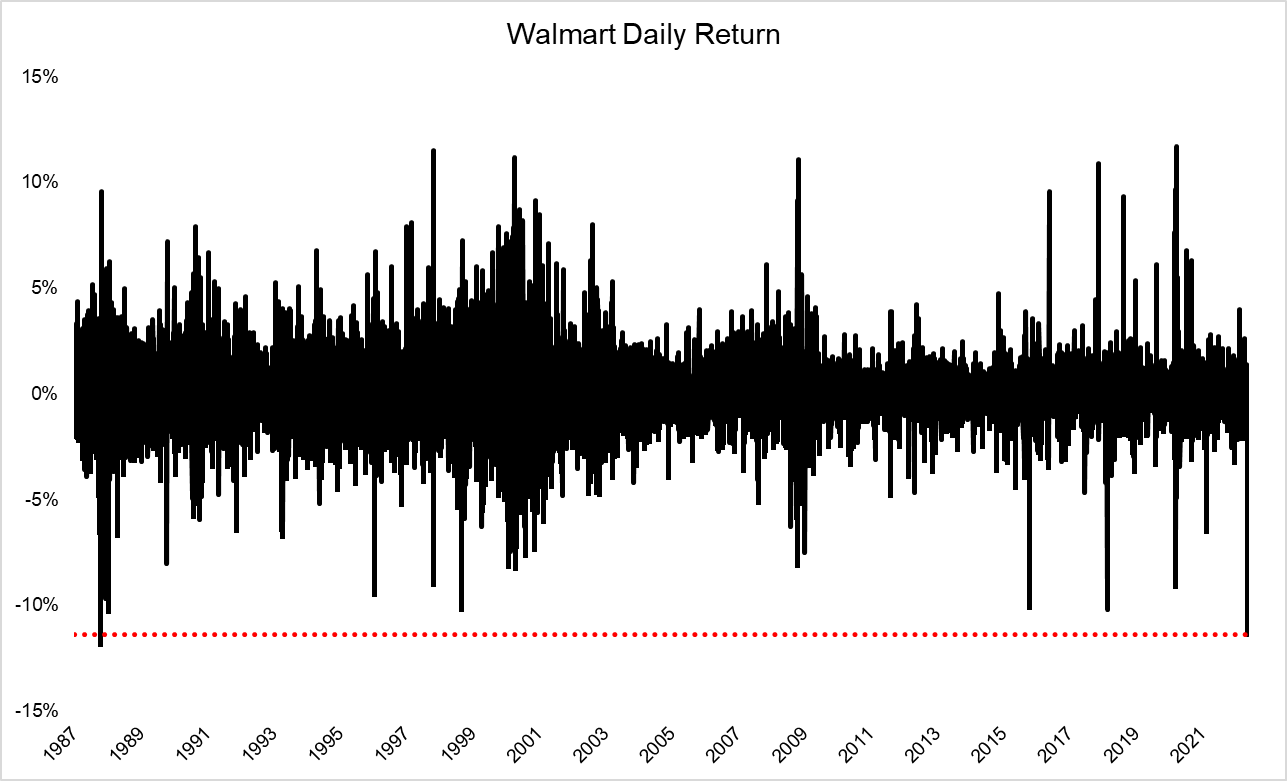 This morning we heard from Target. Same story, worse reaction, The stock is down 25% right now, which would by far be its largest daily decline since Black Monday. Adjusted earnings per share came in at $2.19, versus $3.07 expected, and down 41% from a year ago. Yikes.

Here’s what they told investors today.

Throughout the quarter, we faced unexpectedly high costs, driven by a number of factors, resulting in profitability that came in well below our expectations, and well below where we expect to operate over time

So people are right to be fearful. The economy isn’t in a healthy place, a large portion of the stock market blew up, and bonds, the thing that’s supposed to protect their portfolio, is having the worst start to a year since the beginning of time.

So how can this possibly be bullish? Because what if the monster isn’t as scary as we think it might be? The first half of a scary movie is always better because the tease is more exciting than the reveal. If we go into a recession and the wheels don’t completely fall off the economy, the market can set itself up for a very nice rally. Who knows if we’re there yet, I happen to think it’s too early for that, but my point is we might be selling the rumor only to buy the news. Good things tend to happen when everyone is expecting the worst.