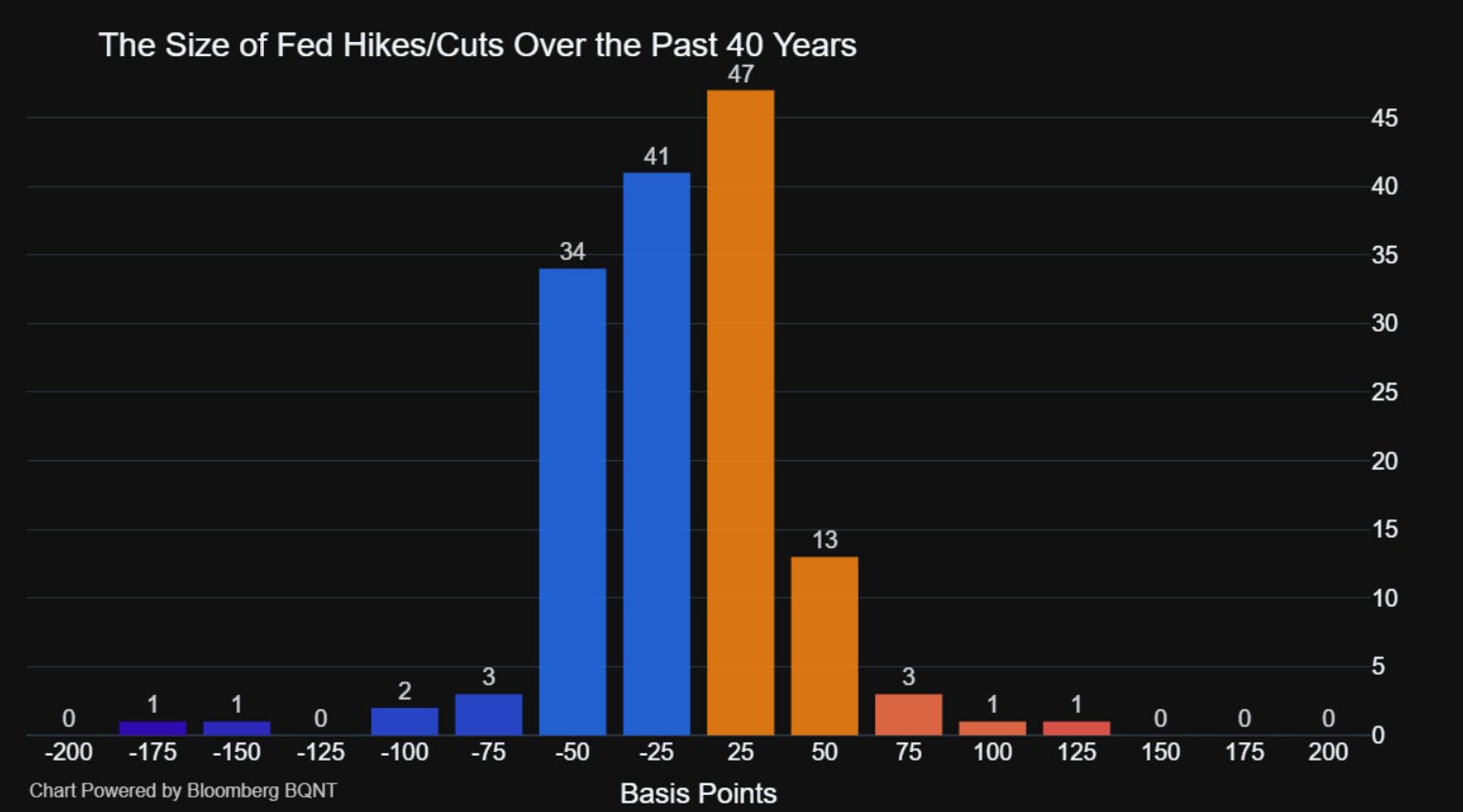 They fed is aggressively raising rates in order to destroy demand so that inflation will come down. Every asset class is impacted by inflation, but only one can call inflation its kryptonite, and that’s bonds. Rising prices erode the value of your fixed coupons, and therefore, prices of existing bonds have to come down in order to get old rates to line up with new higher ones. The return through this week for bonds is off the chart compared to every other year for the total U.S. bond index. 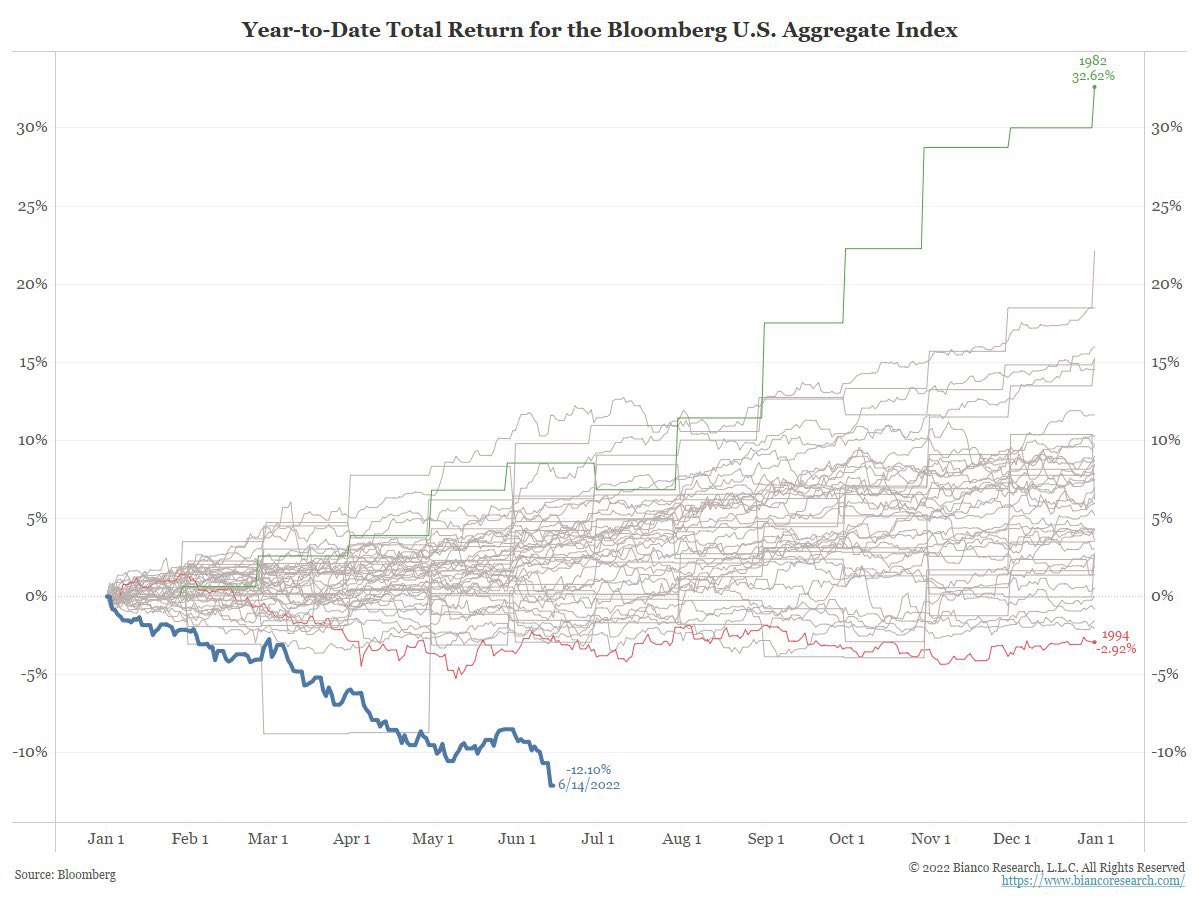 Financial conditions are deteriorating rapidly, which should slow down inflation. The problem with monetary policy is we really don’t know where the line is. How do we cool off demand without sending the economy into a deep recession? The fed is trying to thread a thin needle here, and the market isn’t very optimistic that it will be able to achieve its desired soft landing. 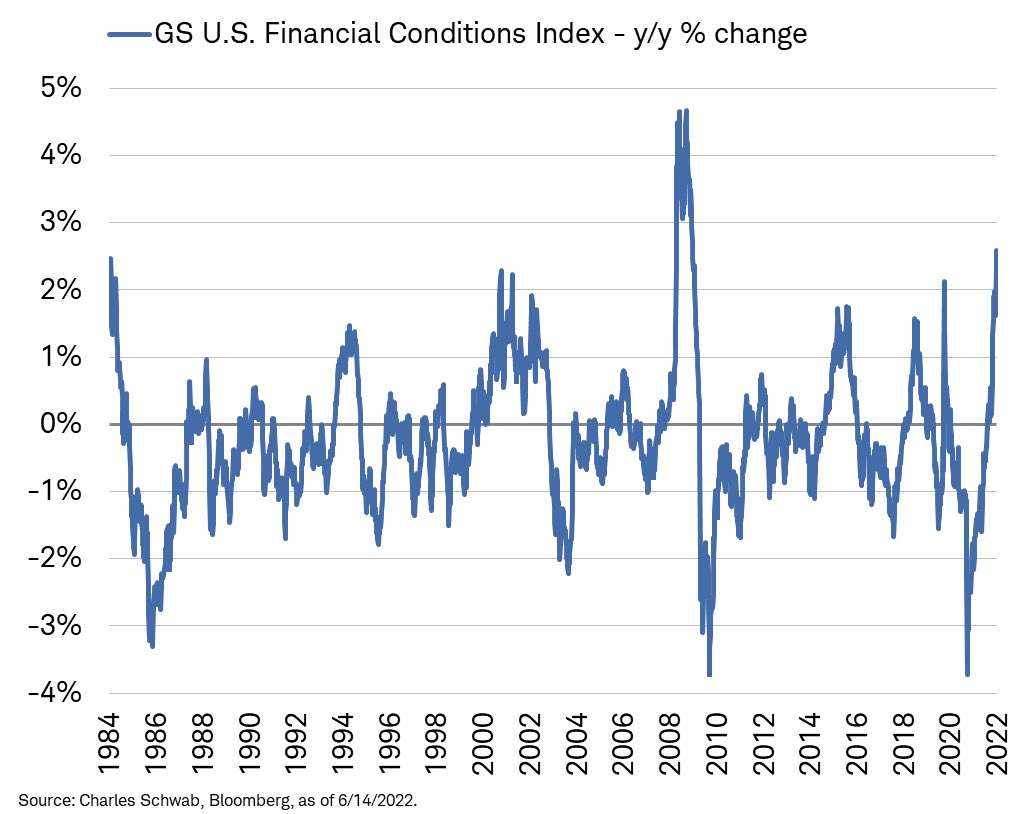 And we’ve witnessed “Yesterday, Bespoke tweeted, “Would you call the largest destruction of wealth in modern market history a “soft landing”?” 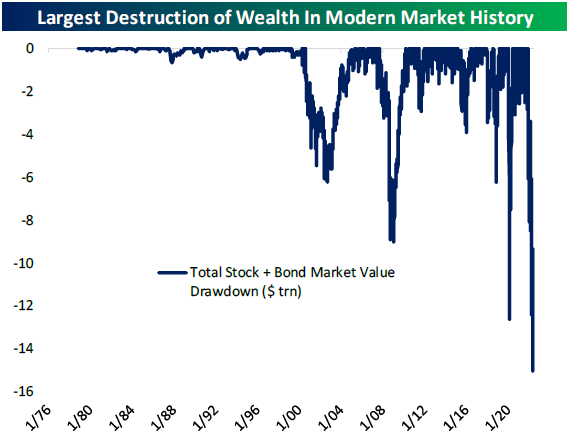 Naturally, people are scared. The ratio of put to call options is approaching pandemic highs. 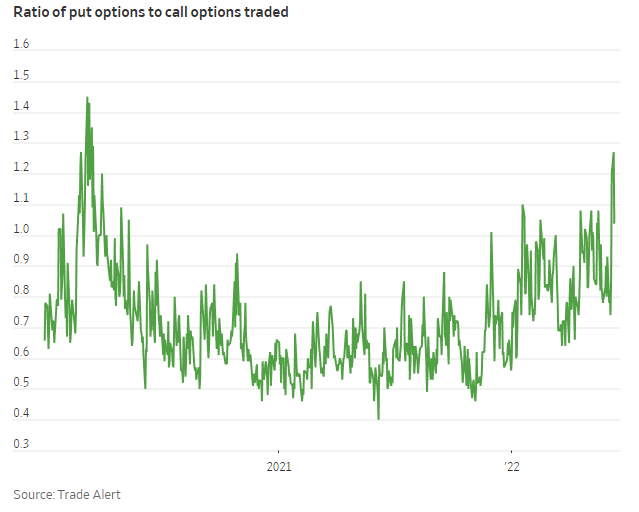 Things are pretty dark out there, but the question everybody wants to know is how much worse are things going to get? Right now the S&P 500 is 23% off its highs, which let’s be honest, that’s not so bad. But is it going to fall 30%, 40? Can it get cut in half? Sure, all of these things can happen. But what if the worst doesn’t come to pass. What if inflation actually does begin to moderate? What if the economy bends but doesn’t break? Then how much of the risk has already been priced into the market? I’d argue quite a bit. And this is where I can start to get excited.

The S&P 500 index is probably not a great measure of how bad things are because the mega caps have hidden a lot of the carnage. I  wanted to take a look at what the average stock is doing. For the sake of ease, I used the Dow and Nasdaq 100, as calculating the drawdown individually for 500 components would have taken forever. The Dow is only 30 stocks, and there has been turnover in the index, but I think this is a decent representation of the overall market. Alright enough throat clearing, here is the data. Right now, the average stock in the S&P 500 and the Dow are both down 29% from their highs. 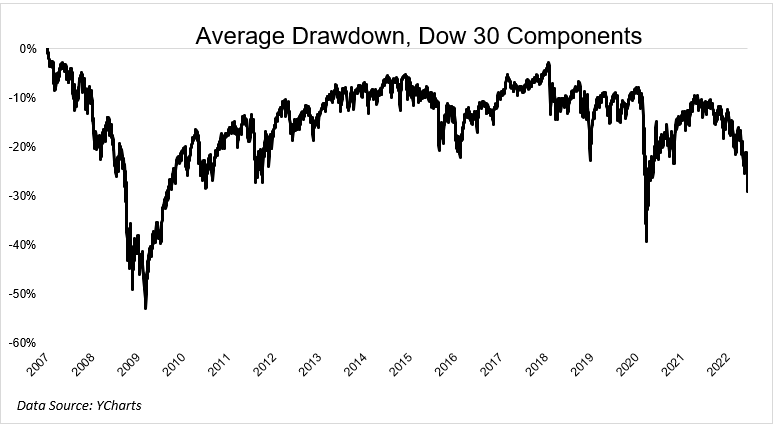 The average stock in the S&P and the Dow are not being beaten up as badly as they were during the Covid crash. The same cannot be said for the Nasdaw, where the average stock is getting killed, down 41% from its highs. 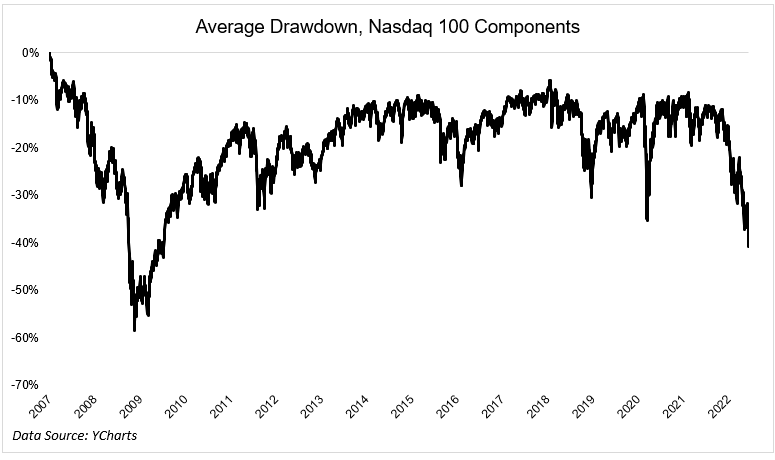 Look, I’m not going to sugarcoat this or pretend I know that this is a huge overreaction. Things are bad and the stock market is reflecting that reality. When you’re reading opinions, like mine for example, remind yourself that nobody knows how bad it’s going to get, or how long the tough times are going to last. Same thing with people who are telling you the bottom is in. Nobody knows. N-O-B-O-D-Y.

If you’re not in a position to take advantage of the selloff, then you have to at least be able to survive. Things will get better. They always do.