There’s a reason why index funds have more than $10 trillion in assets. Picking stocks that outperform the market is very difficult.

When you look at potential outperformance relative to the time, energy, and frustration it takes to beat the market, most investors come to the conclusion that it just isn’t worth it. 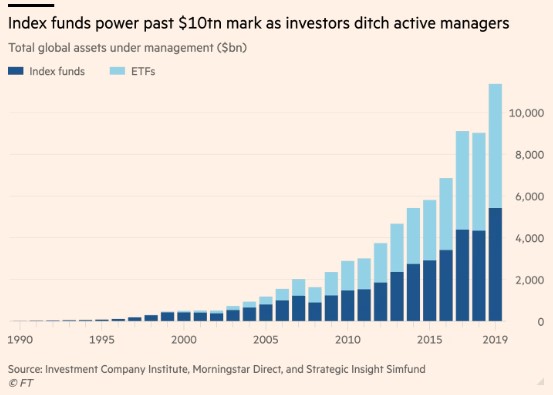 One of the most illuminating papers on this comes from Hendrik Bessembinder, who found that of the 26,168 firms that listed public equity between 1926 and 2019, 15,132 of them (58%) reduced shareholder wealth over their full lifetime when compared to risk-free treasury bills.

I was thinking about relative performance today when looking at Facebook, one of the biggest success stories of all time. Facebook came public in 2012 and was one of the biggest winners of the next decade, peaking at a market cap of $1.078 trillion. But now the stock is nearly 60% off its highs and all of the outperformance since its IPO has been wiped out. This blew my mind.

Since coming public in the summer of 2012, Facebook has underperformed the Nasdaq 100. To add insult to injury, it was way more volatile along the way, with three separate 40% drawdowns. Right now, the Nasdaq-100 is -30%, which is its most painful drawdown of the last decade. 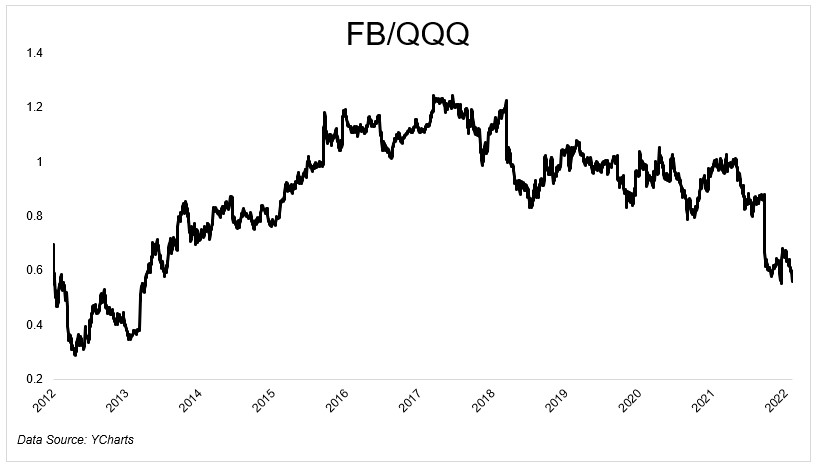 Netflix is another former world beater whose seen a decade of outperformance disappear. Netflix and the Nasdaq have the same total return going back to 2011. In fairness, that’s right before Netflix had a huge drawdown, but even if you go back to 2014 when it recovered its losses, it still only kept pace. Said differently, if you bought Netflix at any time since 2015, you would have been better off owning the Nasdaq 100. 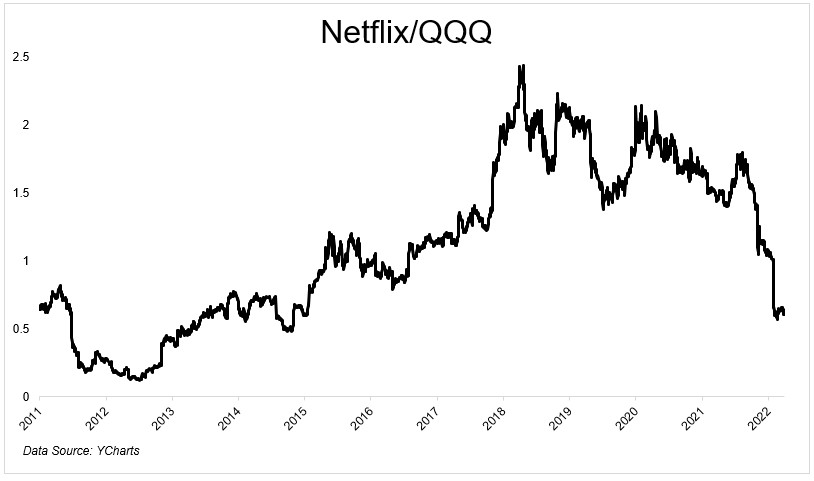 Facebook is still up ~315% since coming public which is an incredible success story. But again, the Nasdaq-100 is up 390% over the same time*.

I’m not saying anything we all don’t know; picking stocks that outperform is hard. But I was shocked to learn that even the giant that is Facebook only kept pace with the index.

One of the more underappreciated stats in investing is Bill Miller’s streak of fifteen consecutive years of outperforming the S&P 500. We’ll never see anything like that again.