You probably noticed that things are very weird right now. The stock market is imploding but the economic data is still pretty okay. We’re probably not in a recession right now, but the market is acting as if one is imminent.

I was listening to Conor Sen and Derek Thompson today and Conor made a good point. During the GFC and the tech bust, we were already in a recession by the time the S&P 500 was in a bear market. In fact, if we don’t get a recession, it would be the only time in the last 50 years, with the exception of 1987, where stocks fell 20% and we didn’t get a bear market. Said differently, not all recessions have bear markets, but almost all bear markets come with a recession. 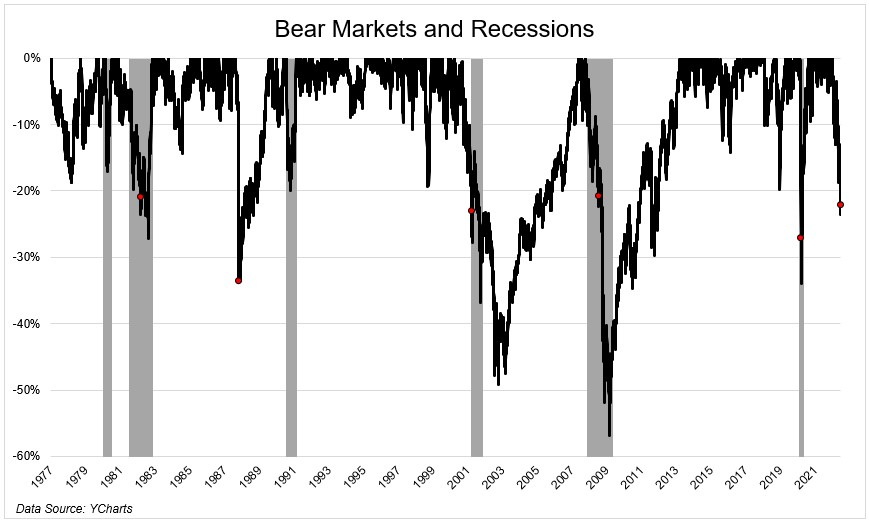 You might say that we’re going into a recession, and may even be in one right now considering that we already saw a 0.4% decrease in real GDP during the first quarter. A fair pushback to that is the decline was primarily due to inventory build from late last year, as well as a decline in imports. Neither of those falls into the category of a consumer slowdown or layoffs, which are things that you typically associate with a recession. 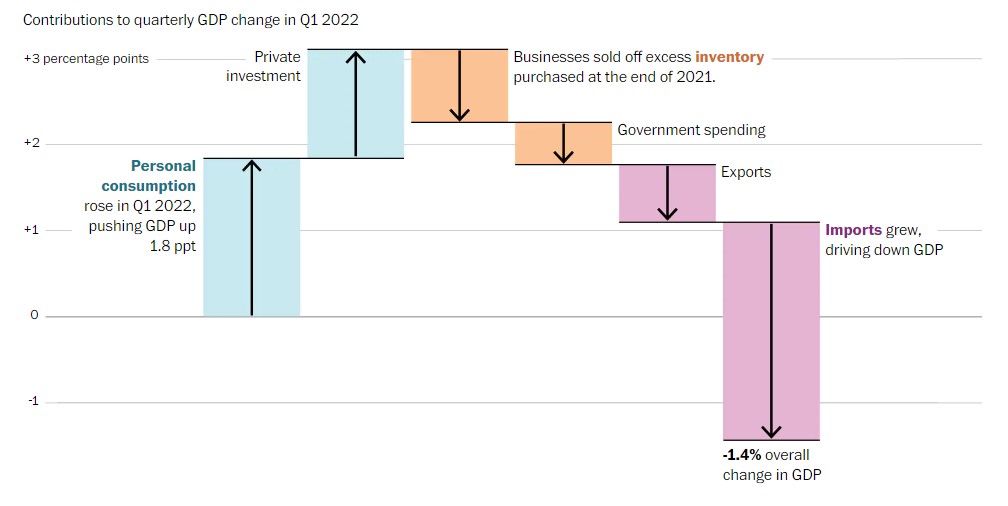 Could similar issues drag GDP down again in the second quarter, marking an official recession? Sure, why not? But if you look at things like initial jobless claims, alarm bells are hardly ringing. We’re basically at an all-time low here. 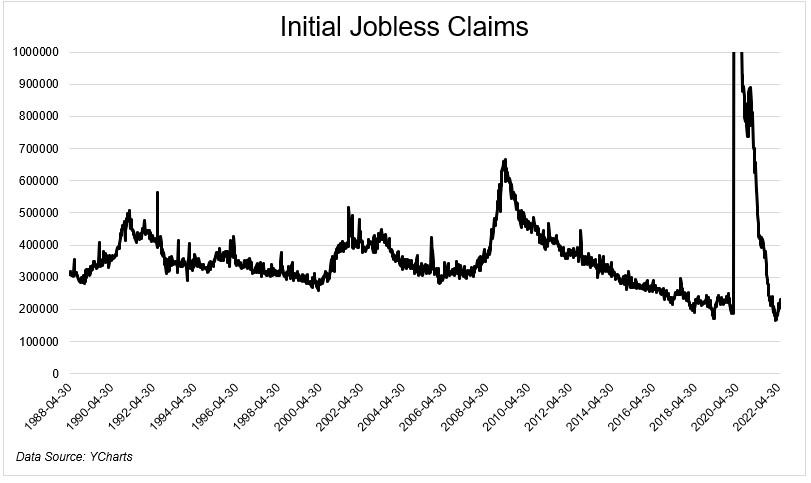 This is weird because it feels like all we’re hearing about are layoffs from high-profile companies. The thing is, these are mostly concentrated in tech names and companies that hired too fast or are going a different direction; Coinbase, Robinhood, Netflix, and Tesla, to name a few. Take a look at this neat chart below which shows this dynamic. 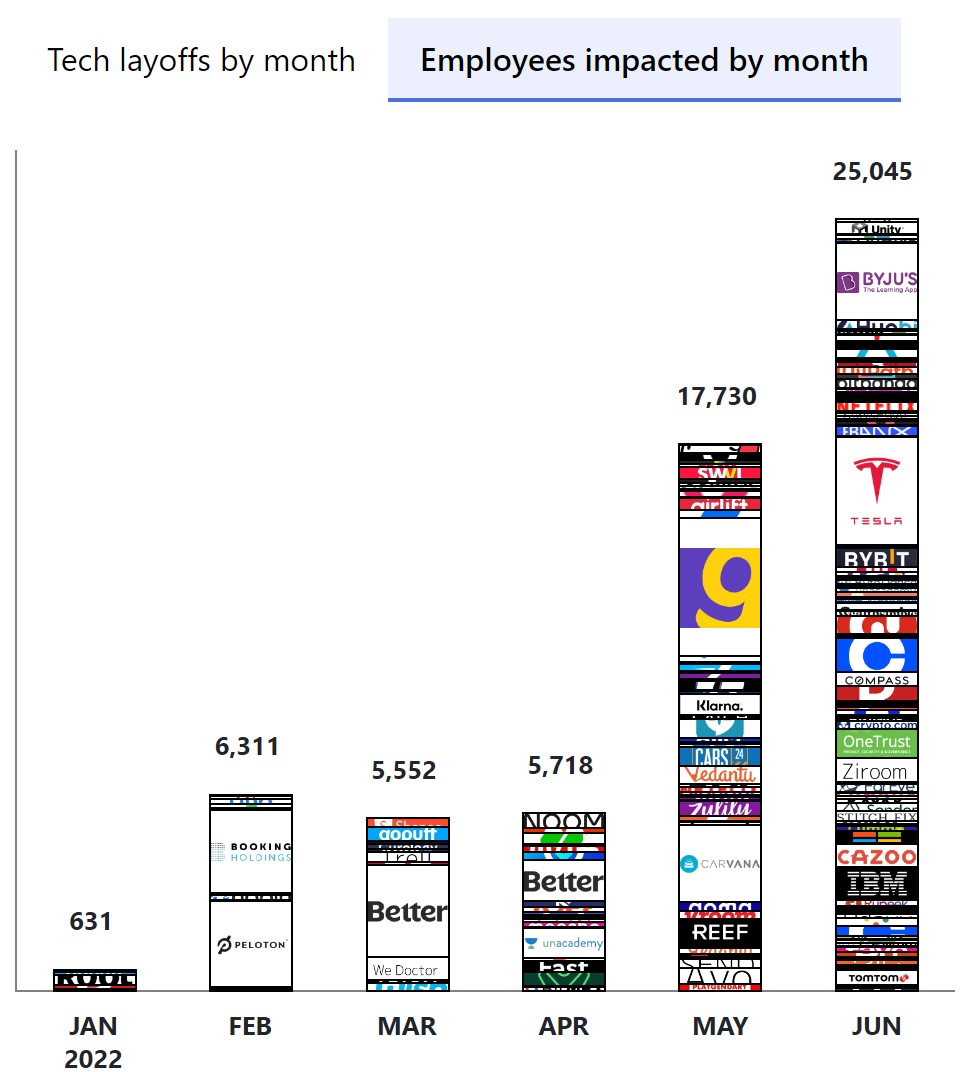 So maybe we get recessions in certain industries and not others. Housing, for example, should see a significant slowdown, given the doubling of interest rates. And homebuilders are aggressively pricing this in. Lennar just reported record numbers, and the stock is getting killed. I know stocks are forward-looking, that’s my point. 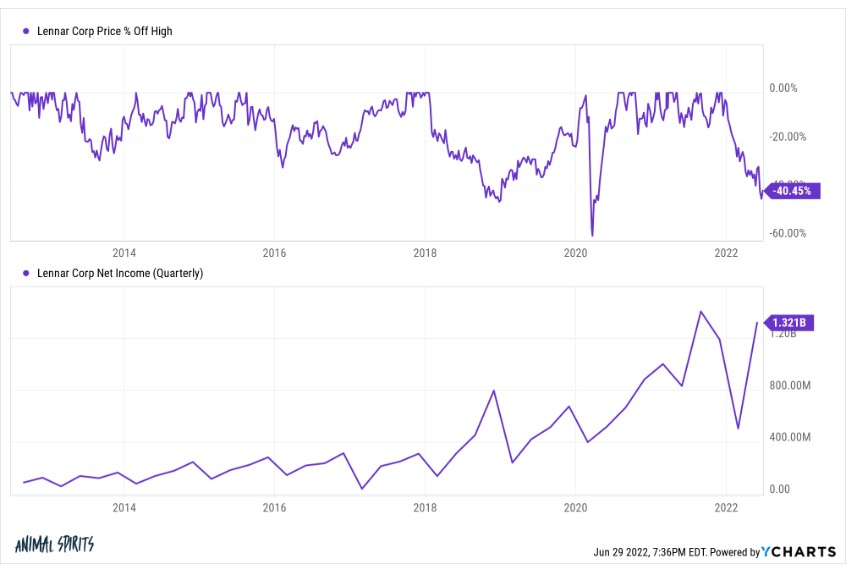 On the one hand, inflation accelerated in the most recent report. On the other hand, commodities are rolling over while inflation expectations are coming in.

On the one hand, higher prices and rising rates should destroy demand. On the other hand, consumers have never been better positioned for a recession.

On the one hand, rising rates should make it more expensive for companies to borrow. On the other hand corporations went on a borrowing binge last year and have plenty of cash on hand.

I’ll end this with a quote from Adam Tooze, who wrote:

In the last 18 months we have seen the fastest global growth in 50 years, followed by the most rapid slowdown, creating what is in the BIS’s view, a global economic configuration unprecedented in history.

In the current conjuncture, if you aren’t puzzled you don’t get it. This isn’t your common or garden slowdown. Admitting to disorientation is a sign of honesty and realism.