Well that was rough. The first half of the year saw the worst performance for risk assets in a long, long time. 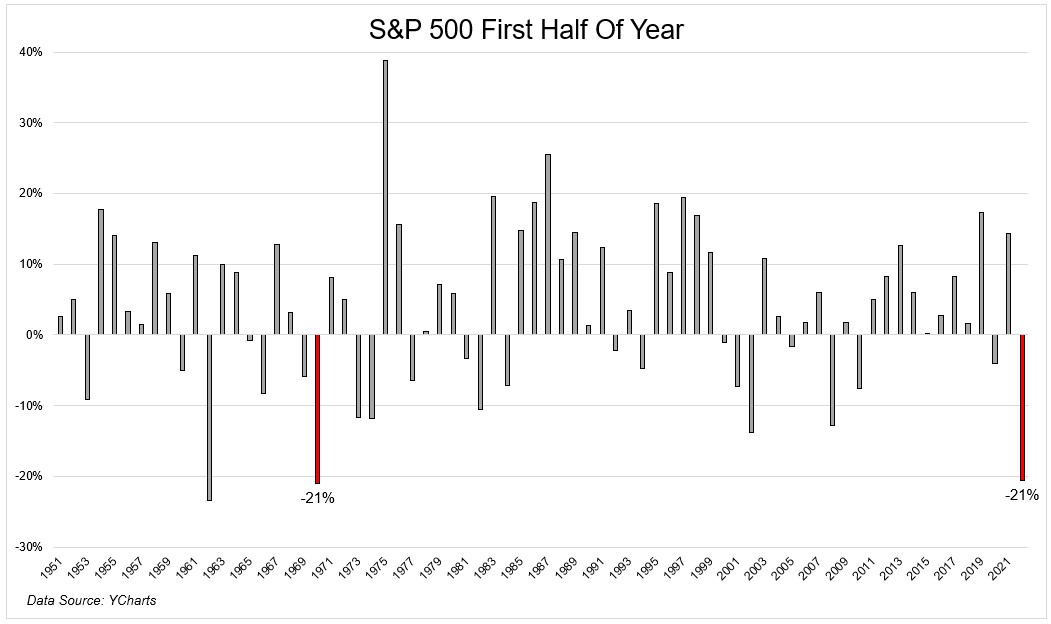 It was the worst start ever for the Nasdaq, which fell more than 30%. 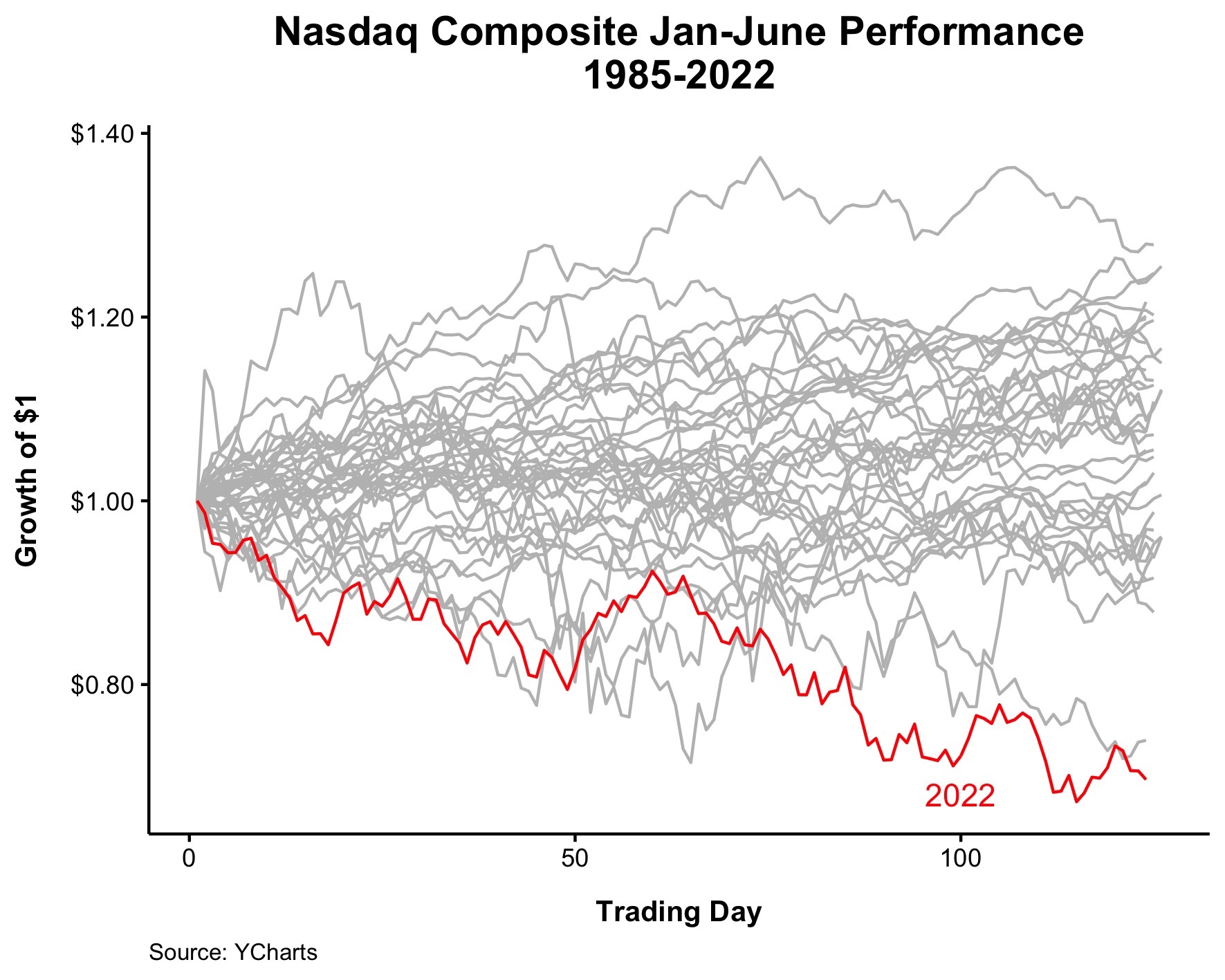 Making matters worse, it was also the worst start to a year for risk-off assets. The 10-year treasury note hasn’t seen a first half like this since George Washington was in office.

It’s funny that once we’ve experienced a painful decline, people seem to think that the worst is ahead of us. That may be the case, but it’s more likely that the worst is behind us. But even though the worst may be behind us percentage-wise, max pain may be around the corner. Going from down 20% to down 30% may only be a 12.5% move lower, but it will feel a lot worse than that. The numbers may tell you that it’s not as bad, but numbers don’t drive decision-making, feelings do.

The good news in all the bad news is that forward returns get better with every leg lower, as you can see in the table below.

We’re in a bear market. We just experienced a massive amount of pain. Could things get worse? Yes. Will they eventually get better? Absolutely.