Buyers and sellers always have different views of what something is worth. This is true with small items like coffee mugs and truer still with large items such as your home.

I poke around on Zillow fairly regularly, and one house around where I live caught my attention. The home was built in 1950, it has four beds and two baths, and I’m guessing ~2,000 square feet. Judging from the pictures, it hasn’t had any work done to it in a long, long time. Take a look at the asking price. 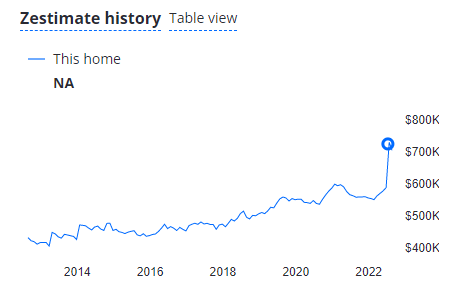 If they were to meet at the 50-yard line, I’m guessing the sellers and potential buyers are each at their own 30. Sellers are anchored to 2021 prices, while the equation clearly changed for buyers due to a rise in interest rates, inflation, and a slowing economy.

This story is playing out all over the country. We heard about the state of the housing market from Toll Brothers on their quarterly earnings call last week:

As our third quarter progressed, we saw a significant decline in demand as many prospective buyers stepped to the sidelines in the face of steep increases in mortgage rates, significantly higher home prices, a volatile stock market and rising inflation. Buyer confidence was also impacted by the nonstop headlines about a softening housing market and by a general sense of uncertainty regarding the future direction of the economy. All of these factors led to a market change in psychology, and buyers remain cautious through the summer months. For most of the third quarter, we purposely did not chase buyers with incentives as we felt demand was very inelastic. Buyers were on the sidelines. They were not looking for a better deal.

Not only are buyers on the sidelines, they’re even pulling out of previous agreements. 63,000 home-purchase agreements were called off in July, equal to 16% of homes that went under contract that month. That’s the highest rate in more than two years. 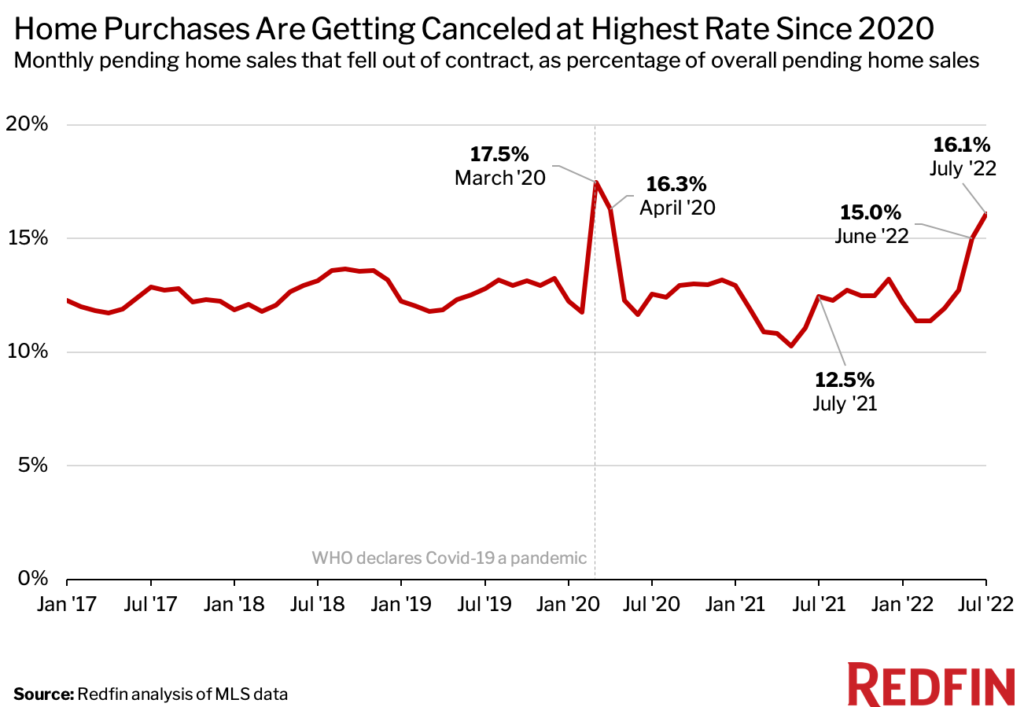 One of the reasons for all the chaos in the housing market is mortgage rate volatility. The average 30-year fixed mortgage rate is 5.95% today, up from a 52-week low of 2.91%. The chart from Lance Lambert looks like a Jackson Pollock painting. 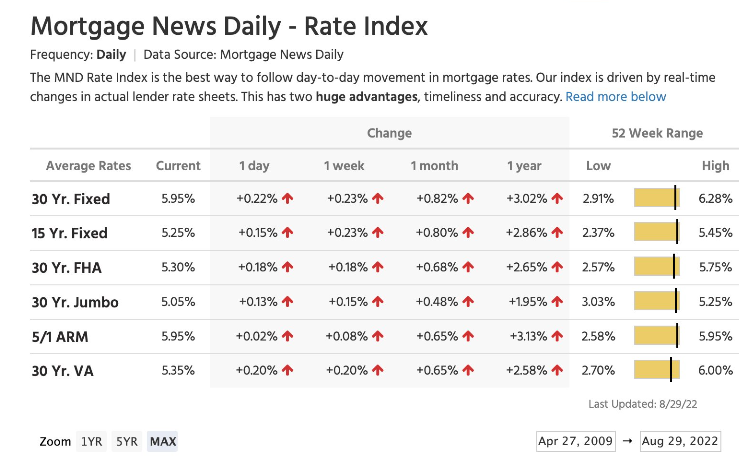 Desirable homes at the right price are still flying off the shelves, but we’re starting to see some evidence of normalization in the housing market. Median days on market are still absurdly low, but it’s heading in the right direction. 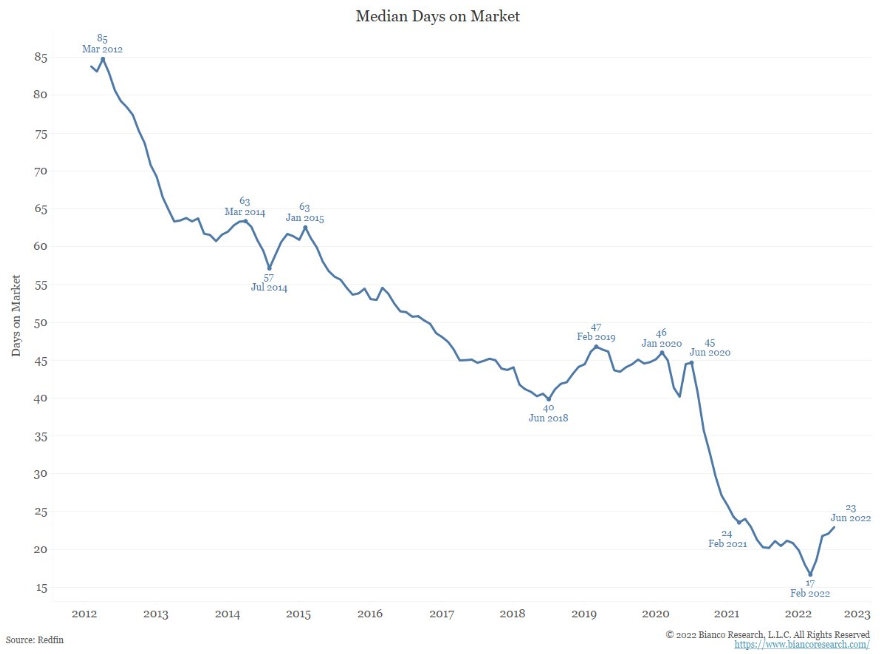 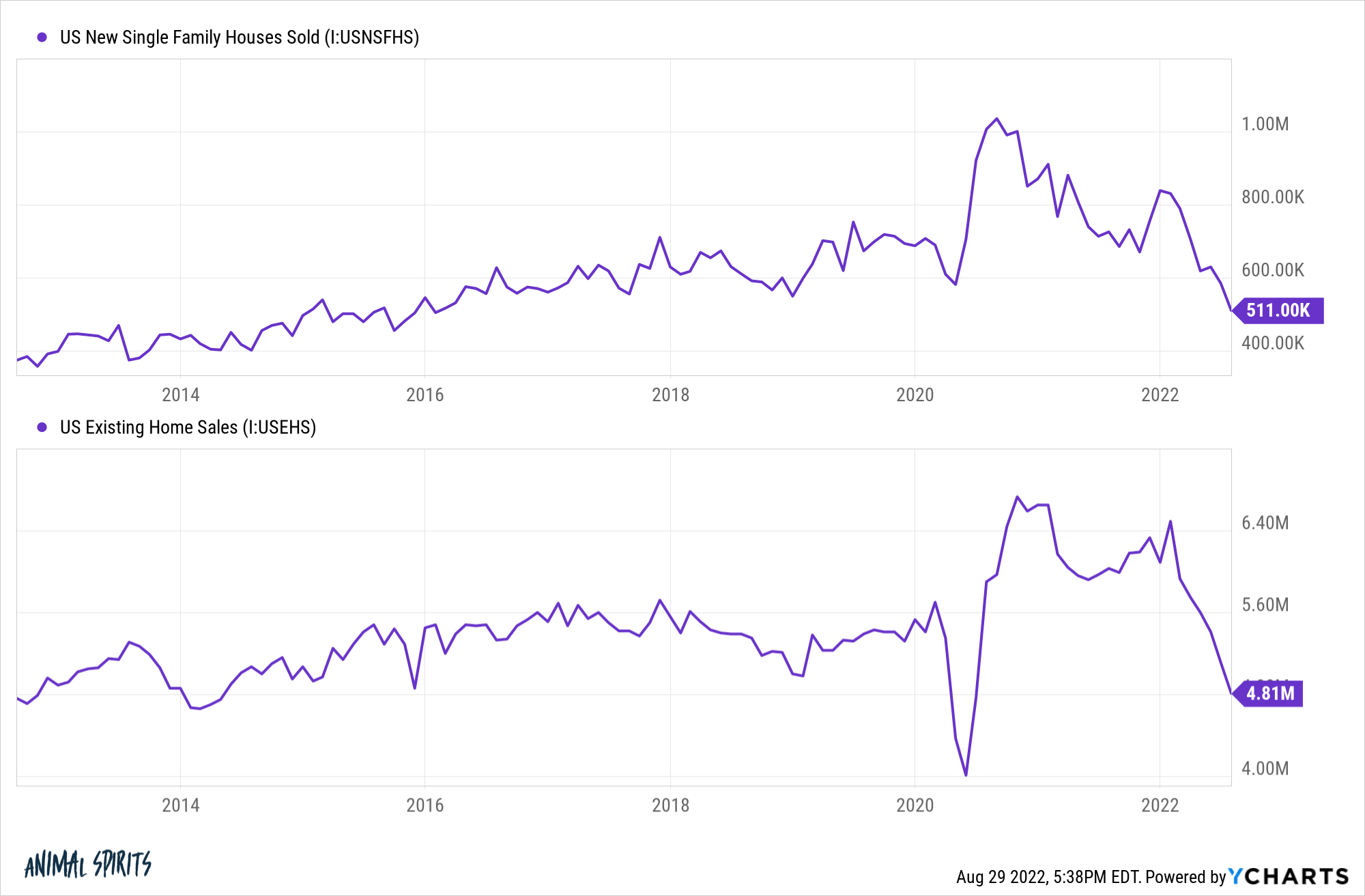 …But prices are still highly elevated. 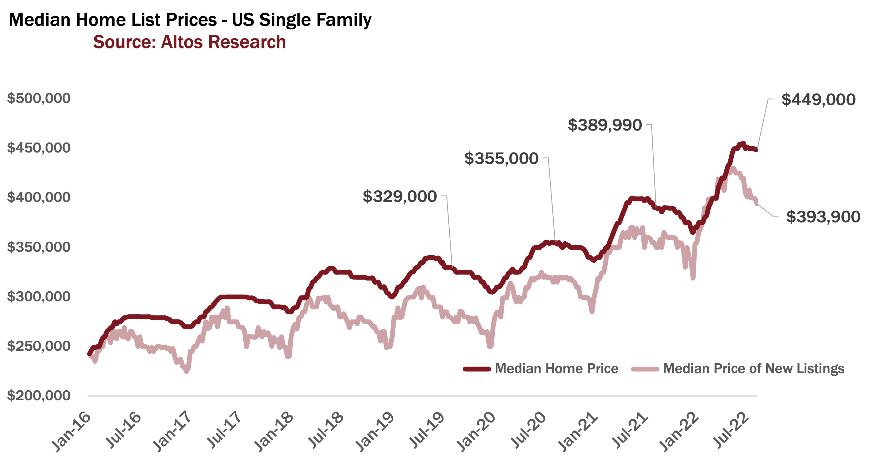 While buyers and sellers are a mile apart, I give sellers the upper hand. There’s just too much structural demand and not enough structural supply. Home prices can and almost certainly will fall, but I think a crash is unlikely.

Despite the near-term uncertainty, we believe that many fundamental drivers that have supported the housing market in recent years remained firmly in place.

These include favorable demographics, with more and more millennials reaching theirprime home-buying years and baby boomers relocating as they embrace new lifestyles, the undersupply of new homes over the past decade, which has led to a large deficit and tight supply of homes for sale, migration trends driven by more workplace flexibility and the greater appreciation for home that Americans have embraced in the past few years.

We believe these long-term secular trends will continue to support demand for homeownership well into the future.

In other news, even the big boys are rattled by the housing volatility. Blackstone recently announced it will stop buying single-family homes in 38 US cities. While an interesting headline, institutional investors make up a tiny fraction of the overall housing market, at least at the national level. 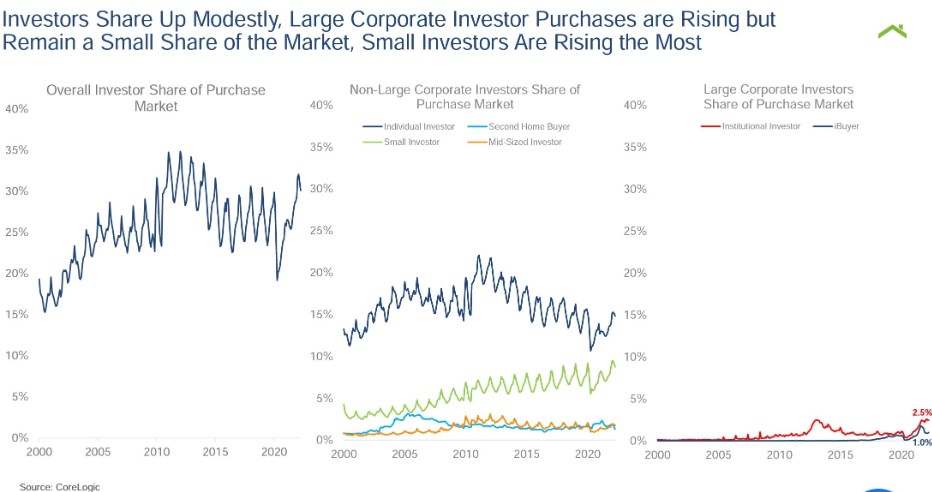 Eventually the market will find an equilibrium, but right now the housing market is drunk and needs time to sober up.