It seems like everyone is bearish due to a combination of inflation, rising rates, the fed trying to slow demand, falling stocks, and housing rolling over. But a lot of the economic data doesn’t seem to be cooperating with the bearish narrative. Yesterday, for example, U.S. jobless claims fell for a fourth consecutive week to a 3-month low.

As earnings season wraps up, we’re still not seeing much deterioration in corporate America. S&P 500 earnings grew 6.3% for the second quarter, with 75% of companies beating bottom-line expectations. This looks nothing like a recession, where the average decline in earnings is 21.3%. 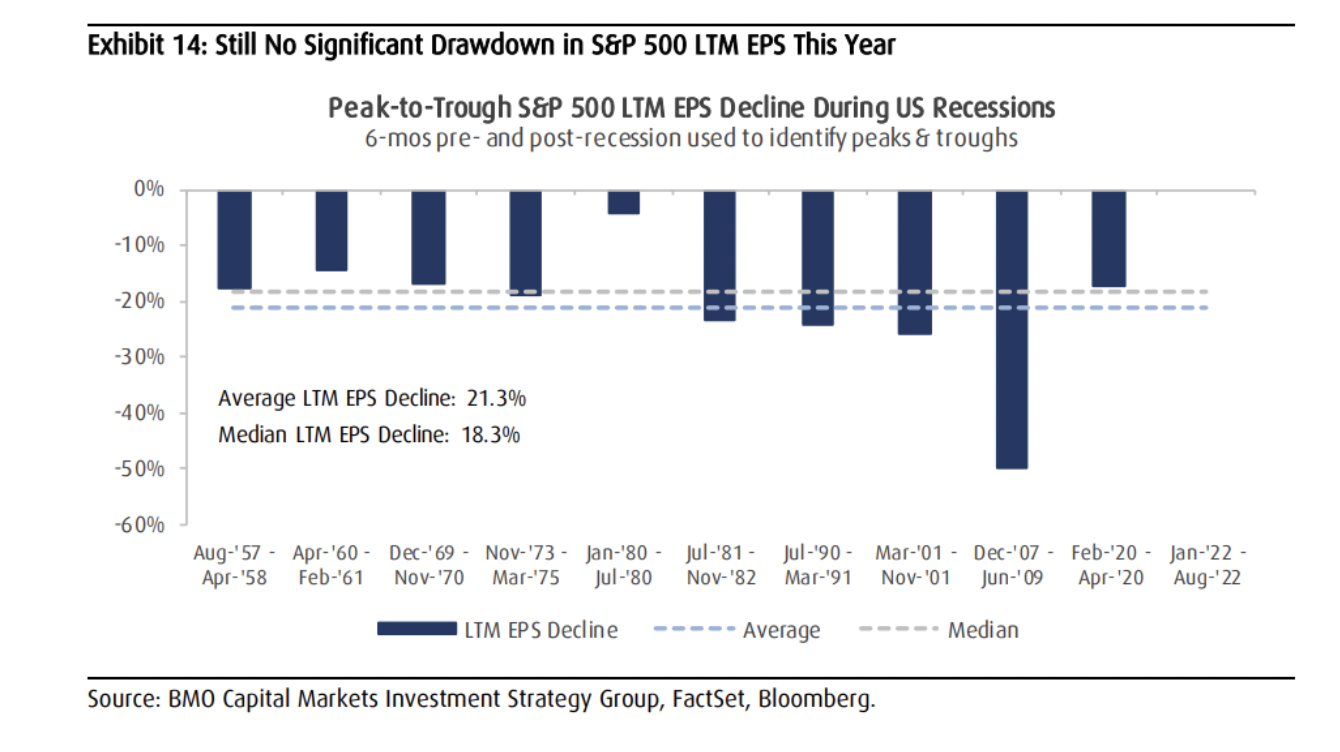 The U.S. economy is driven by the consumer, and they’re still spending at record numbers, even after inflation.

And speaking of inflation, it does appear that the largest price increases are behind us. Gasoline is down 24% from its highs, shipping rates from China to Los Angeles are down 60%, and used car prices just had their largest monthly drop since April 2020.

Is everything great? Hardly. But maybe things aren’t as bad as people fear either.

We spoke with Brian Belski about how hard it’s been to remain bullish, and the data he’s looking at to make the case. I think you’re going to like this one. Have a great weekend.