Things that have never happened before happen all the time. I don’t know where I first heard this quote, but paradoxically, it’s the one true iron rule of markets. There are no iron rules.

Stocks and bonds usually don’t fall together, especially not for a prolonged period of time. But that’s exactly what’s happening today.

September was the sixth consecutive month where stocks and bonds were below their ten-month moving average. The only other times such a streak occurred were in 1931 and 1974. Assuming this trend stays intact for October, and that’s looking likely, 2022 will enter the record books as the longest sustained decline for stocks and bonds. And with the yield curve inverted and cash offering a relatively attractive rate of return, investors are piling in to the warm blanket of safety. We just witnessed the largest inflow to cash since April 2020. 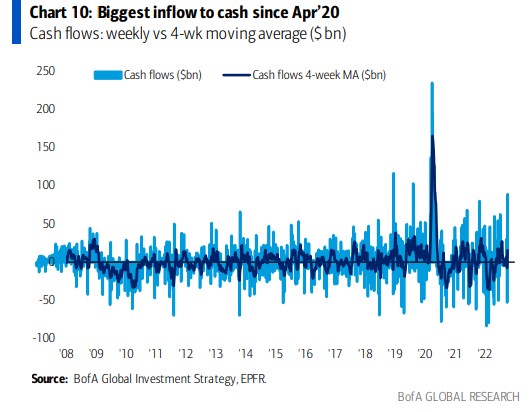 Earlier in the week I posted a chart showing where the S&P 500 had a 5% bounce in two days in the midst of a bear market. 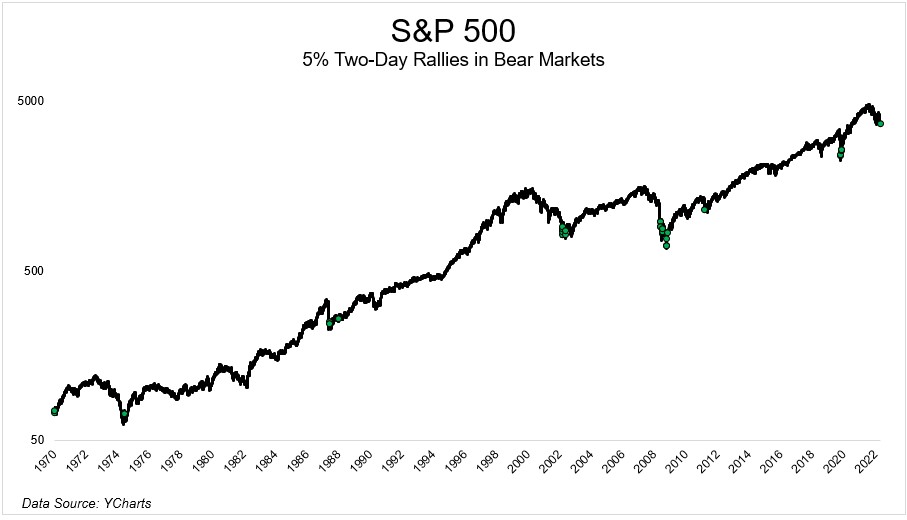 As you can see, this tends to happen near the bottom, but definitely not an all-clear signal. Jonathan Harrier showed something similar and put some data behind it. When the S&P 500 had back-to-back 2.5% gains while below its 200-day moving average, the low was on average 52 days and 16% away. Again, not at the low, but near them. The good news is a year later it was higher on all but one occasion, with an average gain of 19%. 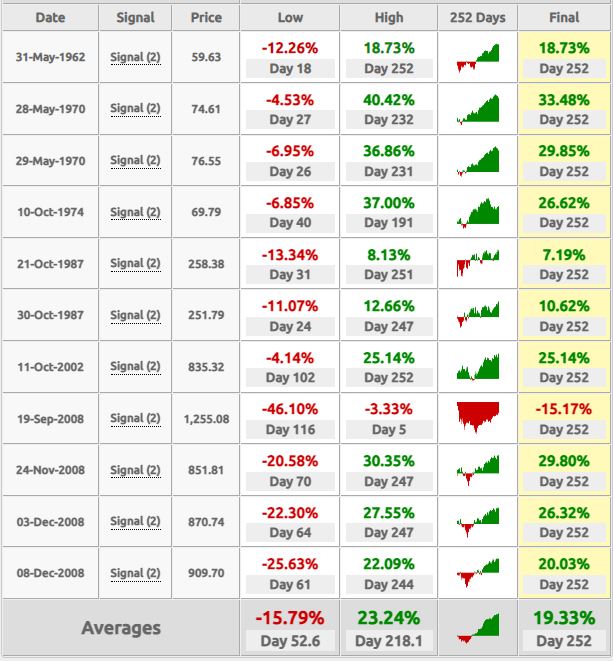 We got into this and much more on The Compound and Friends with one of my favorite guests, Nic Colas of Datatrek. You’re going to like this one, I guarantee it.