When there is a big news release, I like to look at the market’s response before seeing the numbers. I’m more interested in the reaction to the news than the news itself.*

One month ago I was driving into the city with Josh, waiting on the CPI report with my face glued to my phone. Futures tanked at 8:30, and I knew inflation came in hotter than expected.  Sure enough, the market was none to pleased that core CPI increased at the fastest pace since 1982. 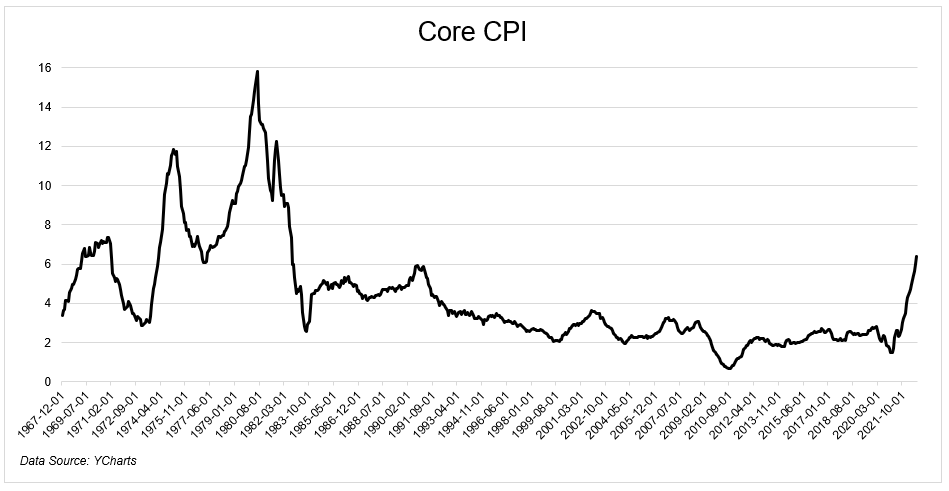 The fed had done five rate hikes to that point, which didn’t do anything to slow down the rate of price increases.

The fed can’t fix supply chains. They can’t pump oil. They can’t manufacture semiconductors. They have one tool to slow down the economy, which didn’t seem to be working.

During that car ride in, I could only think, how high will they need to take rates to slow down demand, and what sort of damage will that inflict on the stock market, and more importantly, the real economy?

In September, headline inflation rose more than 8% for the seventh consecutive month. And as I already mentioned, the market’s immediate reaction was not pretty. The S&P 500 gapped down 1.6% at the open and proceeded to careen lower, at one point falling as much as 2.4% on the day, which was 27% lower than the high print from earlier in the year. And then, for reasons that nobody can possibly know, stocks went vertical. They gained 5% from the morning’s low, closing 2.6% higher on the day.

On The Compound and Friends that afternoon, we spoke about how funny it would be if the market bottomed on the day when we get the worst inflation news. We called that episode Good News is Bad News, because sometimes markets are weird like that. The thinking was, maybe things are so bad that the fed would slow down the pace of rate hikes. Now that didn’t happen, and it’s too soon to declare that day the bottom, but the possibility is in play.

Yesterday inflation came in at 7.7%, which in a vacuum is not good. But markets don’t work in a vacuum. They move on expectations. Yesterday’s historically high print was not as bad as we feared, and the crowd went wild. The S&P 500 gained more than 5% for just the 23rd time going back to 1950. I repeat, inflation was 7.7%, and the stock market cheered like we had just solved global hunger and world peace. 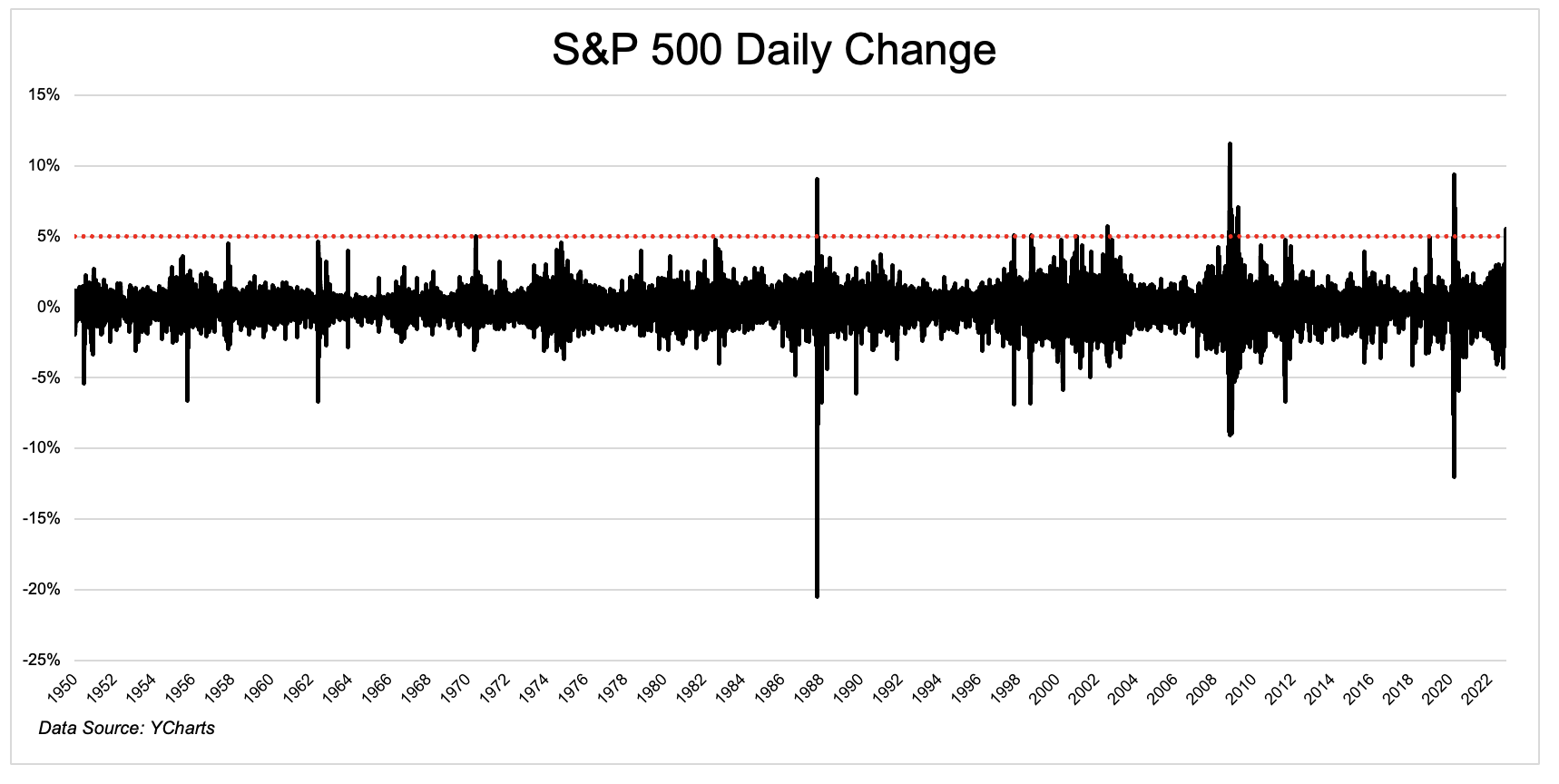 As you very well know, gigantic daily gains can only happen in bad markets when the absolute worse does not come to pass. The table below shows when you had these sorts of gains. You’ll see 1987, 2002, and a lot of 2008. When stocks gained 5%, on average they were in a 36% drawdown. 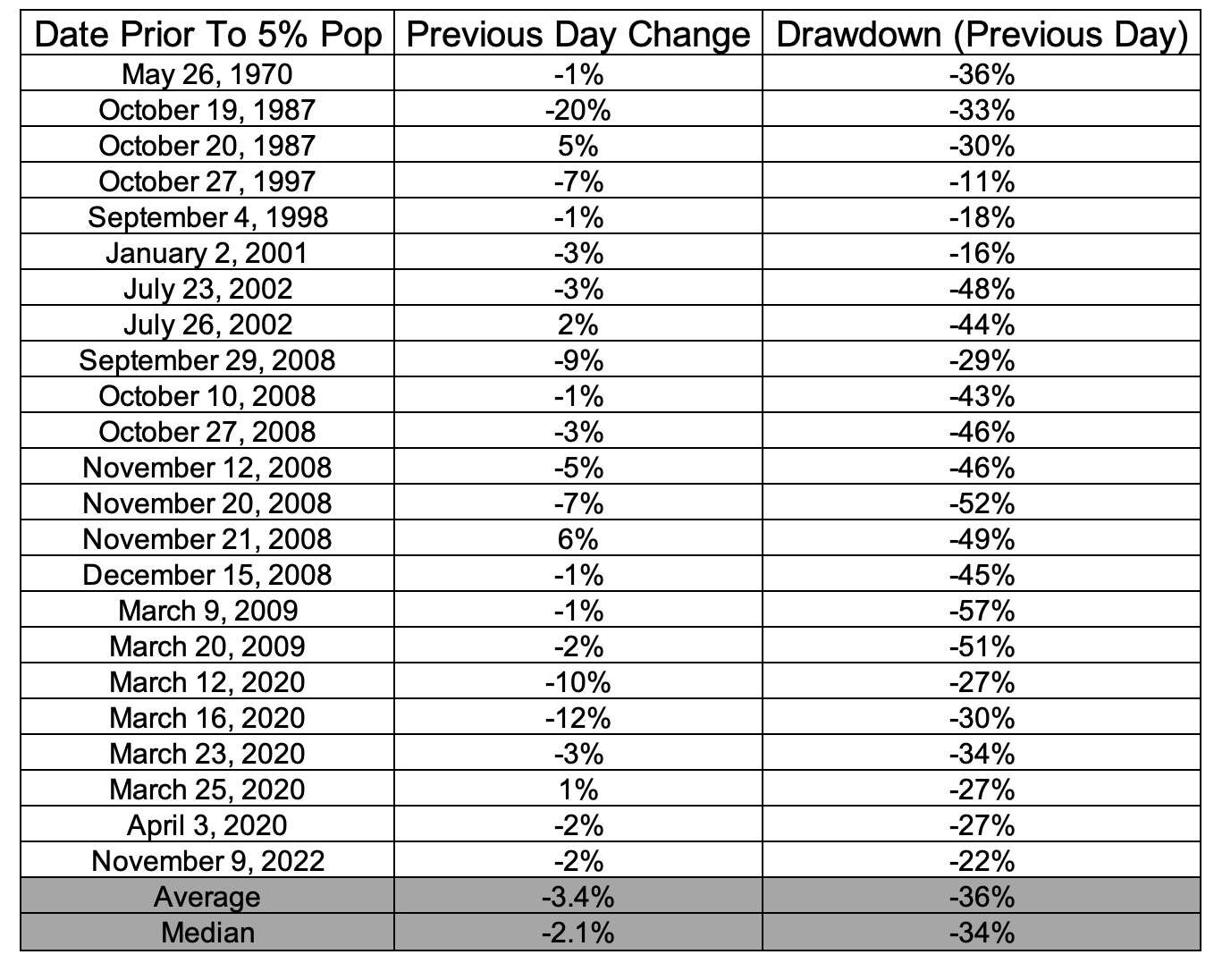 Stocks don’t move on good or bad, they move on better or worse than expected. And when expectations get too high or too low, it’s normal to see a violent reaction like we did yesterday. It’s great to see stocks moving higher not on hope that the fed will pivot because things are getting so bad, but because the data that was causing them to move so aggressively is actually showing signs of improvement. Good news is good news.

*First move is always the wrong move. Except when it’s not