A week ago I was in a room with a hundred people and asked the following question:

How many of you think the S&P 500 takes out its October low?

At least 80% of the people raised their hands.

I then asked, how many of you think we’re in a recession or will be in 2023? Everyone who had their hand raised for the first question kept it in the air for the second.

My small sample is confirmed by every poll out there. More people expect a recession than at any other point in recent history. This chart from Jim Bianco confirms our feelings. 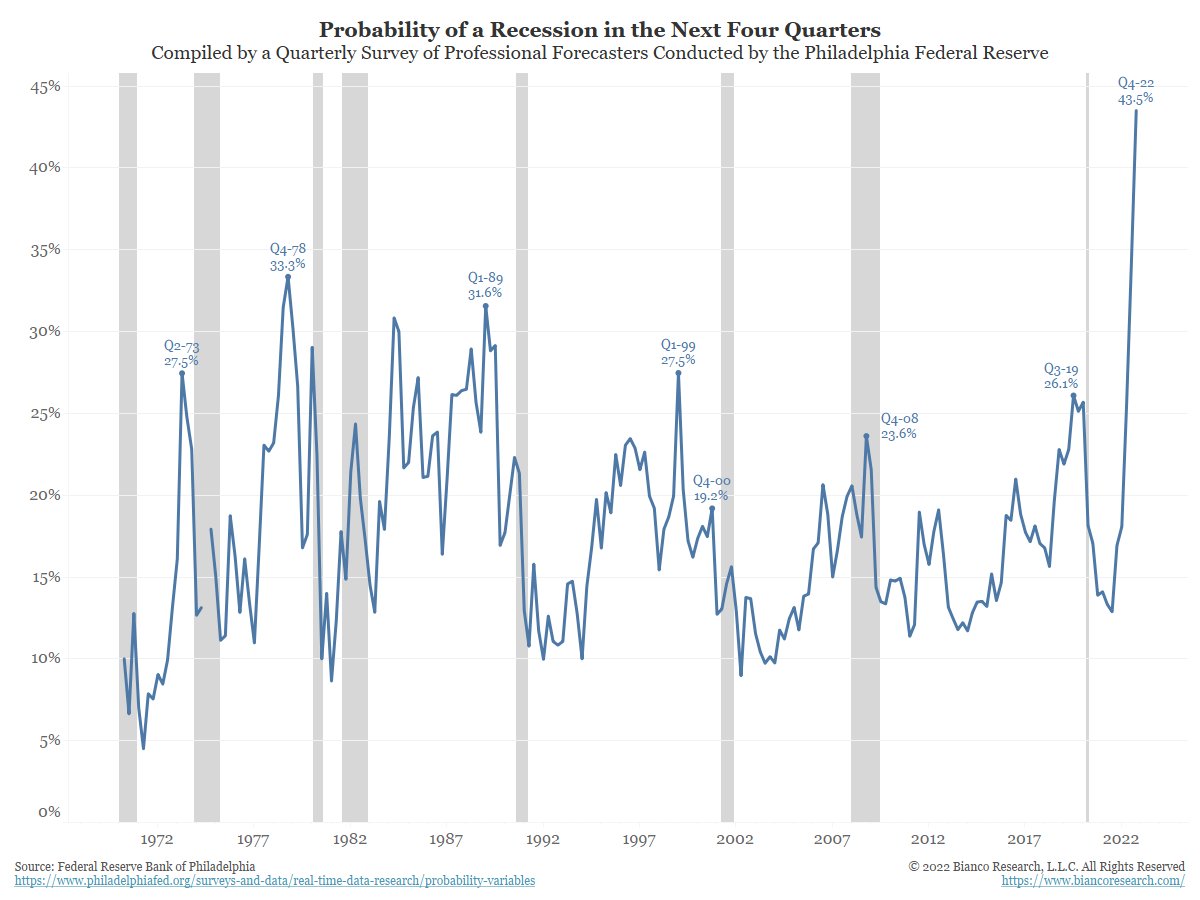 Warren Pies wrote about this in his 2023 outlook:

A consensus has formed around these consensus issues: Fed pivot in the spring. Equities will have a tough first half, but rally through year end. There will be a recession, but it will be short and shallow. With everyone anticipating, and studying, the same events, it is worth reviewing George Soros’ theory of economic reflexivity. Here, Soros posits that observation of the economy leads to ideas that change behavior, which in turn changes the economy itself. Applying this theory to the menu of issues facing 2023 leads to a number of questions: Is there a risk that so much anticipation of a Fed pivot could cause a premature rise in asset prices and, thus, dissuade the Fed from pausing as soon as it otherwise would have? Is it possible for a highly anticipated recession to be very bad? Or will consumers and businesses prepare accordingly, thus blunting the impact of any downturn?

You can’t take anything to the bank when it comes to investing, but I’ve learned over the years that the market tends to fool most people most of the time. When everyone is expecting the market to go one way, it usually goes the other.

As we head into the last week of the year, the S&P 500 is down 20% for 2022. Is that enough damage for a softening economy, an aggressive fed, a 4.6% risk-free rate, and valuations that aren’t a screaming bargain? Each of these is worthy of a longer discussion, but my answer is probably not. But I’m consensus, and if you’re nodding your head, then you are too. Here’s to hoping the consensus is wrong.

Wishing everyone who celebrates a very merry Christmas.