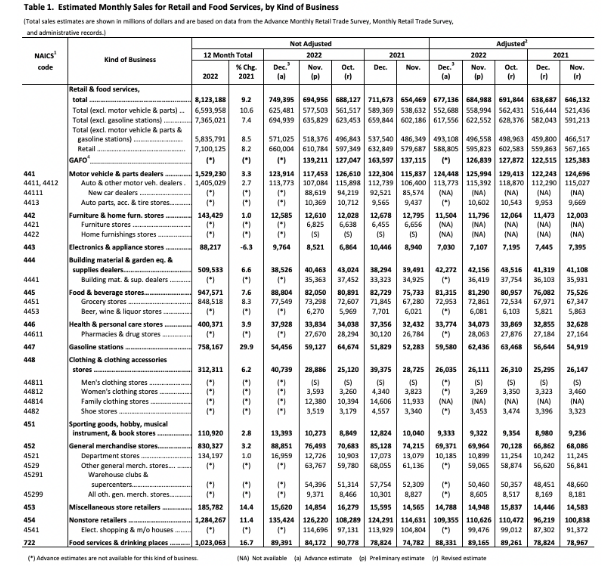 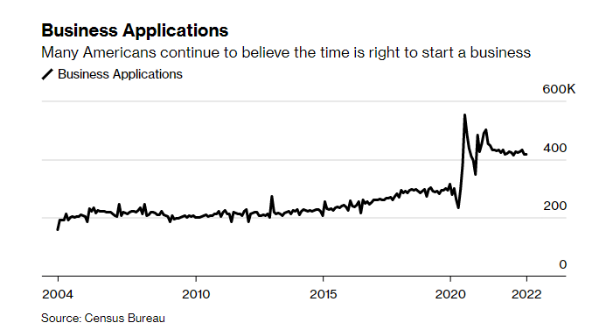 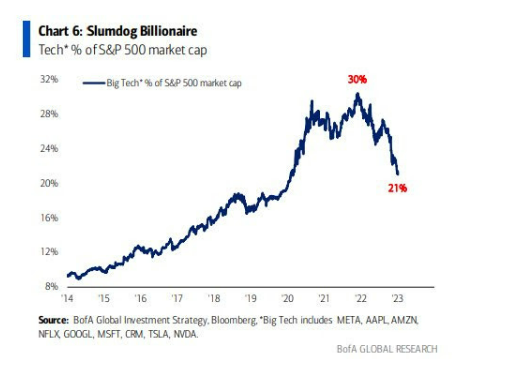 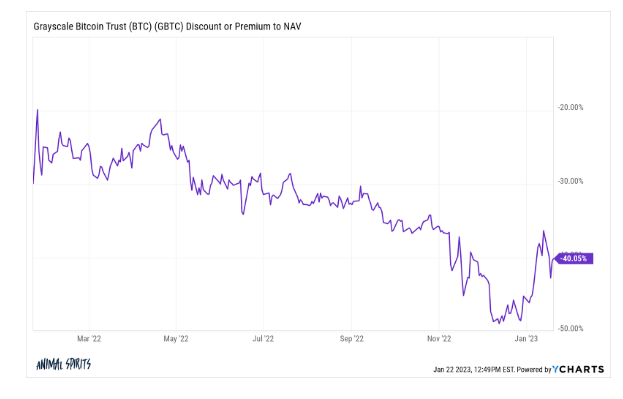 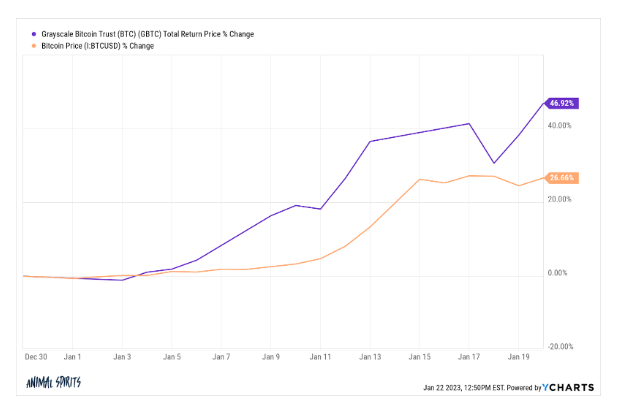 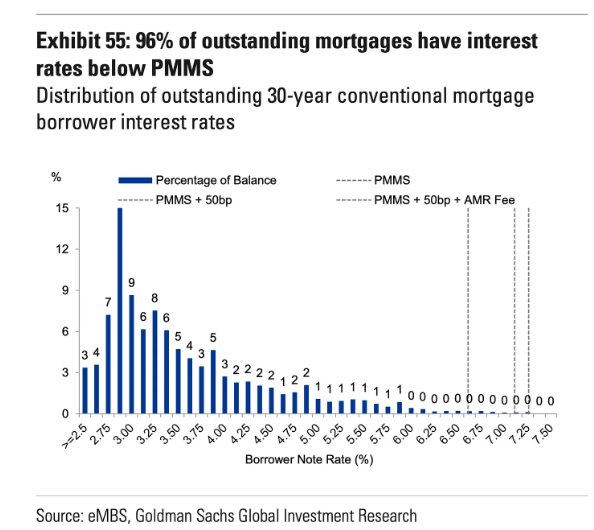 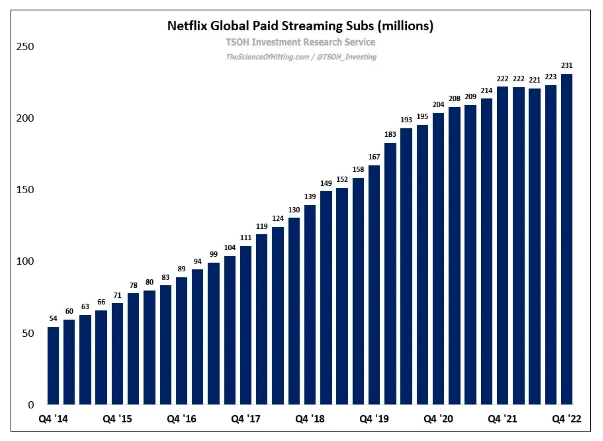 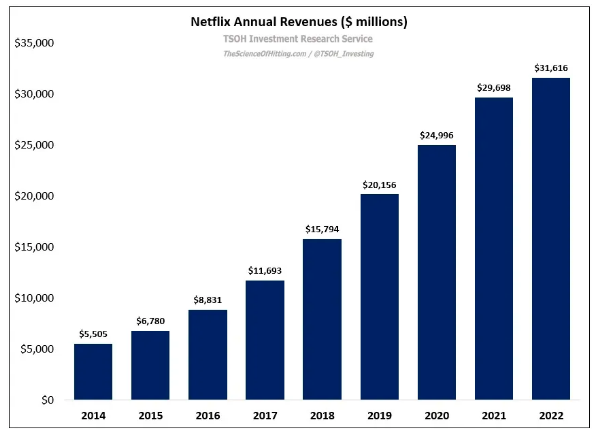 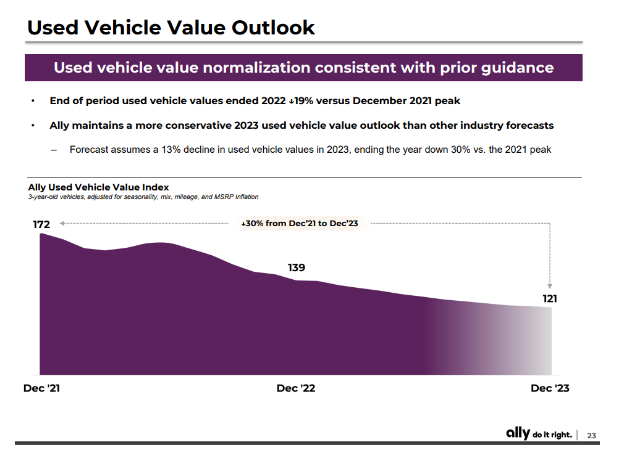 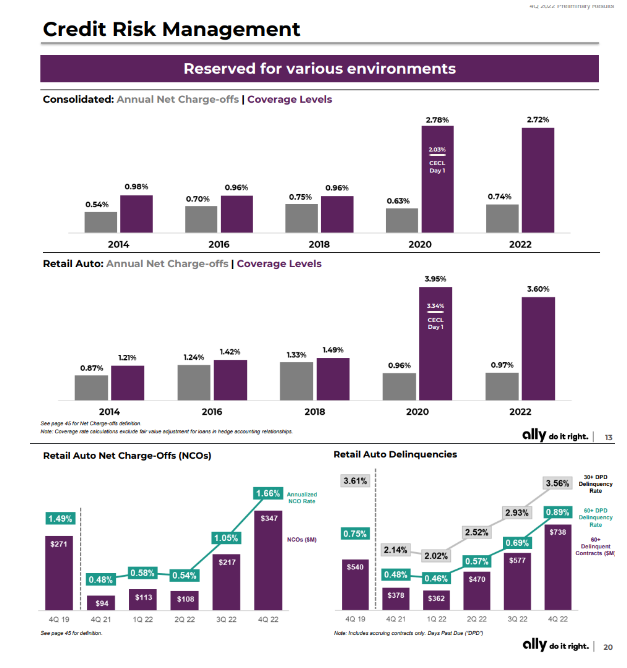 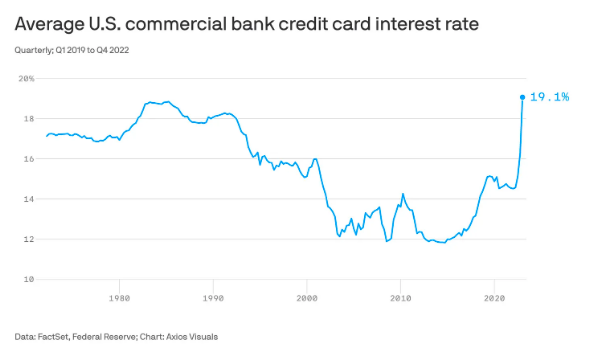 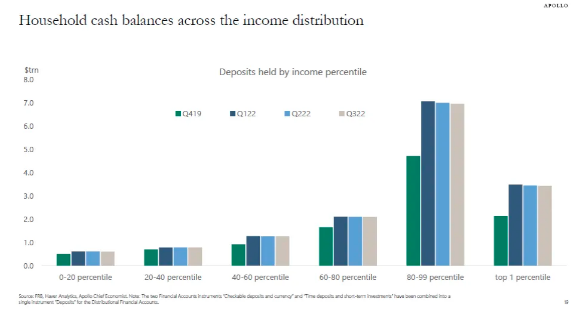 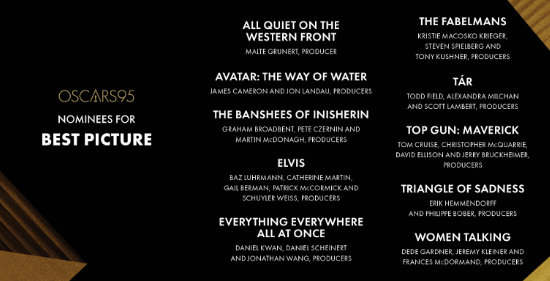 Individual investors have been doubling down on Tesla stock

They have spent more money on TSLA in the past six months than in the 5 years prior—in Jan, net purchases hit a one-day record@WSJmarkets @vandaresearch @hannahmiao_ pic.twitter.com/B1J9D3EYUW

Vanguard's US funds and ETFs continue to gather prodigious sums from investors–~$83B in net inflows in 2022 alone. But growth does appear to be slowing–the funds' 1.1% organic growth rate in 2022 is the slowest since 1999. This is likely a law of large numbers thing but fwiw. pic.twitter.com/8pHHCCKkSH

The China reopening appears to be real this time.

China flights RAMPING…now higher than at any point in 2022.

“.. According to the firm’s trading model, seven of nine asset classes .. now show less than a 50% chance of a recession ..”@business @denitsa_tsekova https://t.co/7Vq8PFHwkQ pic.twitter.com/0U5sDIcoNM

Even though retail sales lost momentum heading into end of 2022, they increased by 7.2% throughout entire year, which was strongest (nominal) annual gain since 2004 (if excluding huge post-lockdown jump in 2021) pic.twitter.com/9wFm6QW9un

Subprime consumers are not paying their car loans more than *ever* before.

7.11% of subprime loans were "severely" delinquent in December — The highest in the data series back to 2006.

Average monthly payment on a new car hit $777 in December.

Is this what it feels like to hit the Jackpot? 🥴

People are really underwater on their car loans. pic.twitter.com/yeefK9MhXy

Average deposits held by the bottom half of American households more than tripled from 2019 to 2022, as pandemic aid & rapid wage growth have created unprecedented breathing room on household balance sheets (even amid high inflation). @Morning_Joe pic.twitter.com/S65yGFphyH

Not a fan of the guy who owns this place, but it is worth pointing out that despite having lost 80% of its employees, and being down to 550 engineers or so, it is still (mostly) running. If you think buyout firms like Thomas Bravo aren't noticing, you don't know your capitalism.

The meme that Elon cut 75% of Twitter and the service works just fine is a bit off. Many of those cuts were in the sales org and revenue is down 40%. That's not working fine.

Google NYC employees who arrived at the office early this morning stood in a line to test their badges– if light turned red, it meant you had been laid off. if green, you were safe. 👎

scoop with @Kamaron: spotify is planning to lay employees off as soon as this week, following earlier cuts at its podcast networks gimlet and parcast + layoffs at other tech and media companies https://t.co/N9Z8x14ktD

Spotify plans to cut its workforce by about 6% as part of broader cost-saving measures, the latest in a wave of tech layoffs https://t.co/u0pIofRZL4

Tech layoffs are getting a lot of press, but these layoffs are small, being quickly absorbed into a tight labor market for college+ educated talent, and are a poor reflection of broader labor market dynamics.

Someone from Goldman Sachs just sent me this message. The entire institutional sales floor was laid off yesterday. The music is about to stop. Be ready. pic.twitter.com/nbyd5r94Nc

The layoffs of 1,750 people are in addition to a cut of 870 positions the online furniture retailer disclosed in August. https://t.co/Rp86Xi1a0f

Genesis filing reveals that 31mm of GBTC (~$300mm) was already sold by Genesis in last few months. This explains why the spreads widened so aggressively and clears a large overhang from the future.

**source: “interest is coming from media properties outside of crypto, multiples are much, much lower than expected.”

**31M $GBTC shares have already been delivered, and another 31M have been pledged. @Gemini Earn customers are owed $900M.

I heard that DR Horton is offering 4.8% mortgages and money towards down payments if you buy their existing inventory. Know several first time home buyers taking them up on the offer.

12-week change in 30y U.S. mortgage rate has dipped to most negative since February 2020 pic.twitter.com/kV8B1B5euy

We have read all the earnings call transcripts from the major U.S. banks so you don't have to.

Let's take a look at what $JPM, $MS, $GS, $BAC, $WFC, and $C had to say about inflation, credit levels, FED, and the general health of the economy.

"We haven't seen any elevation on consumer debt," says $VZ CEO Hans Vestberg. "Customers are paying. Delinquencies are low. Consumers waited longer during the holiday season but they came just days before Christmas and did a deal." pic.twitter.com/L7QG1vBEqH

SCOOP: Twitter’s ad revenue fell around 35% in the fourth quarter of last year to $1.025 billion, 72% of Twitter’s own projections. Twitter hopes to make $732 million in revenue in Q1.

🚨BREAKING — Moderna CEO Admits On Live Air At Davos They Were Making A COVID-19 Vaccine In January Of 2020 Before SARS-CoV-2 Even Had A Name pic.twitter.com/SMKH74NgGi

New report: US cancer mortality rate fell by ONE THIRD in the past three decades!https://t.co/XXSPnrWAgO

Streaming took ~1,000 basis points of share over the past year pic.twitter.com/6K6IL504oe

Peacock now accounts for 1% of all TV viewing in the US. pic.twitter.com/hmmc2Zf2tp