The Board of Governors of the Federal Reserve System publishes an annual report on the well being of U.S. households. I pulled some of the most important charts.

The typical amount of education debt in 2017 was between $20,000 and $25,000, putting monthly payments between $200 and $300 per month. If you’re making $50,000, this means 13-20% of your paycheck is going to service your loans. That sounds like too much, and it is, but the ridiculous cost of student loans doesn’t change the fact that people who go to college generally are better off financially than those who don’t. 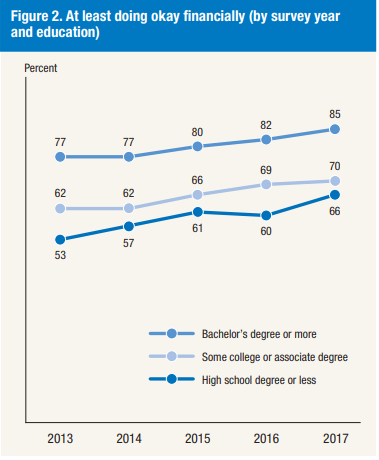 Only 59% of people surveyed can cover a $400 emergency bill. This is heading in the right direction, but it’s still beyond awful. 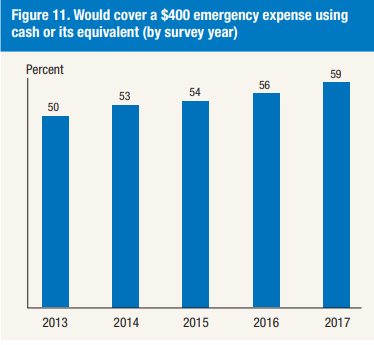 Only 5% of people don’t have a bank account, which is great. But 5% is 13 million people. That’s Yankee Stadium filled 240 times. 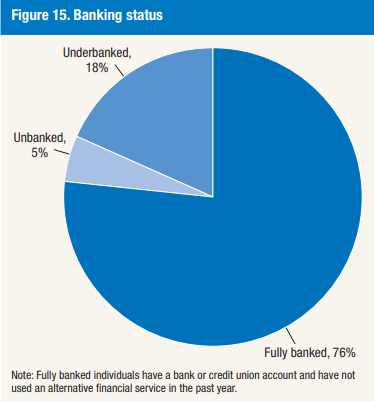 The chart below shows why women are better investors. Or maybe just less terrible than men. Overconfidence is a dangerous thing.

Only 60% of people surveyed know that housing prices can go down. I’ve seen too many Jaywalking videos over the years to be surprised by how little the average person knows.

Things are certainly not as bad as these numbers make them out to be, but they’re a good reminder that if you’re reading this, you’re probably in a much better position than you realize.

Report on the Economic Well-Being of U.S. Households in 2017