The drumbeat of recession calls grows louder every day. One of the biggest drivers of this is simply due to how long it’s been since the economy experienced a setback. We are in the 41st quarter of the current economic expansion.

What’s notable about this period, aside from the duration, is also how modest growth has been. On average, previous expansions saw 1.06% quarterly real GDP growth. This current one is running at 0.57%. 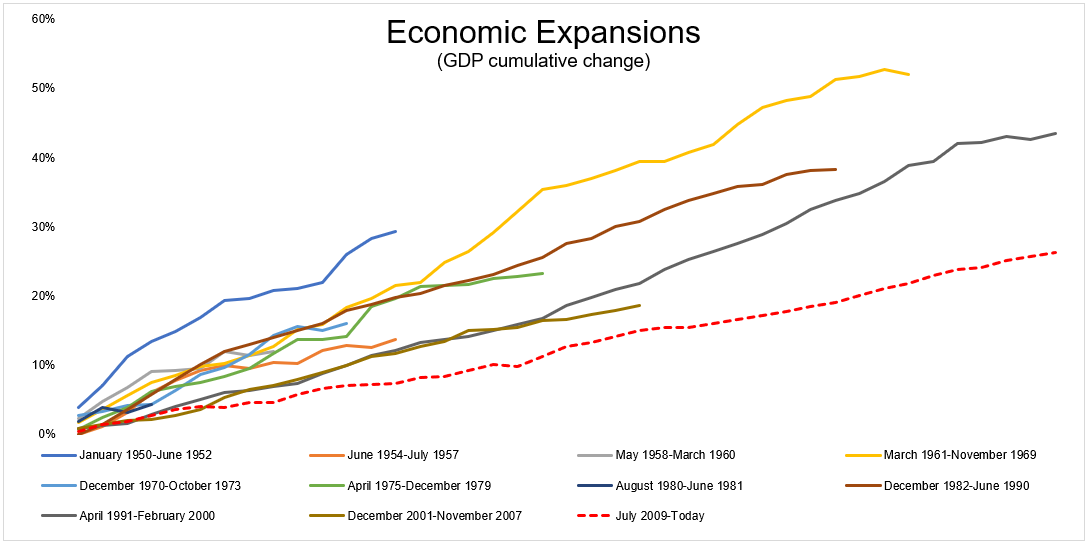 I’ve heard people make the case that the next recession could be mild due to the tepid nature of this current expansion. They liken it to jumping out of a first floor window. We haven’t climbed that high, so how bad could the fall really be? This might be true with respect to the economy, but what about the stock market?

Unlike the economy, the stock market has grown at a blistering pace. The chart below shows the change in stocks during every economic expansion going back to 1950.

It’s hard to imagine a scenario where the economy gets killed and the stock market hangs in there. On the other hand, it’s totally conceivable that the next recession is mild, and that the stock market bears the brunt of it (pun intended).