In December 2018, with the stock market in its deepest drawdown of the decade, Jim Simons turned to one of his financial advisors for help.

Should we be selling short?” Simons asked. Chhabra hesitated, suggesting that they avoid acting until the market had calmed, a course of action Simons agreed to follow. A day later, stocks firmed. The collapse was over. The goal of quants like Simons was to avoid relying on gut instinct. Yet, that’s exactly what Simons was doing after a few difficult weeks in the market. It was a bit like Oakland A’s executive Billy Beane scrapping his statistics to draft a player with the clear look of a star

That’s right. The man whose hedge fund generated 66% average annual returns, the man whose fund took $100 billion out of the market, asked if it was a good idea to be shorting stocks at the absolute bottom.  Just unbelievable. William Goldman said it best, “Nobody knows anything.” 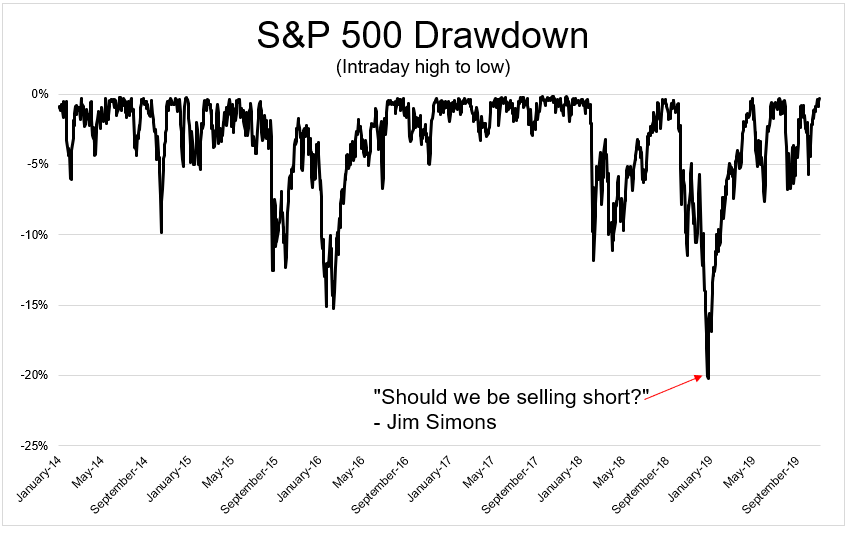 Greg Zuckerman tells this story in his brilliant new book, The Man Who Solved the Market

Josh and I did a video with Greg, which you can check out below.