In his latest post, Ben Hunt wrote “Jamie Dimon owns more than 7.8 million shares of JP Morgan, worth more than $1 billion.” Dimon has a great reputation and has delivered a tremendous amount of value to shareholders since becoming CEO (chart below), but 7.8 million shares? 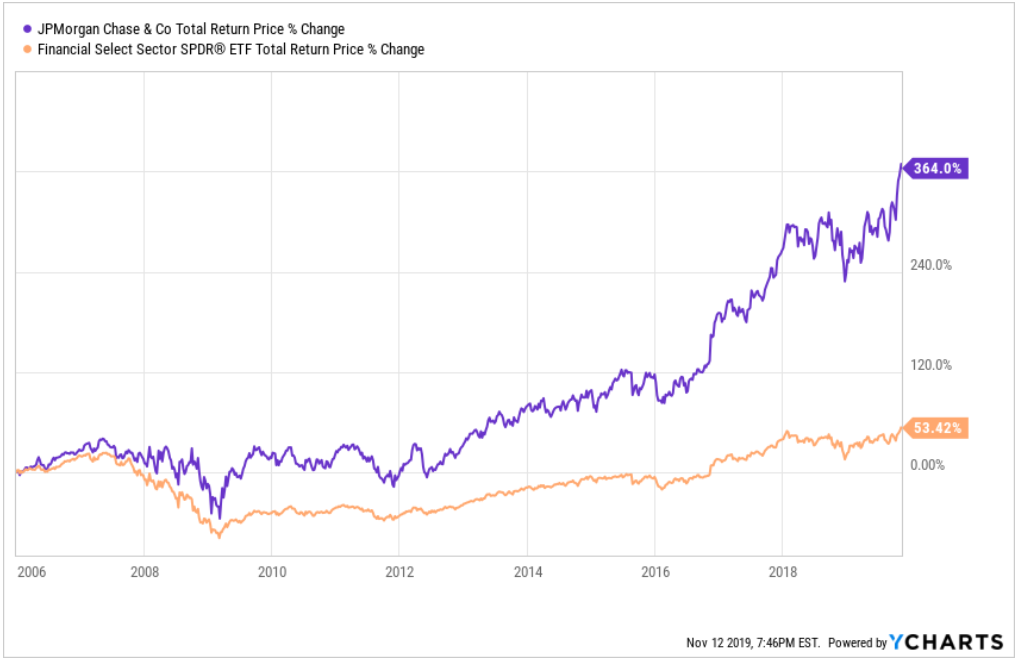 I have no problem with billionaires and I’m not against buybacks as I wrote here, but I understand why they’ve become a lightning rod of the wealth inequality issue.  We spoke to Ben this week about what he referred to as the mendacity of the managerial class. He’s pissed off, which is evident on his blog and Twitter feed.

I asked Ben for some solutions and here’s what he said:

These all make sense to me, especially 1 & 3. I don’t know that they would change things or make Ben any less angry, but it makes sense all the same. By the way speaking of angry, it was a lot of fun getting to talk to Ben in person who seems much more even-keeled in real life than he does online. This should serve as some sort of lesson to everybody watching who spends time on social media.

Check out the video below where we discuss this topic in greater detail.