The S&P 500 is up 29%* this year, but it has been more of a grind than a blistering advance. This is fairly common bull markets. You might think that big annual gains are defined by big daily gains, but that’s not necessarily the case.

This year there have been 20 days where the S&P 500 gained between 1 and 2%. Last year, that happened 27 times even though the market was down nearly 5%. 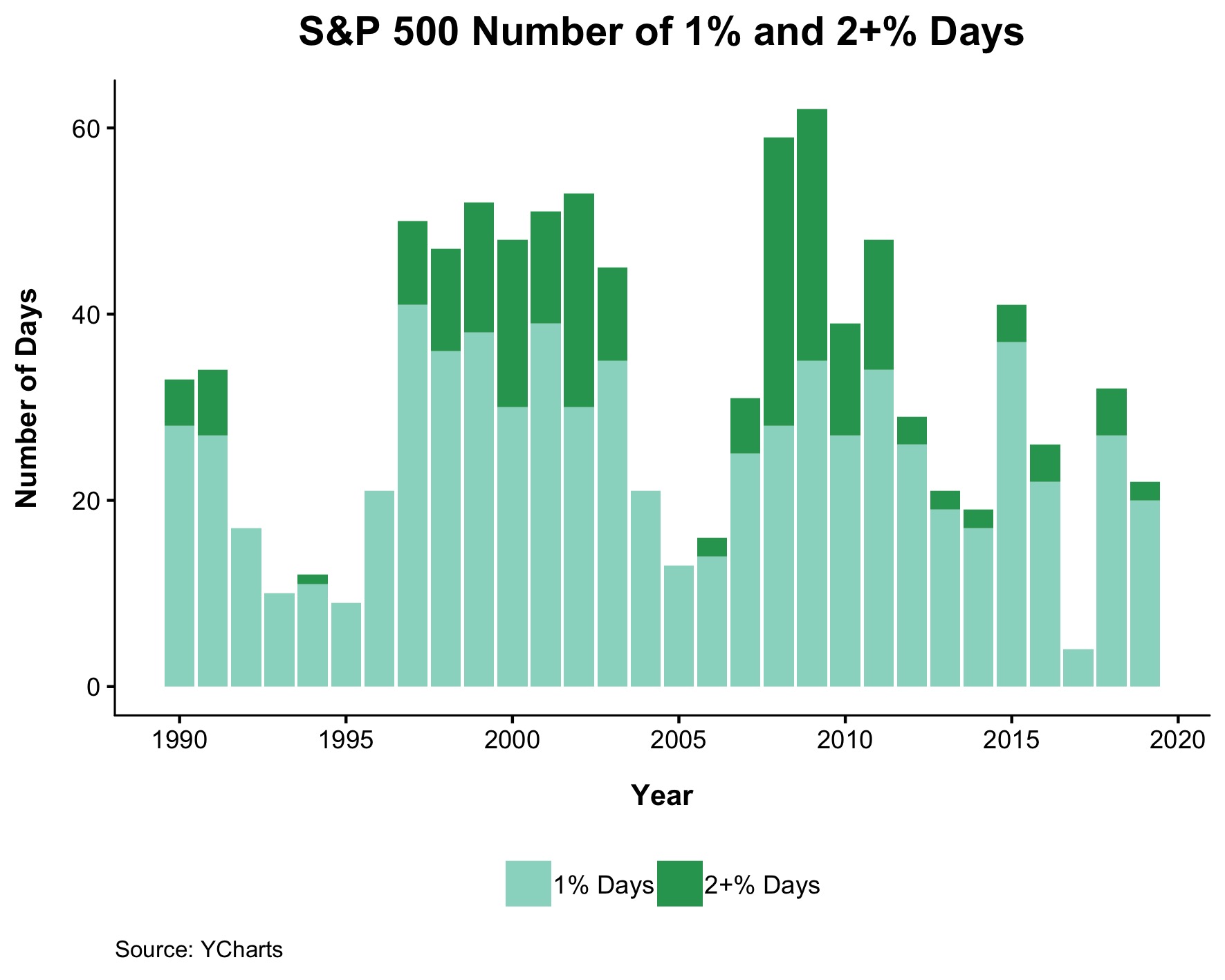 The bars in the chart below show the median annual daily return, the number in white show the annual return, and the red line is average for all days. What you can see is that the median daily return for some of the best years are lower than you might have thought. ** 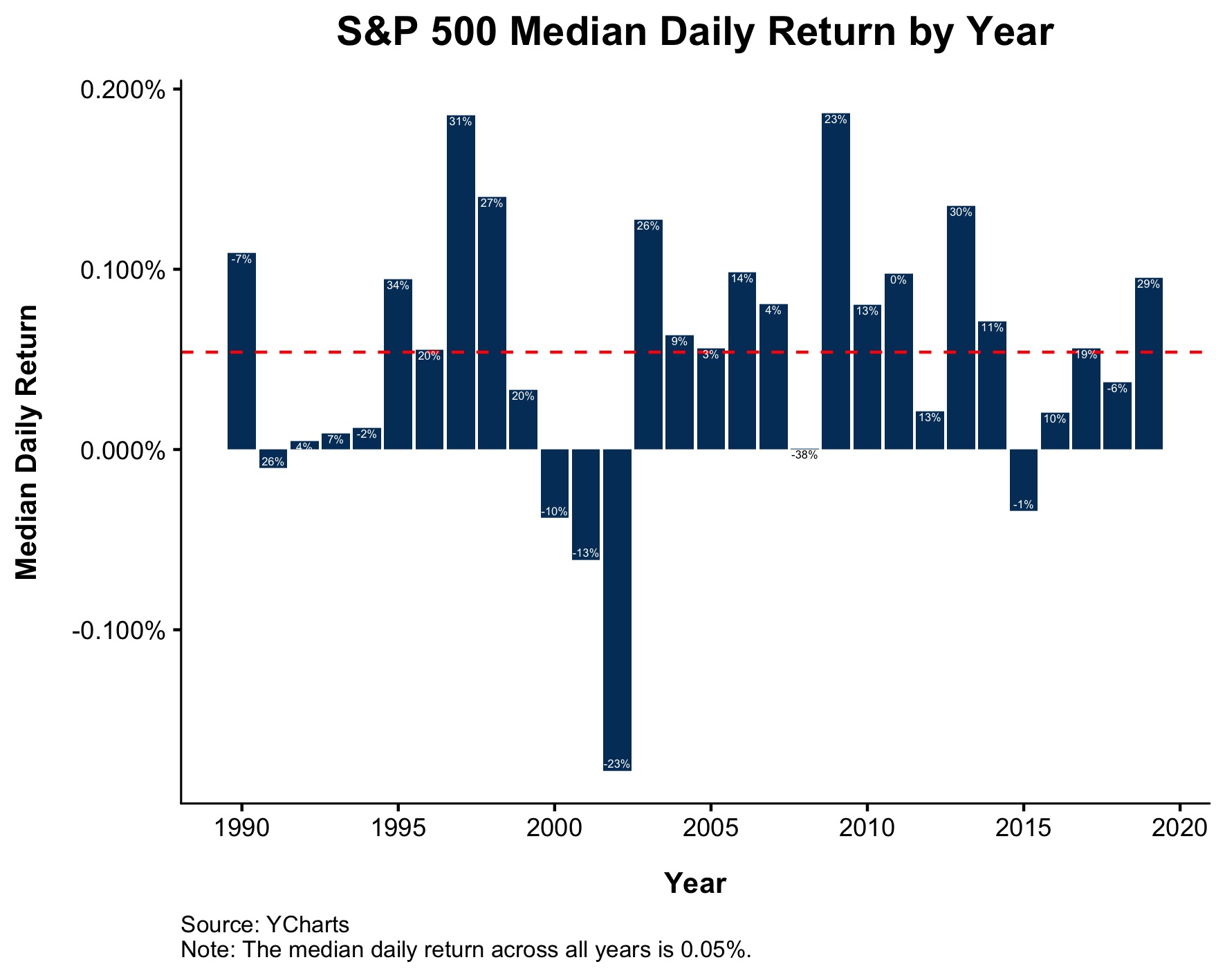 2019 has been an incredible run, hopefully you made the most of this opportunity. If you over traded or held too much cash or were distracted by some headlines, we’ve all been there. Review what went wrong and come up with a plan for next year. It’s never too late to get your affairs in order.

As always, thanks to Nick Maggiulli for the data work.

*For this exercise we used price returns only