JP Morgan is out with two excellent pieces (here, here)  that are loaded with charts. Here are a few that caught my attention.

For the first time since 2007, the income generated in a cash investment account outpaced inflation. 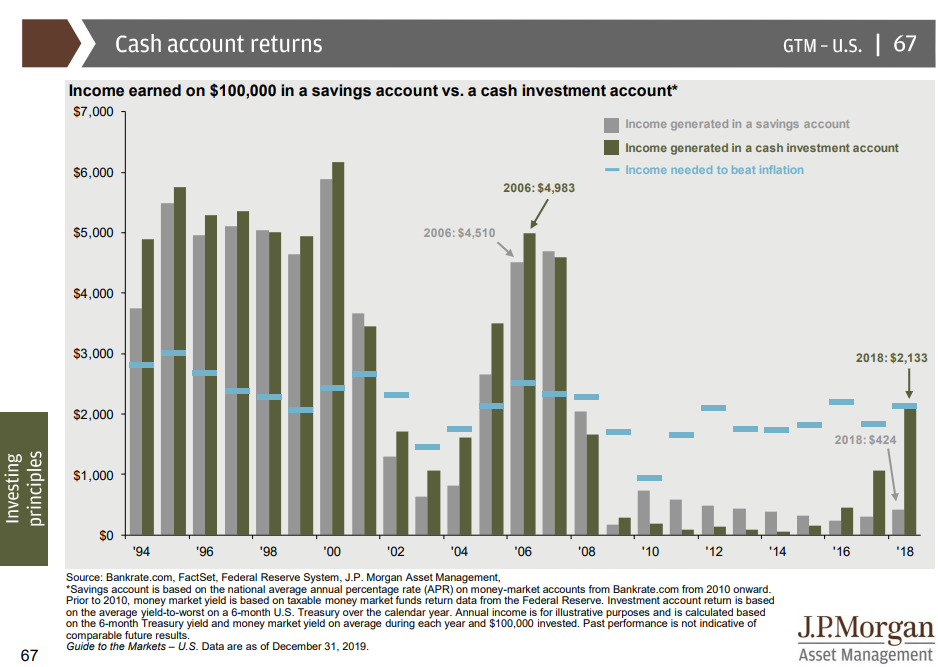 The stock market is at all-time highs because American businesses have never looked better.

American consumers are also doing pretty well. Too often we hear about debt without hearing about the other side of the ledger. $16.4 trillion in liabilities sounds like a scary number, but when you look at interest rates and income, household debt service to income obligations is at the lowest level in 40 years. 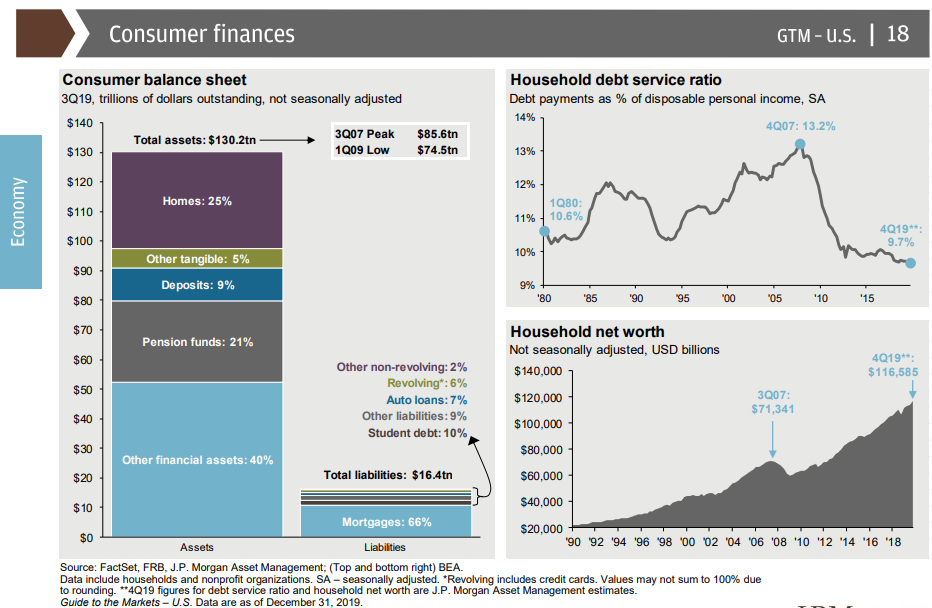 Why shouldn’t you mix politics with investing? This chart is why. If you were afraid that Trump was going to crash the economy in 2016, and that Obama was going to crash it prior to that, then you missed out on one of the greatest runs in stock market history. 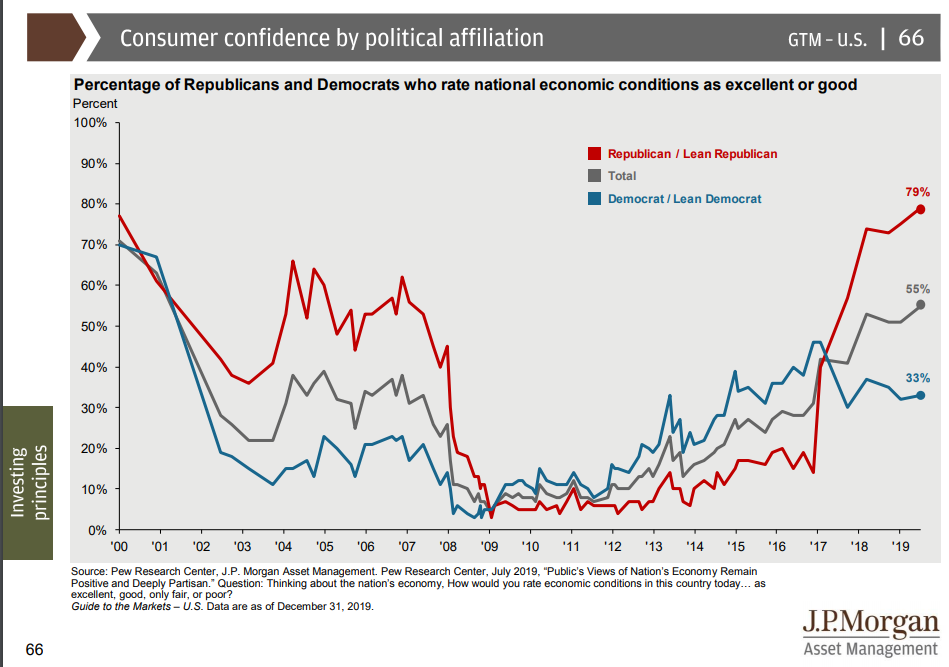 We’re nowhere near dot com territory, but there has been a significant growth in young, unprofitable companies in the public market… 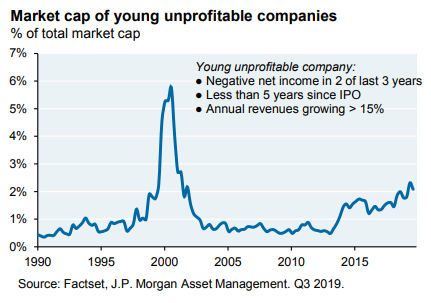 …and in private ones too. 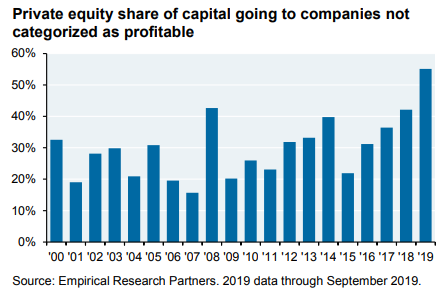 Income inequality is one of the most harrowing issues we’ll be dealing with for the foreseeable future and is largely responsible for extreme political views on both sides. 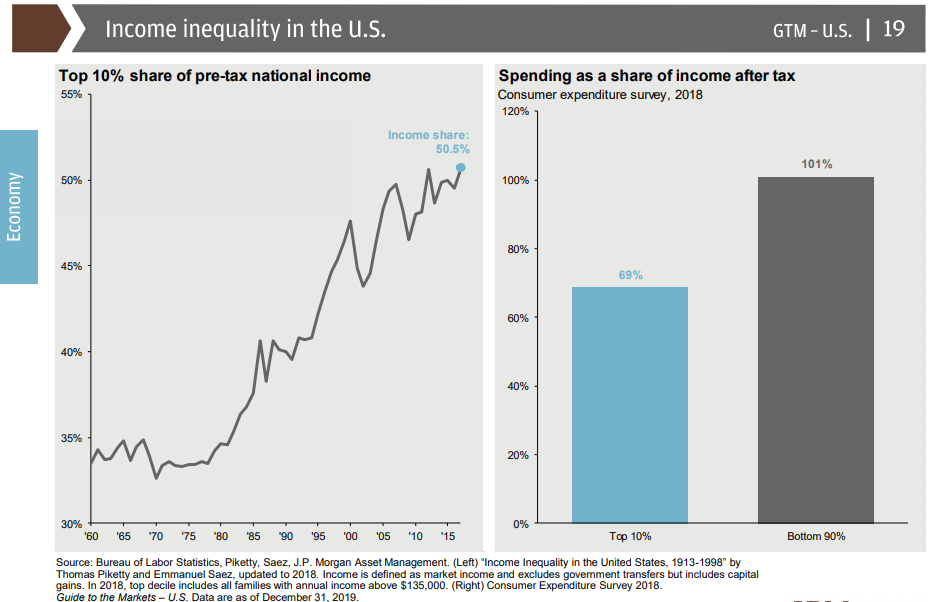 Holy cow, Apple. I don’t know if we’ve ever seen a stock this large rise so fast. I’m cherry picking here, but since it crossed $1T in October (for the second time), it has added $337 billion in market cap. In just 59 days, it gained the equivalent of a Walmart. 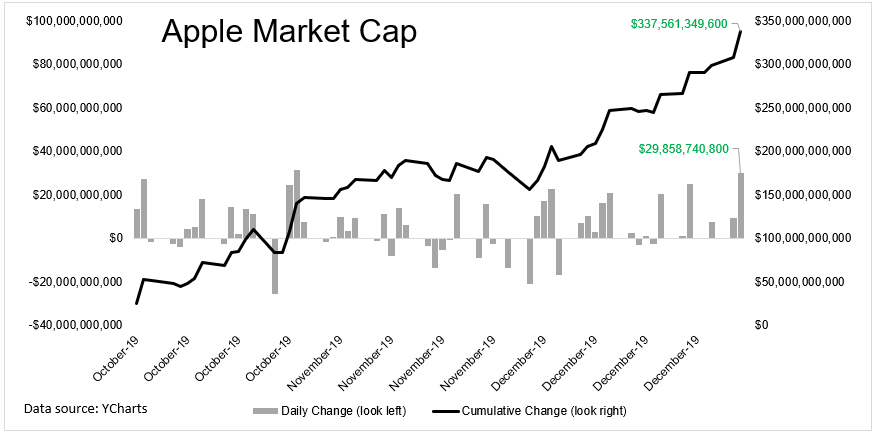 This has pushed various valuation metrics to the highest levels in quite some time. This is merely an observation, not a call on Apple, because if we’ve learned anything in the last decade, it’s that we should be careful leaning too heavily on blunt valuation data, especially in the short run, and even more especially in bull markets. 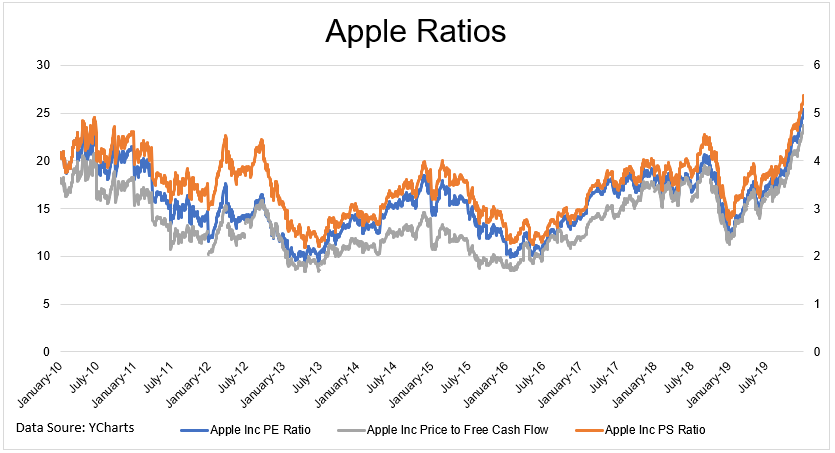 Eye on the Market Outlook 2020

Guide to the Markets