If you asked an investor in the 20th century what the single most important financial metric is when evaluating a potential equity investment, 100 out of 100 people would have said earnings.

They might have not agreed on the most important aspect of it, for example some would have favored growth, others stability, what have you, but they all would have agreed that the attractiveness of an investment is simply a function of what you’re paying for earnings. The game has changed.

Free-cash flow has become an increasingly important metric in the investor’s tool box. Let’s use Amazon, admittedly an extreme example. Over the last 10 years, its earnings are up 3x while its free-cash flow is up 128x. You see something similar, albeit less glaring in Apple and Microsoft and even Domino’s Pizza. An investor from the 1960s would have looked at the financials of some of these companies and missed the forest for the trees. 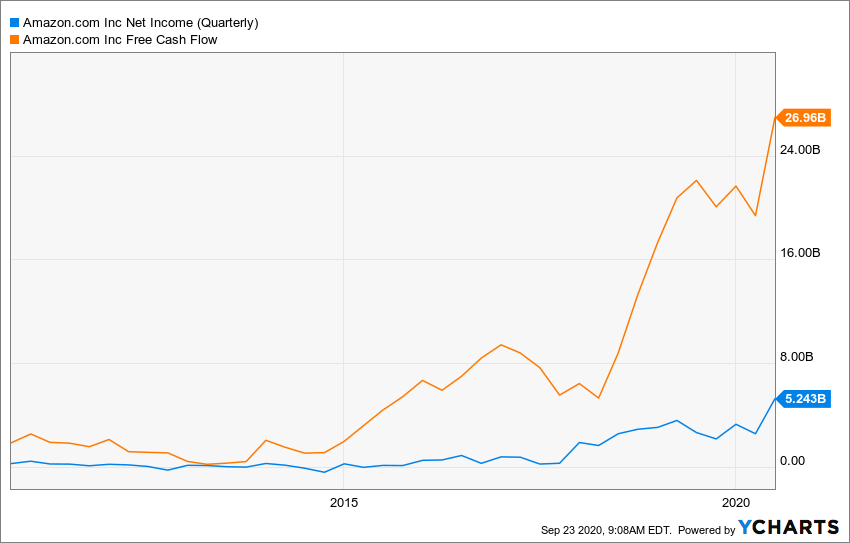 Not only are earnings not as important as they used to be, but they don’t even appear the same way they used to on financial statements. This concept is covered in depth by Michael Mauboussin and Dan Callahan in a new paper called One Job: Expectations and the Role of Intangible Investments. In it they write:

It used to be that earnings were on the income statement and investments were recorded mostly on the balance sheet. The rise of intangible investments means that the bottom line is now a mix of earnings and investment.

It’s not just the income statement and the balance sheet that have been altered by the rise of intangible investments, the cash flow statement also needs to be reexamined. Not everything that’s considered a cost actually is one, and things that should count as expenses aren’t always either. One of these items is stock-based compensation, which Mauboussin and Callahan cover extensively.

We estimate that SBC equals 15-20 percent of cash from operating activities for technology companies in the S&P 500 Index. The figure is much higher for many young companies.

Capital light businesses often don’t need to raise a lot of external capital because their employees provide both a source of financing and a service. SBC is tantamount to two transactions: the company sells shares (financing) and uses the proceeds to pay employees (compensation for service). Investors have to move the SBC figure from the “cash from operating activities” section to the “cash from financing activities” section to accurately portray the cash flow statement. A failure to do so overstates free cash flow.

If your head is spinning, good. This is what it takes to be a serious investor. When you’re buying and selling stock, you’re competing against people that are doing this sort of work.

I’m not trying to dissuade anybody from picking stocks, I just think it’s important to respect the fact that you’re probably transacting with people who have a much greater understanding than you do. Whether or not their understanding actually matters, well that’s a whole other topic altogether.