The sixth biggest company in the United States is being added to the S&P 500. We might never see anything like this again in our lifetimes.

What took so long for Tesla to enter the index? The S&P has rules for stocks being added. Silly things like “you must earn money.” This hurdle was removed after Tesla reported a profit in the second quarter, taking the sum of its previous four quarters into the black.

It would have been nice if this was added to the index at $50 billion instead of $550 billion, but here we are. The good news is that the S&P 500 has a market cap of almost $33 trillion. So Tesla could be added to the index, go to zero the next day, and it would shave 1.7% off the top. Not great, but not the worst thing ever. And let’s assume at this point that it’s probably not going to zero.

In other words, relax. Or, if you’re so bothered by this, you can own a total stock market fund, which already has Tesla. The Vanguard total stock market fund is up 15.6% this year, compared to 14.1% for the S&P 500. All of the difference and then some is due to Tesla’s 580% return. Zoom’s 445% return, another stock not in the S&P 500, has also contributed to the difference. 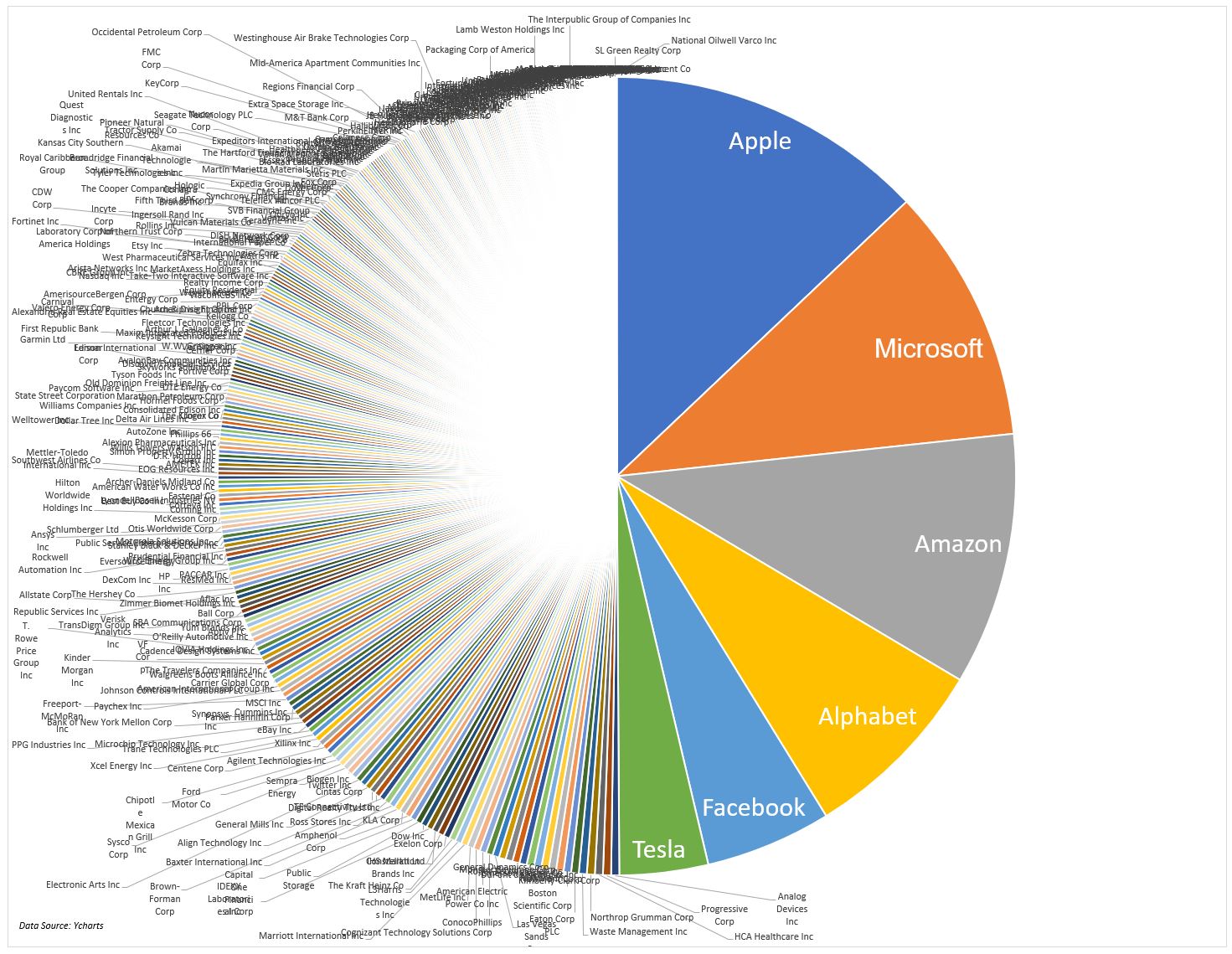 Josh and I spoke about Tesla’s inclusion and more on this week’s What Are Your Thoughts?

Josh and I use YCharts when creating visuals for this show and many aspects of our business. What Are Your Thoughts viewers can get a 20% discount for YCharts by clicking here (new users only):

You can hit us with a topic for next Tuesday’s episode – shoot us an email at askthecompoundshow@gmail.com, and we’ll choose one straight from the inbox.