Small businesses got absolutely decimated by the economic shutdown. It’s no surprise, therefore, that small stocks also led the decline. The S&P 500 had a peak-to-trough decline of 34%, whereas the Russell 2000 fell 41% and the even smaller Russell Micro Cap index fell 43%.

Over the last few weeks and months, however, all that was lost was made up and then some. It’s hard to believe, but over the last year, microcap stocks have done twice as well as large-cap stocks. Given that small businesses are still in a world of pain, generally speaking, the market must be discounting a combination of continued fiscal stimulus and a reopening of the economy. 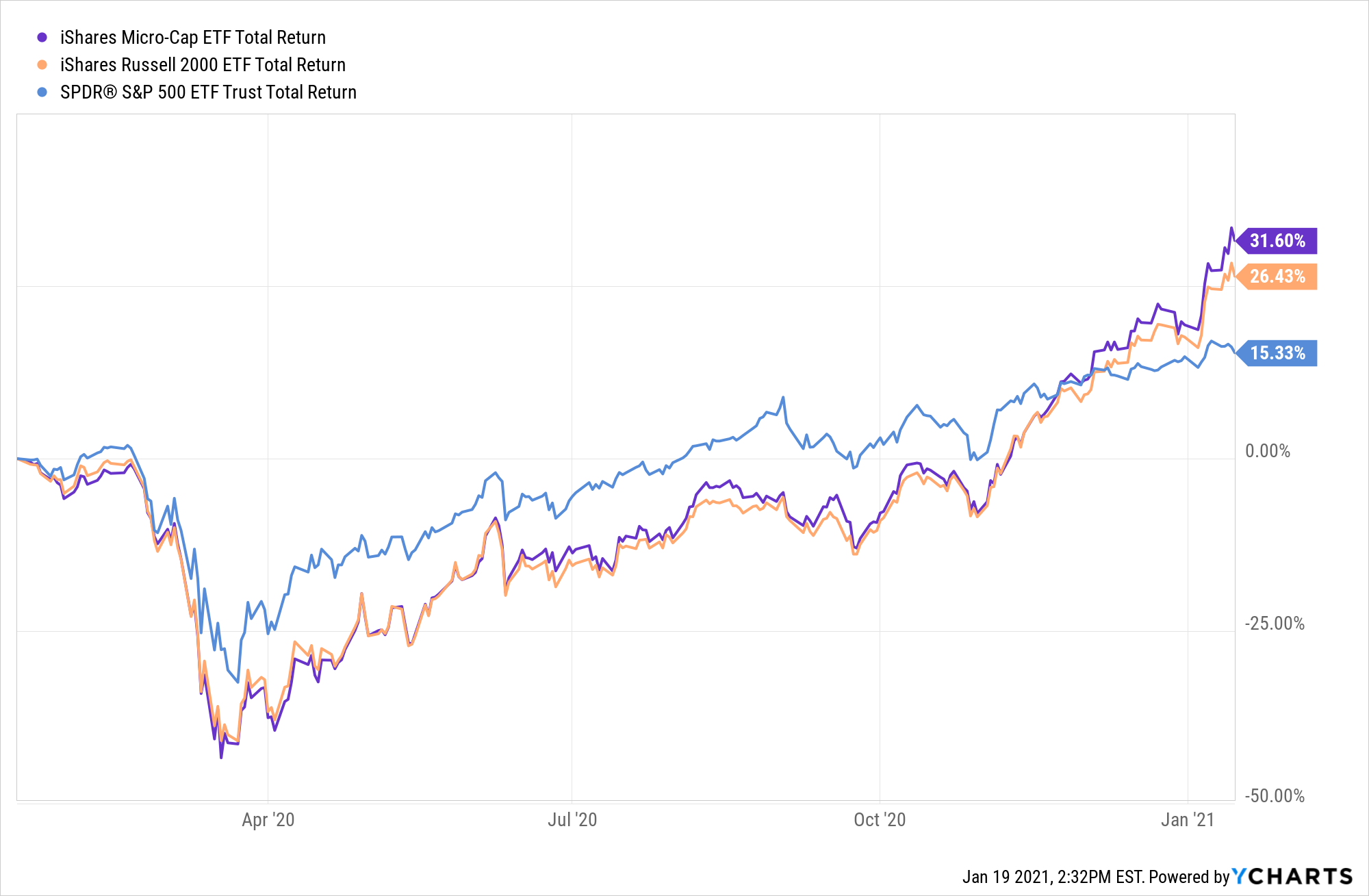 I wanted to look under the hood to see what’s driving the returns in small stocks. The answer, mostly everything. 83% of stocks in the Russell 2000 have positive returns over the last 6 months.

How is it possible that the 10 biggest stocks have done six times as well as the index? Because unlike the S&P 500, the Russell 2000 does not have any concentration issues.

Please allow me to explain what you’re about to see. I tried creating a pie chart of the Russell 2000 to compare it with the S&P 500, but since the slices are so thin, it just didn’t work. You could only see a quarter of the chart and the rest was just white space. In order to correct for this, I sorted by alphabetical order. Feast your eyes.

The takeaway for me is that the Russell 2000 is way more diversified than the S&P 500.

Josh and I got into this and much more in the latest episode of What Are Your Thoughts?

Josh and Michael use YCharts when creating visuals for this show, as well as for many aspects of their business. What Are Your Thoughts viewers can get a 20% discount for YCharts by clicking here (new users only):