These days people are more concerned with losing out than they are about losing money. But it wasn’t too long ago that people spent time worrying about the most boring part of their portfolio.

Interest rates have been rising for the better part of the last six months. The 10-year treasury rate went from 50 basis points in August to 1.3% today. The 30-year is up to 2.08% today, which doesn’t sound like very much until you consider that it was below 1.2% in the summer. 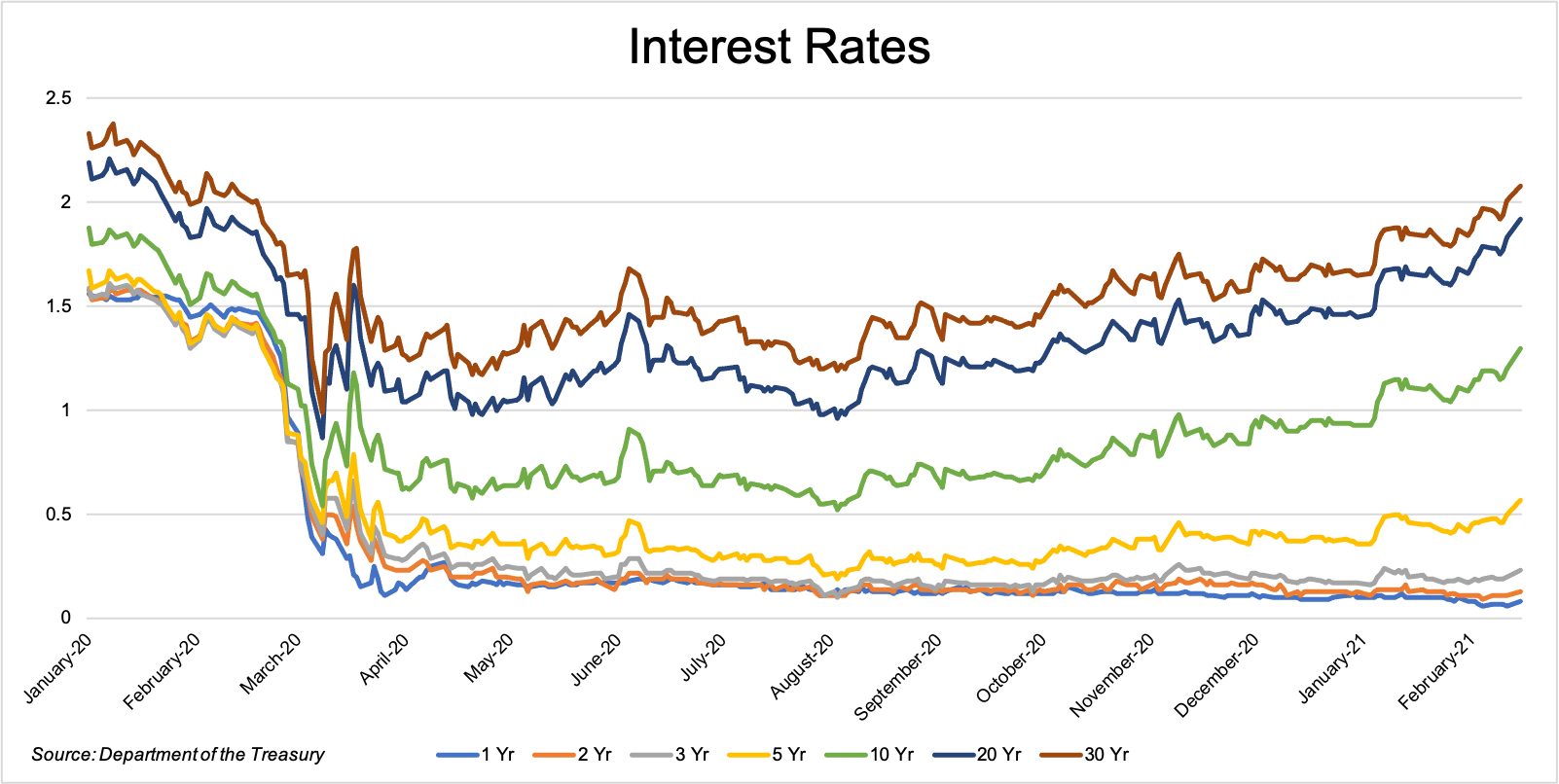 Short-term rates still haven’t lifted off the floor, but longer-term ones are rising due to a combination of a better economic outlook and higher inflation expectations.

Fixed-income investors worry about rising interest rates when they really should be rooting for them. The only way we’re ever going to get a decent return on bonds is if rates rise.

Bond prices fall when rates rise but maybe not to the degree that you would imagine. Even with the move over the last few months, a broad-based bond index is not even 2% off its highs. A bad year in the bond market is a bad afternoon in the stock market. At least for a mix of investment-grade bonds that don’t go too far out on the maturity spectrum. A bad year for those bonds is actually similar to a bad year for stocks.

The rise in rates has taken a sledgehammer to said bonds. Zero-coupons are in a 21% drawdown. 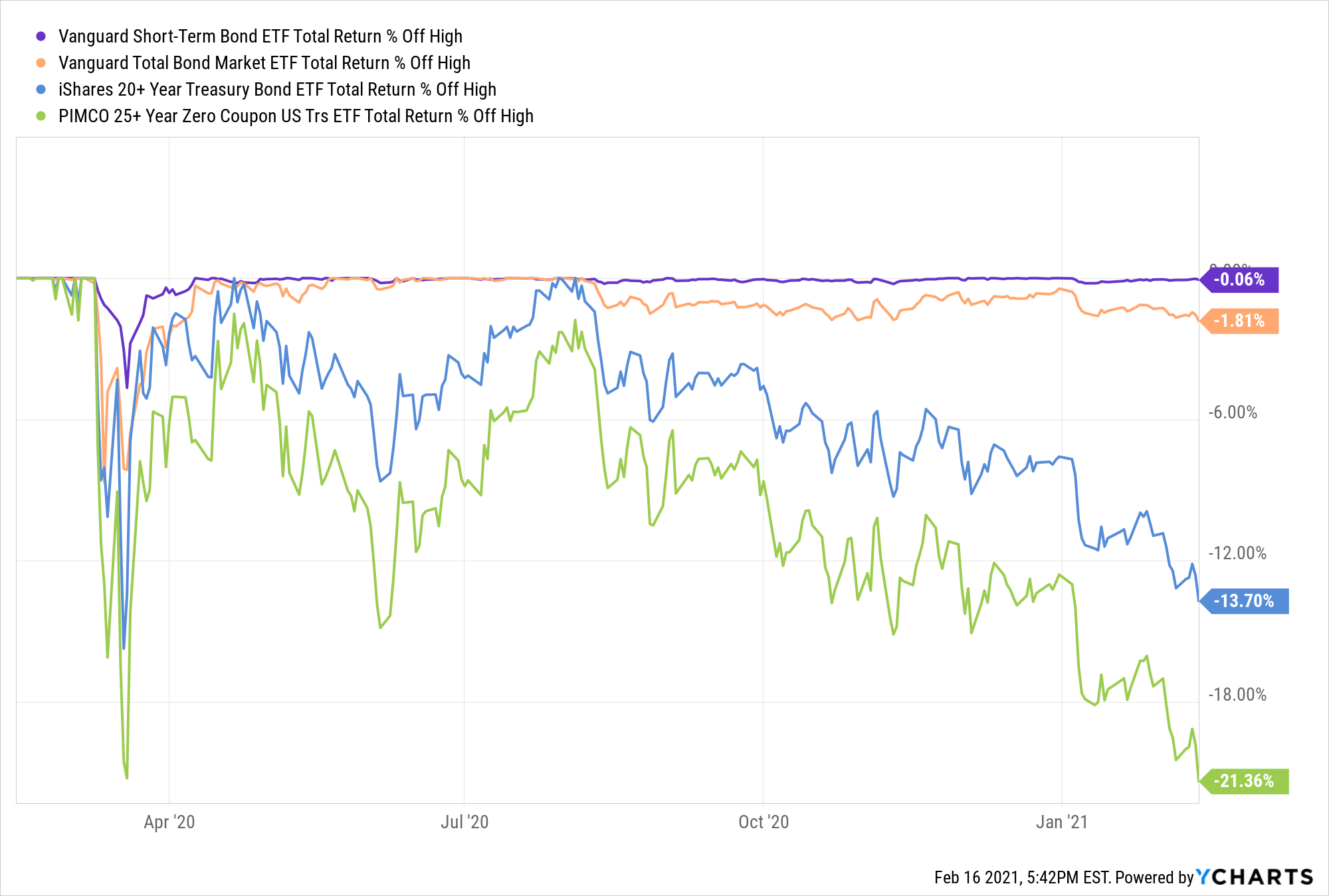 Early in the pandemic, zero-coupon bonds were like a call option on chaos. The round trip since then is something else. 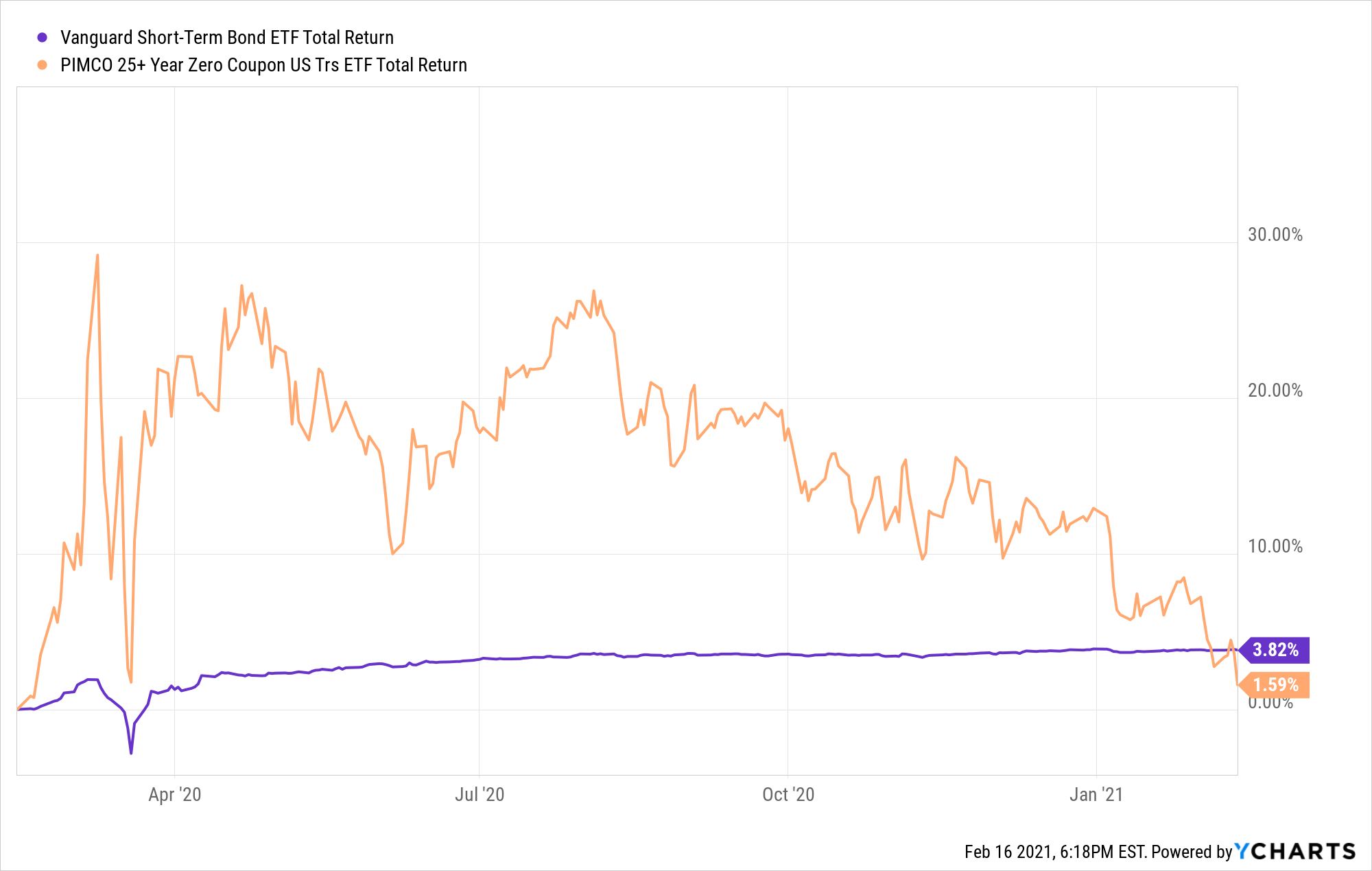 It’s no fun talking about bonds when penny stock volume is exploding, but the rise in rates is something I’m keeping a close eye on.