Bitcoin looks terrible. You don’t have to be a Chartered Market Technician to know that at $43,800, this thing is breaking all sorts of trendlines and potential support levels. Technical analysis is nothing more than the study of buyers and sellers, and right now, the sellers have the upper hand. No need to make it any more complicated than that. 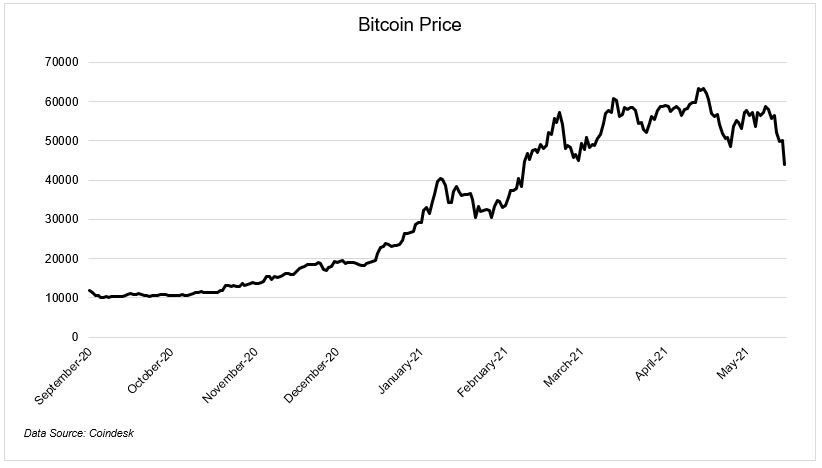 Bitcoin momentum has petered out over the last few months, and it’s clear that Elon Musk’s recent shenanigans are the paper straw that’s breaking the camel’s back.

This is the noisiest selloff in quite some time, but other than that, this is rather ordinary. Bitcoin routinely falls 30% or more from its all-time highs, as you can see in the charts below. 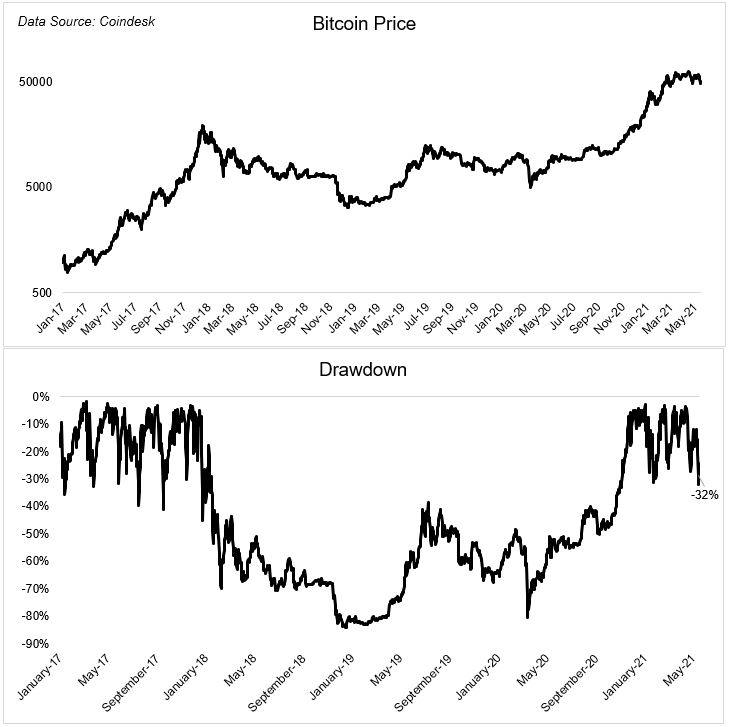 And yet despite these brutal declines, the price is up ~50x over the same time. Bitcoin is the definition of no pain, no gain. Did you think getting hilariously rich was easy?

I have no idea where Bitcoin goes from here. Nobody does. And just because every other selloff eventually led to new highs, that doesn’t mean this one will as well.

From a layman’s perspective, it seems like the Bitcoin narrative is losing steam to Ethereum. But it still has the first-mover advantage in terms of name recognition, and I would guess that all the institutional money that’s been coming to the market will keep coming. And for those who were waiting for this pitch, here’s a chance to swing.

Bitcoin is crashing. This is what it does.

I have no intention of selling my position. I’ve been nibbling here and there and will continue to add if it goes substantially lower. I think Bitcoin has very little chance of going to zero, but I’m investing as if it does. In other words, I’m not putting in any more than I can lose. This is definitely 100% absolutely positively not investing advice.