The U.S. public stock market closed at an all-time high in October. Private markets are enjoying the same up only type of activity.

In a new report from AngelList, they shared that:

In 4Q20, 80% of startups that changed valuations were marked up or had a positive exit—a new record for startups on AngelList at the time. That record was broken in 1Q21 (85%) and then again in 2Q21 (90%).3Q21 fell just short of setting a new record for positive activity. Instead, it’ll be the second-best quarter ever for early-stage venture (Series A or prior): roughly 87% of events that happened to startups in the AngelList portfolio in 3Q21 were positive ones (i.e., markups and positive exits)

Private companies are growing bigger, faster, and stronger. The median pre-seed round is $8 million. Series B valuations are up 31% to $375 million. For context, and I know this a million years ago, but when Amazon went public in 1997, they were valued at $438 million. 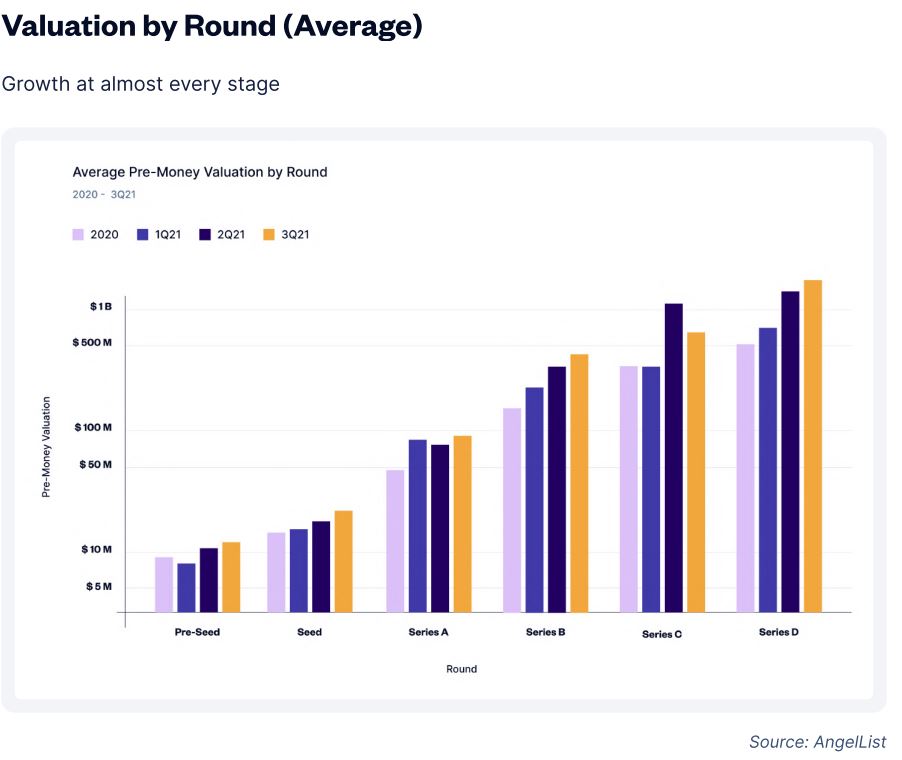 The fastest-growing area in private markets are crypto and blockchain companies. Interestingly, one of the biggest players in the space is not a traditional venture capital fund. It’s a corporation, Coinbase. In Q3, they made a record 49 investments, averaging a new deal every 1.8 days.

On AngelList, blockchain/crypto investments made up 5% of all deals but garnered 16.6% of all deployed capital. 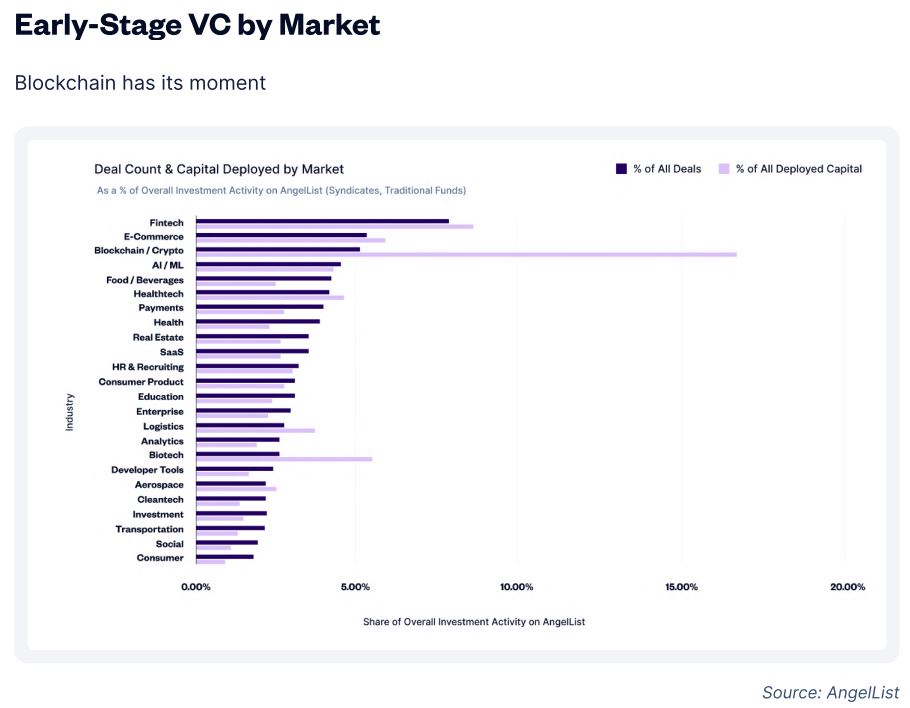 Not surprising, but fascinating nonetheless, is this chart which shows that startups lean heavily on the services of big tech. 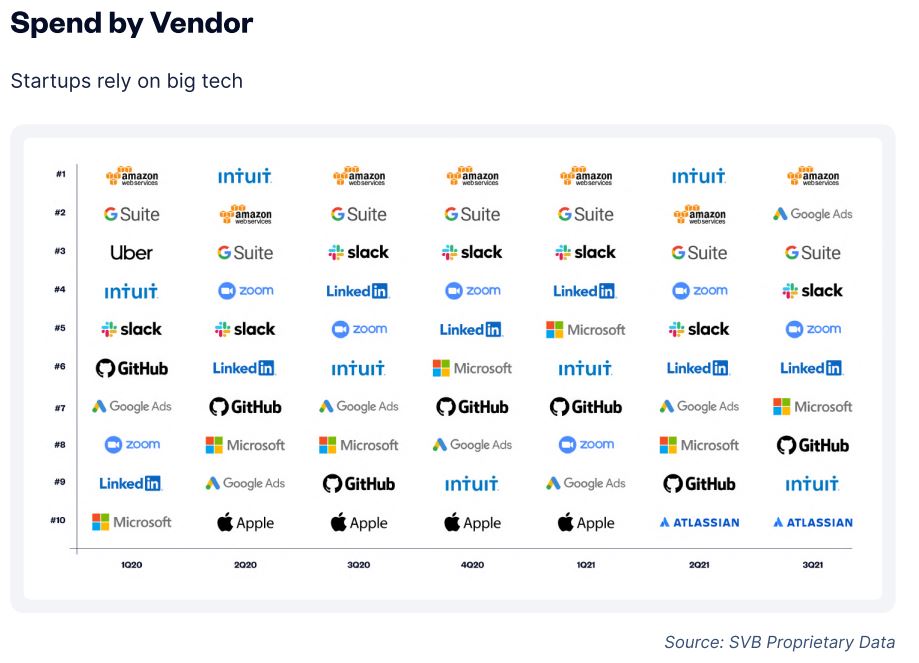 As someone who doesn’t use LinkedIn very often, I was surprised to see their revenue grow 42% in Microsoft’s latest quarter. Obviously, this is a blind spot of mine, given how reliant startups are on this service.

For more information, hit the link below.

The State of U.S. Early-Stage Venture and Startups: 3Q21