An investor who bought ARKK in September of last year gained nearly 70% in 6 months. But just 9 months later, they would give it all back. ARKK, probably the hottest fund of my investing career, is 40% below the highs made earlier this year. I say this as a matter of fact, not to wag my finger. I take no pleasure in other investor’s misfortunes. 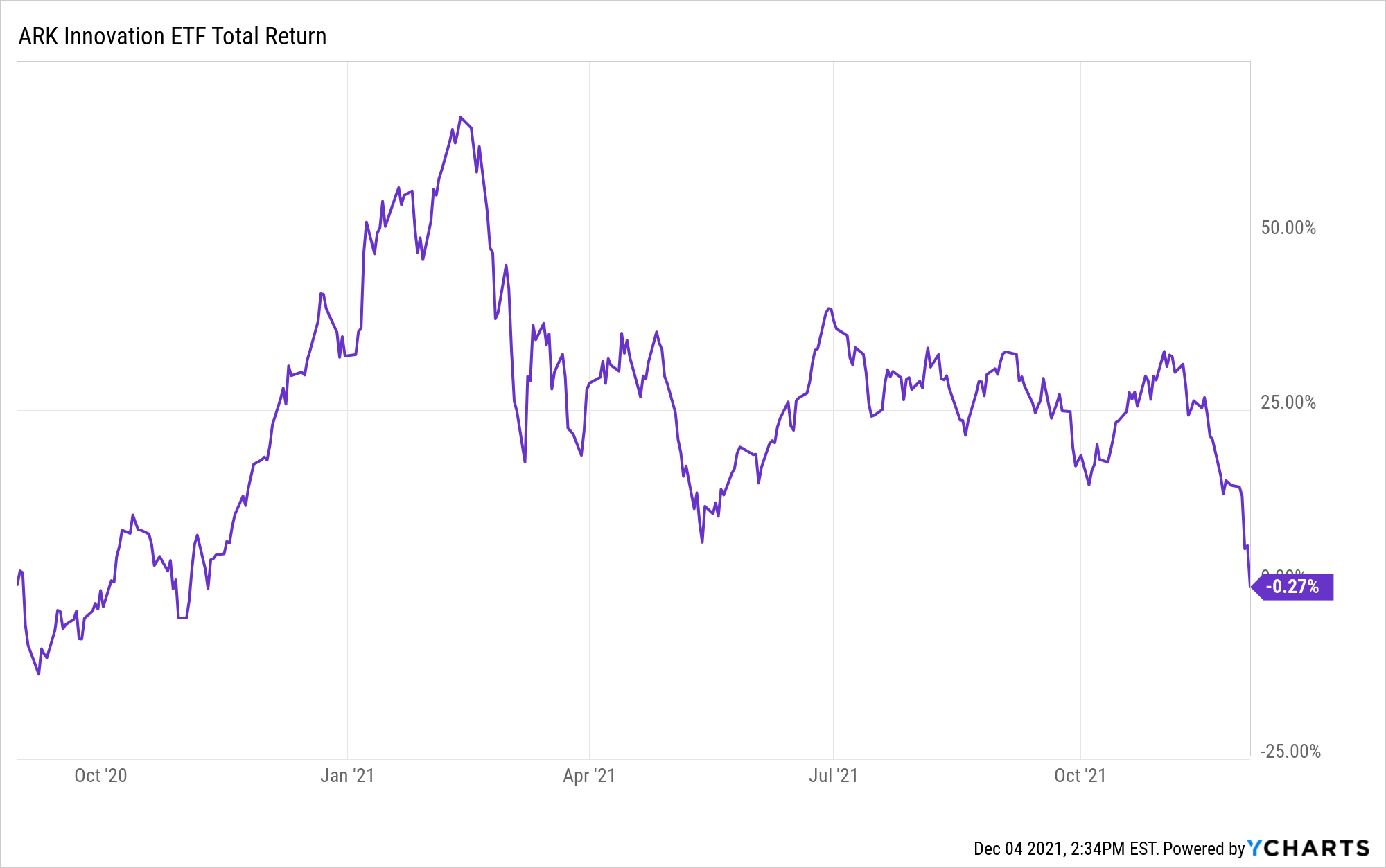 The ETF looks bad and the holdings look worse. All but 4 stocks in the fund are in a 20% drawdown.

There's a bear market for all but 4 stocks in Cathie Wood's ARKK fund. Is this a buying opportunity or were these just overpriced stocks in a period of euphoria? pic.twitter.com/IPHwkzmb2k

This person raises an interesting question. More or less everyone was on board with the fact that these stocks were overvalued coming into the year. In October, when Zoom briefly had a larger market cap than Exxon Mobil, it traded at 124x sales. Today it’s 14x. Peloton traded over 20x sales in December. Today it’s 3x. The chart below shows the average PS ratio of some of the highest of high fliers that have since crash-landed. 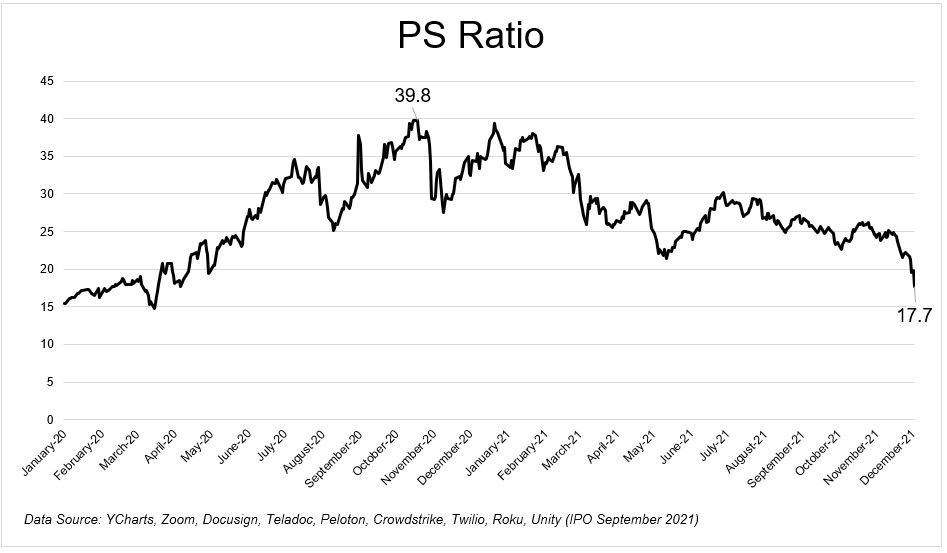 Clearly, these stocks were too expensive a year ago. But what about now? Just as these stocks overdid it to the upside, I wouldn’t be surprised if they overdo it to the downside. And now for a hedge. There will be incredible opportunities in some of these names if there isn’t already.

This is a rude awakening for people who came to investing only in the last year. All of the stocks that are getting killed are the WSB/Robinhood trader-type names. Speaking of Robinhood. Yikes. 69% off its high.

On Friday, for the first time in a long time, I was getting text messages from people with screenshots of their portfolios. It wasn’t pretty. But the good news is the only way to learn is by doing. Getting hurt is a necessary evil, and the pain doesn’t last forever.*