Interest rates are the lifeblood of an economy. The cost of money impacts everyone in one form or another.

Money has been free for a while. Not anymore.* The chart below shows interest rates over the last year. Short-term rates are still pinned to the ground, while at the same time we’re seeing some serious liftoff 1-3 years out. 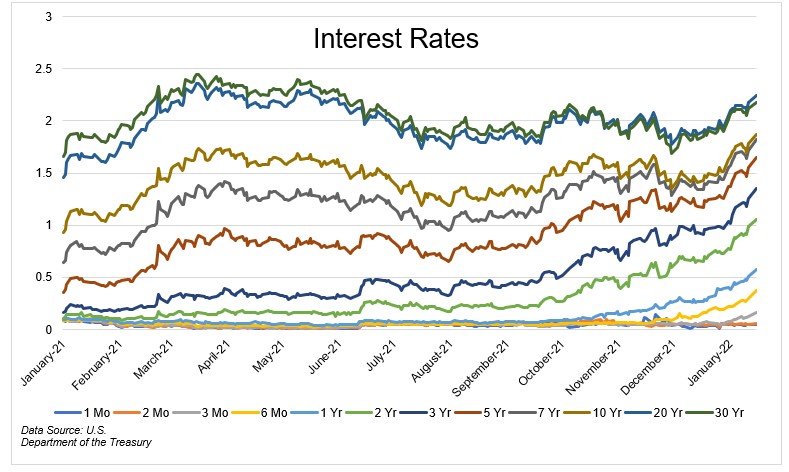 The 2-year yield is significantly higher today than it was a year ago, especially relative to the 10-year. As a result, the yield curve has flattened out dramatically as you can see in the chart below. I won’t pretend to be a bond whisperer, but a steep yield curve is indicative of a thriving economy. A flattening one, not so much. At least that’s what the textbooks say in theory. 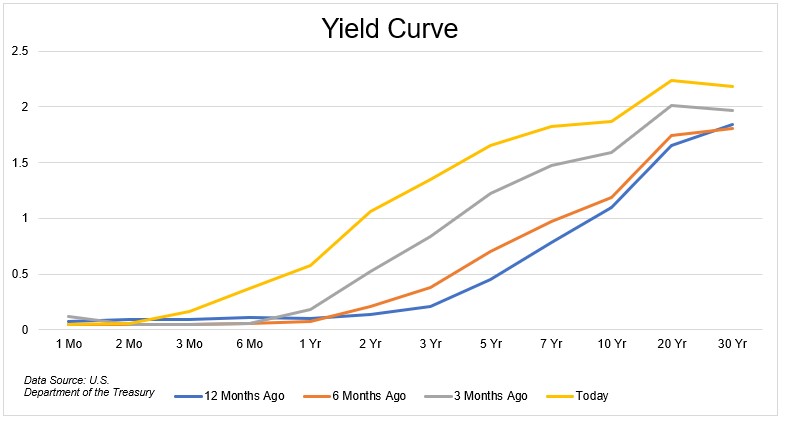 The federal reserve hasn’t moved yet, but the market is starting to reprice risk. According to data from the CME, one month ago, there was a 47% probability of a rate hike in March. That number is now 92%. 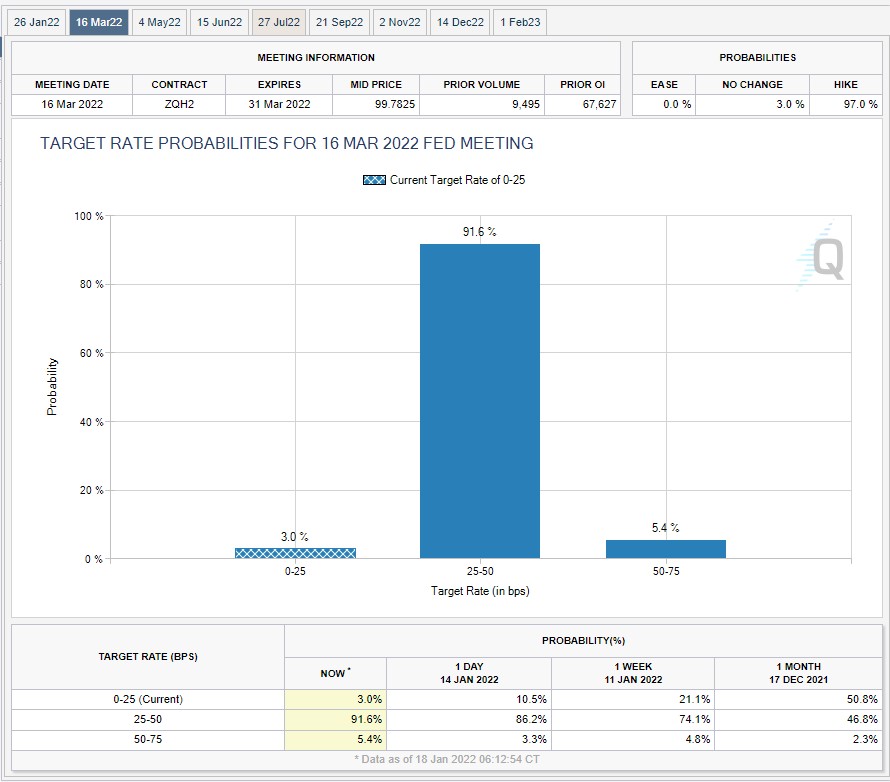 Cheap money impacts the winners, both individuals, and corporations. It’s hard to say with certainty that low borrowing rates have contributed to stock market inequality, but maybe there’s something there.

Sir Jamie Catherwood posted a great chart over the weekend, showing that while high and on the rise, US market concentration is not without precedent.

A few things are going on here. Some people say that index funds are making this worse. Hard to disprove, but as Jason Zweig wrote, AT&T was 13% of the market in 1932, four decades before index funds hit the market. Jason also linked to an old post of mine, where I compared companies today (2018) to companies in 1965.

Okay, not unprecedented, but also, still maybe not healthy. I am sympathetic to the argument that giant tech companies are stifling innovation. I don’t know enough about industry dynamics to opine intelligently, but Apple’s take rate, for example, kind of sucks.

Large stocks have carried the market on the way up. What happens on the way down? I don’t know that I would bet on this, but it’s conceivable that big tech loses its leadership and the overall market doesn’t crumble. How? Well, what if banks and energy stocks, which have been trading at depressed multiples for years, get re-rated? Bill Nygren wrote about this in a recent memo:

Many investors are still scarred from the Great Recession of 2008 and are unwilling to consider investing in banks, despite their improved business quality and low multiples. It’s also why we own energy companies that sell at single-digit P/E ratios.

Financials and energy are around 15% of the S&P 500, compared to 28% for technology. It’s hard to see Apple and Microsoft getting killed while the market holds up, but crazier things have happened.

Nonprofitable tech continues to get rekt, and is for me and many other market observers, the most exciting story right now. To what extent are flows driving returns? Hard to say, but Jake made an interesting observation back in December, that the underperformance relative to the NDX was driven by companies that ARKK owned more than 10% of.

Underperformance in Feb vs QQQ was 6% driven by what appears to be almost solely by exposure to holdings they owned > 10% of the company. Of the 17 detractors of more than 10 bps, 13 had more than 10% ownership by ARKK (yellow – these 13 detracted 4.75% in Feb) pic.twitter.com/2tHHGDPMo1

As I’ve said before, the amazing thing about this story is how many people predicted this would happen. By this, I mean that the new money that poured in at the top would get burned. The average dollar invested in the fund is now underwater. The question now is, how long it hangs around. 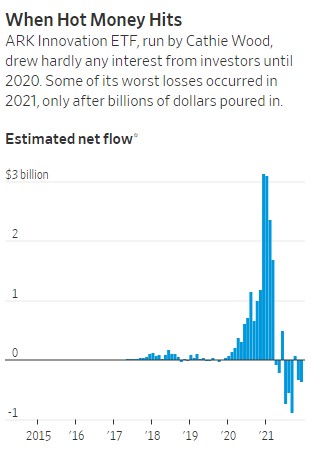 Josh and I got into this and much more on tonight’s What Are Your Thoughts?

*Historically, it’s still free for all intents and purposes. But it’s not only the level of interest rates that matter, but the direction that they’re heading.