Now that we’re officially in a bear market, everyone wants to know when it’s going to end.

Ben looked at the historical records and found some interesting results. Some bear markets were over as soon as they began, like 1948 and 1957. Others took a while, like 73-74 and the dotcom bust. The past isn’t much help with figuring out the future, but I did find this data point to be interesting: Seven out of the last twelve bear markets have bottomed in 46 days or less once the -20% level was breached. 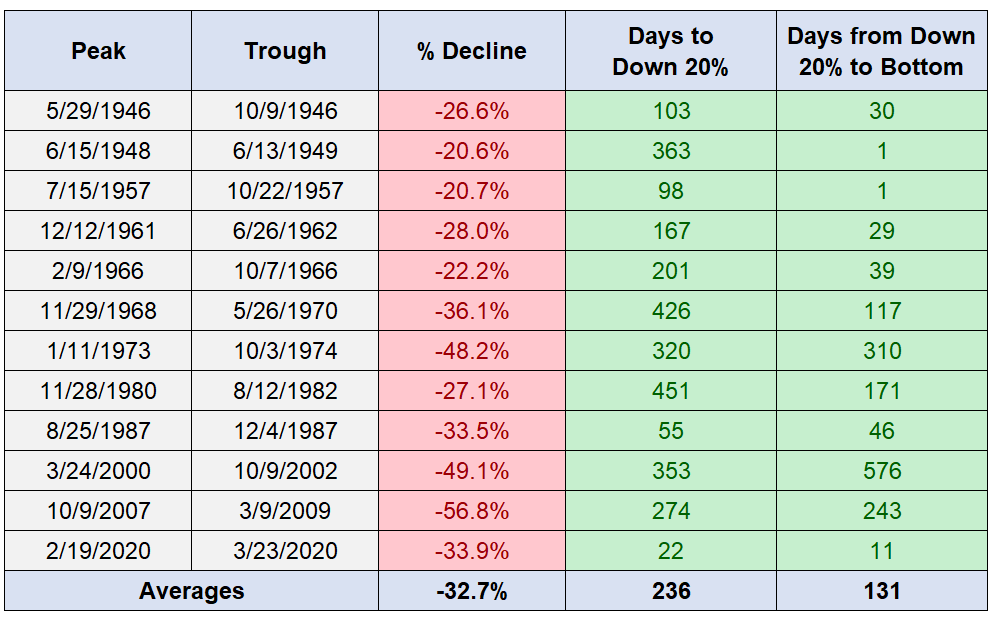 Market structure is so different today than it was in the past, so we have to take all of this with a grain of salt. From trading on your phone to zero commissions to 401(k)s and target-date funds, today’s market just doesn’t resemble that of the past. Things move a heck of a lot quicker today given how easy it is to trade and how fast information travels. 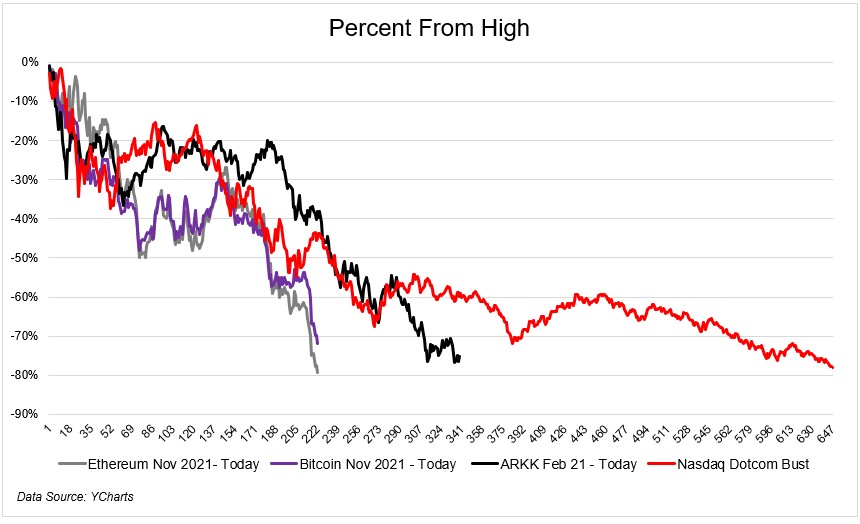 The pandemic bear market was the quickest one on record, free-falling 20% from the highs in record time. While that was an outlier due to an exogenous shock, the current episode is more related to a normal market cycle. We’re already 115 days removed from the peak, so it’s possible that the faster market hypothesis gets put to the test in the second half of the year. 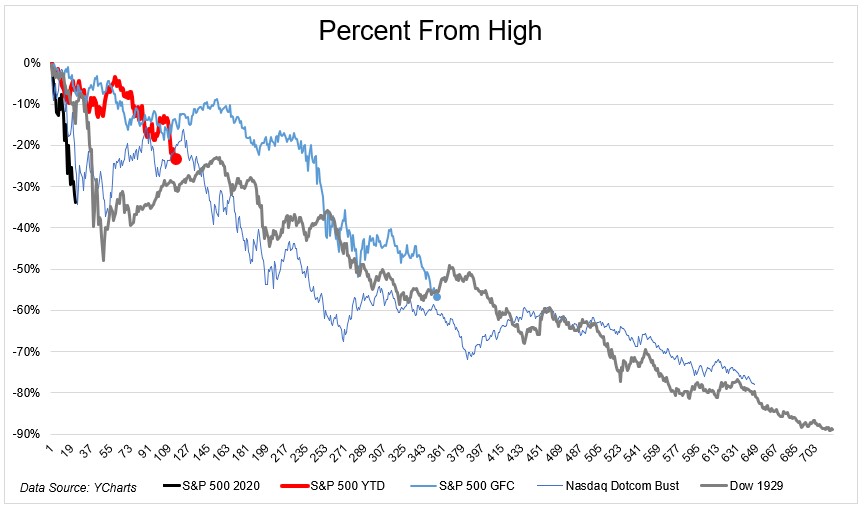 My guess is that it doesn’t take 300+ days to find a bottom like so many prior bear markets did. But with the fed in a hiking cycle, it’s entirely possible that the market doesn’t find solid footing until we know what terminal rates will be. Sorry to “on the one hand, on the other” you, but I think keeping an open mind helps limit brain damage.

Markets move faster these days, there’s no doubt about that. Whether they bottom faster too remains to be seen.