Every time there is an article about buy and hold investing, somebody inevitably is in the comment section with “now show Japan.” This is often used as the knee-jerk response to people like myself, who believe that buying and holding should be the default setting for most people with most of their money.

Japan experienced one of the most spectacular stock market bubbles of all time. From 1971 to 1989 the Nikkei gained 1858%. 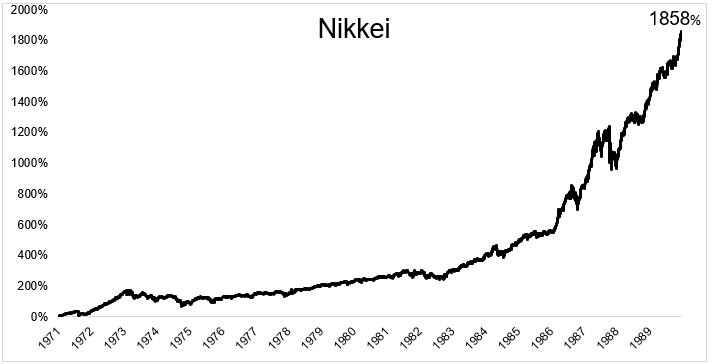 An average annual return of 19% for 19 years is something we might not see again for the rest of our lives. 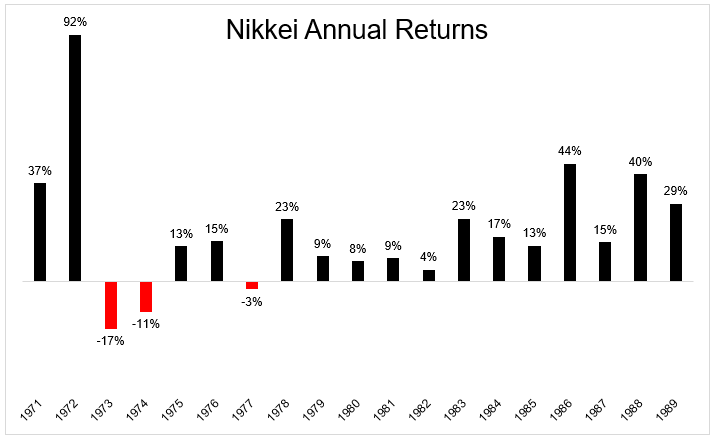 Like all other bubbles, this one popped in spectacular fashion. From 1990 to April 2003, the Nikkei fell more than 80%. Even today, nearly 29 years after it peaked, prices are 43% below their highs. 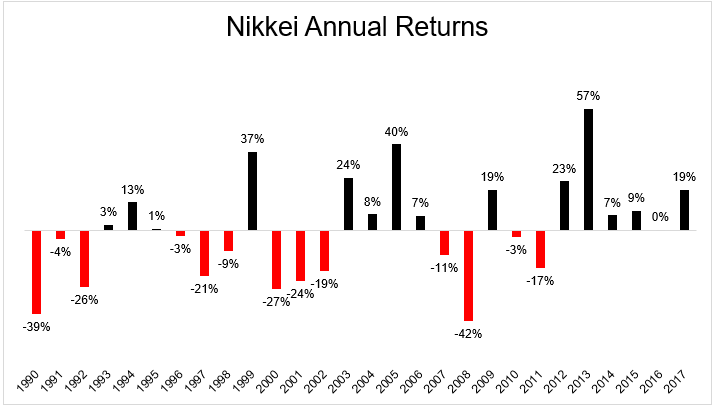 There are plenty of lessons to be learned from stock market bubbles, but the idea that they invalidate buy and hold is not one of them.

The important thing we should learn from bubbles is that stocks have the potential to fall way past the level of acceptable losses for many investors. Even Jack Bogle himself would have difficulty staying the course during a 30 year bear market. Stock market bubbles and their ensuing bear markets can potentially be mitigated with diversification and a rules-based risk management system. 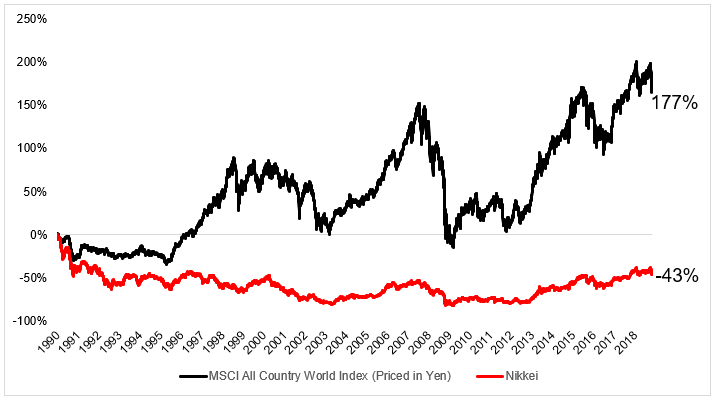 Stocks can lead to ruin. We’ve seen this time and time again. But hoarding cash because stocks carry extraordinary risk is not the appropriate course of action. If this type of risk did not exist, there would be no returns.

There are ways to sidestep an 80% drawdown. Not all of it of course, but any sort of rules based system would have sold Japanese stocks at some point before the pain was too great to bear. You could have chosen momentum or any number of simple moving averages, which I’ve included as an example below.

This chart shows a very simple strategy of buying the Nikkei when it has a monthly close above a moving average and selling when it closes the month below a moving average. When not invested in stocks, this model would have been in 30-day U.S. T-Bills (I couldn’t get Japanese bond returns going back to the early 70s, so I used this as a proxy). 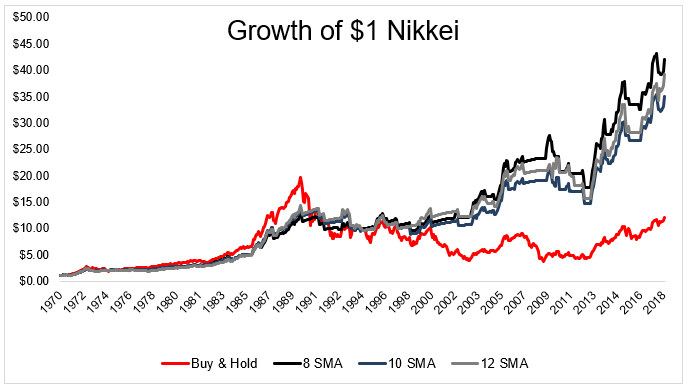 Using the 8, 10, or 12-month moving average as a signal would have done significantly better than buy and hold, and more importantly, it would have experienced much more reasonable drawdowns. These models experienced maximum declines of 30-40% depending on the signal, which is far from perfect, but it’s also far from catastrophic. 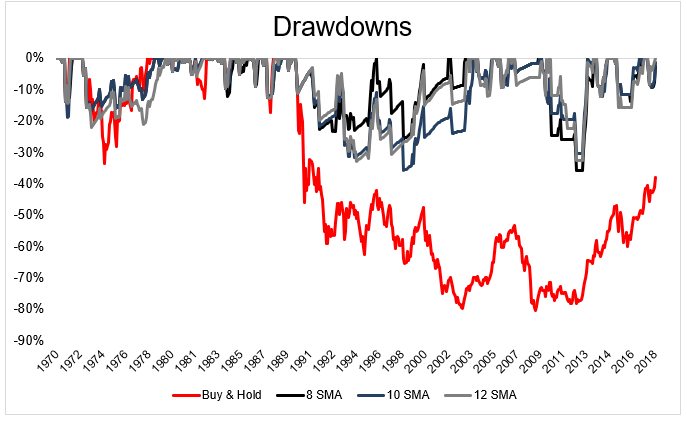 The way I think about protecting ourselves against these risks is to diversify away from your home country and to implement a rules-based risk management system that will protect you from selling at the point of maximum pain.