According to a recent Morningstar report, “shareholders of major U.S. stock market index funds have about 40% foreign exposure, as measured by corporate revenues.”

Does this mean that U.S. investors already have plenty of overseas exposure, eliminating the need to diversify into international stocks?

Let’s go to the scorecard. 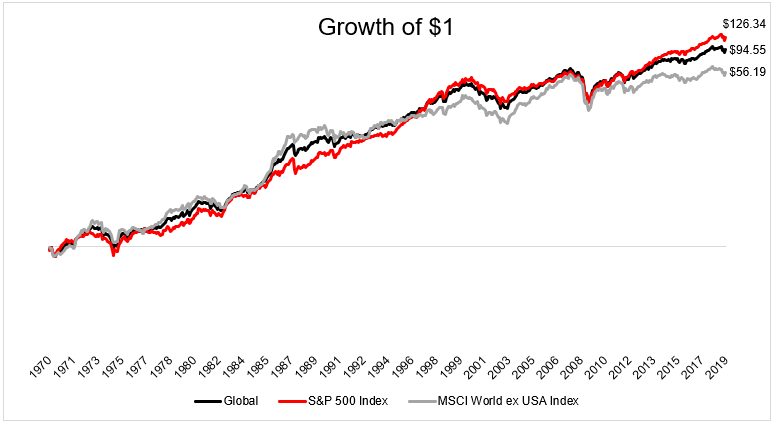 Growth of $1 might be the right metric for people looking to maximize growth of $1. However, most people are really looking to maximize their growth relative to their ability to minimize regret. The chart below shows the difference in three year rolling periods between U.S. stocks only and a 50/50 U.S./International portfolio. Green is when U.S. only outperforms, red is when a global mix does better. 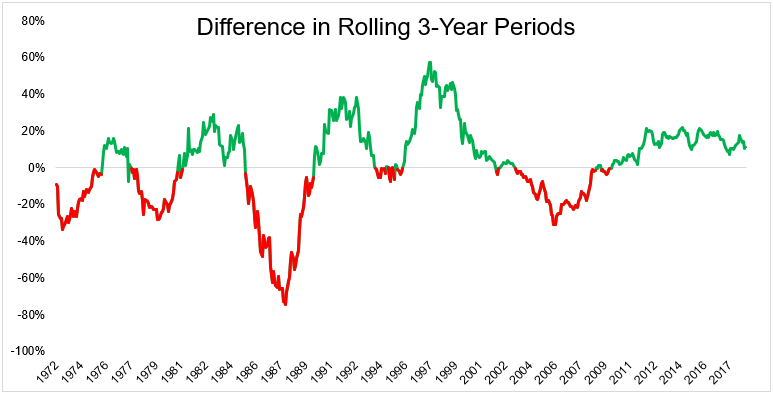 The U.S. has been crushing for a long time now, but as the chart shows, this is not always the case. Timing these regimes is not a worthwhile endeavor and will only lead to regret, which is the most poisonous feeling in the spectrum of investor emotions. This is why I spend a lot of time thinking about regret-adjusted returns.

It may be true that 40% of U.S. revenue comes from overseas, but foreign stocks are mostly controlled by foreign investors, investors whose world is influenced by things outside of our borders. So while the revenue numbers may suggest one thing, I believe the truth suggests something else.