Not even five years ago, Bed Bath & Beyond was at $80 a share. Today it sits just above $8. A similar story has come to pass in JC Penney and Macy’s, with a few others not far behind. 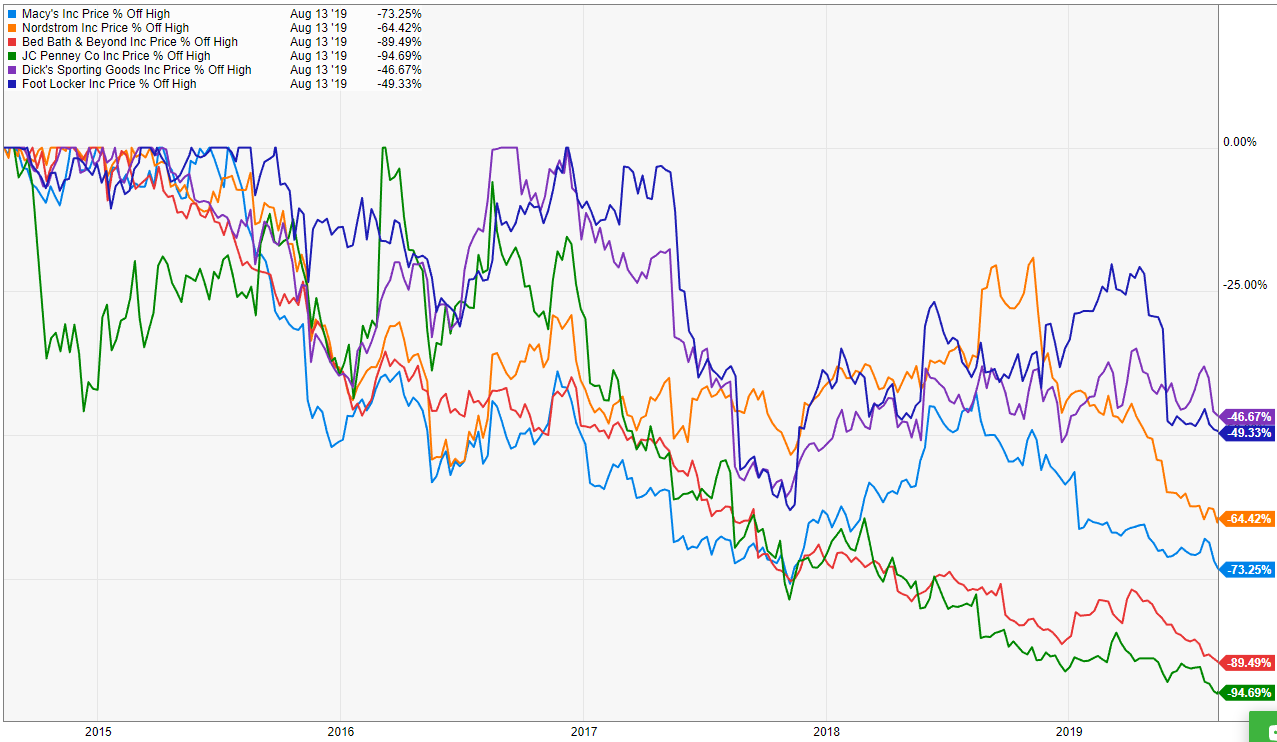 In a recent Barron’s article, The Retail Reckoning Has Just Begun, they identified one of the main drivers of their demise. Simply put, there is too much supply.

The chart below shows the amount of retail space per person in the United States versus other developed nations. 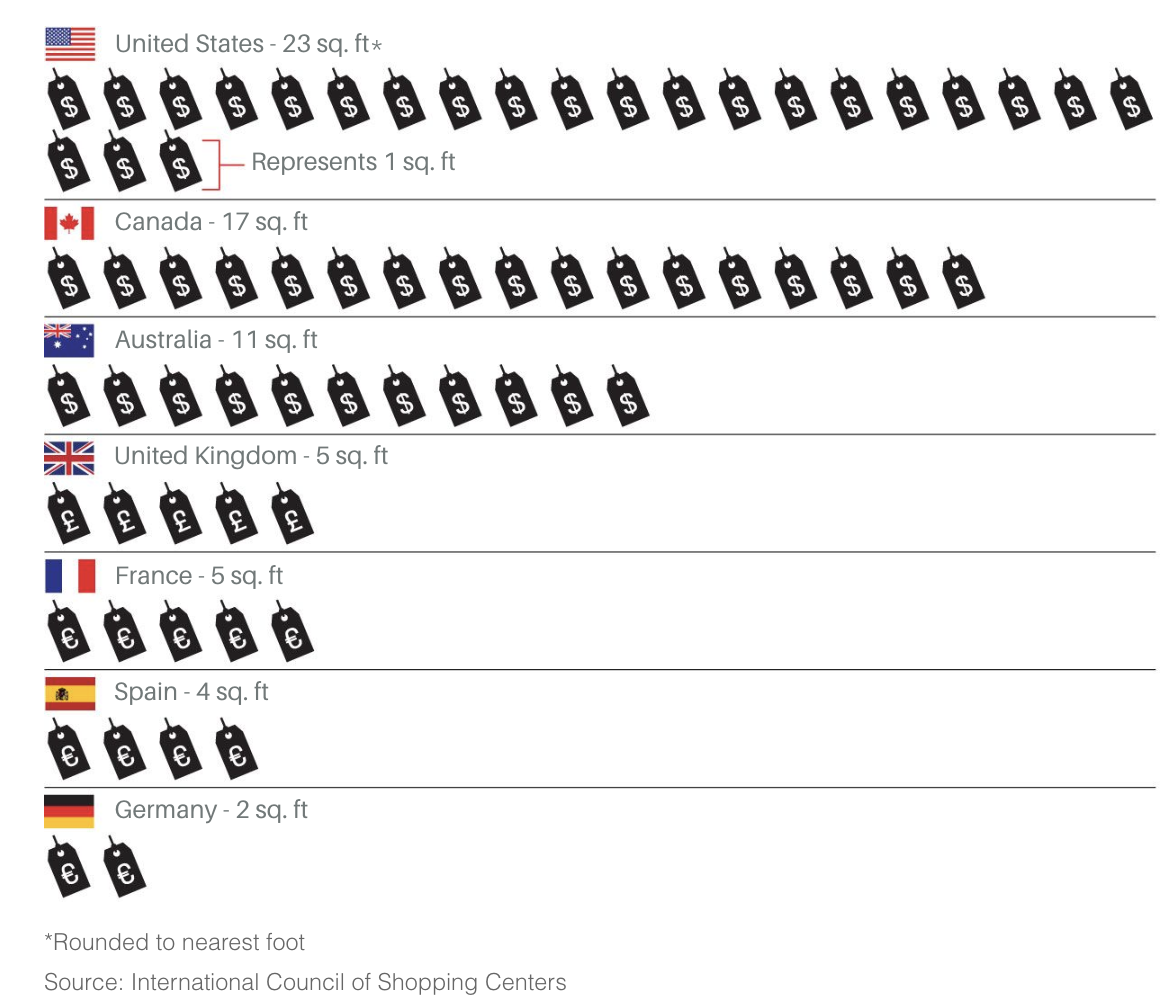 Making matters worse, people aren’t going to the stores in the same way that they’re no longer going to the movie theater. On top of that, there’s Amazon, and the latest giant, Instagram. Facebook, is coming for the retailers too, and it’s a full on assault.

Yesterday I was scrolling through my Instagram feed when I noticed a little button on Kylie Jenner’s picture that said “View Products.” (Oh stop it, she has 143 million other followers). I clicked on the button to see its utility, which you can see on the right side of the image below. 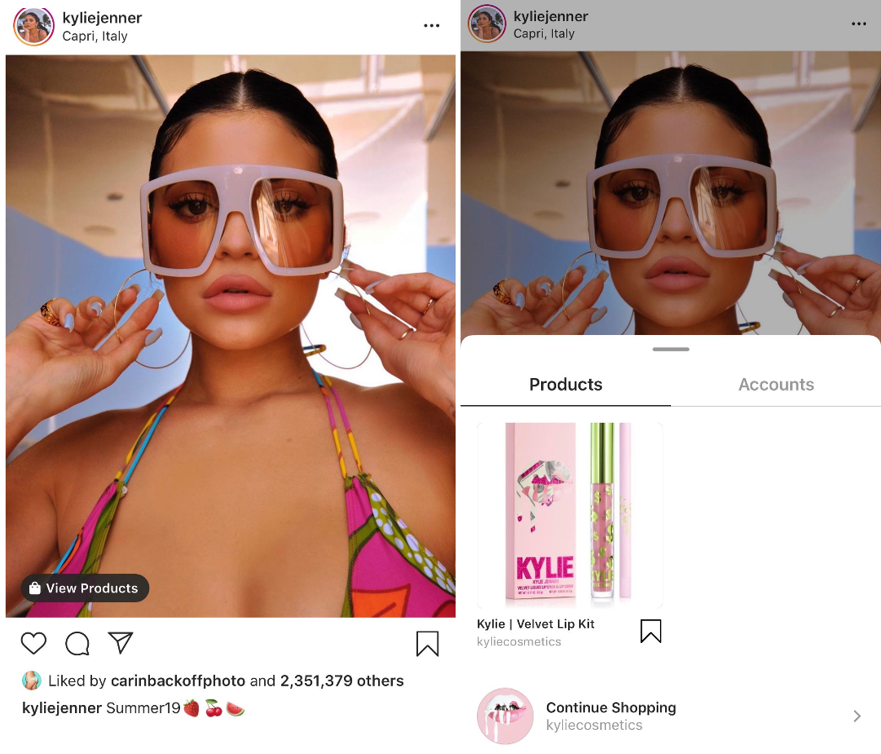 Facebook is not playing around. They’ve basically turned Instagram into your personal shopper. Over the last six to twelve months, most of the clothing I bought was on Instagram, which is something I never thought I’d say.

I wouldn’t want to be a CEO at these struggling companies trying to figure out how to turn this thing around, and I really feel for the people working there. The game has changed and it’s going to be really challenging for the incumbents to figure out how to play by the new rules.