My wife sent me the following text message this morning:

“There is a whole thread about this in a NYC DOE teacher Facebook group I’m in.” The text was followed by the image below. 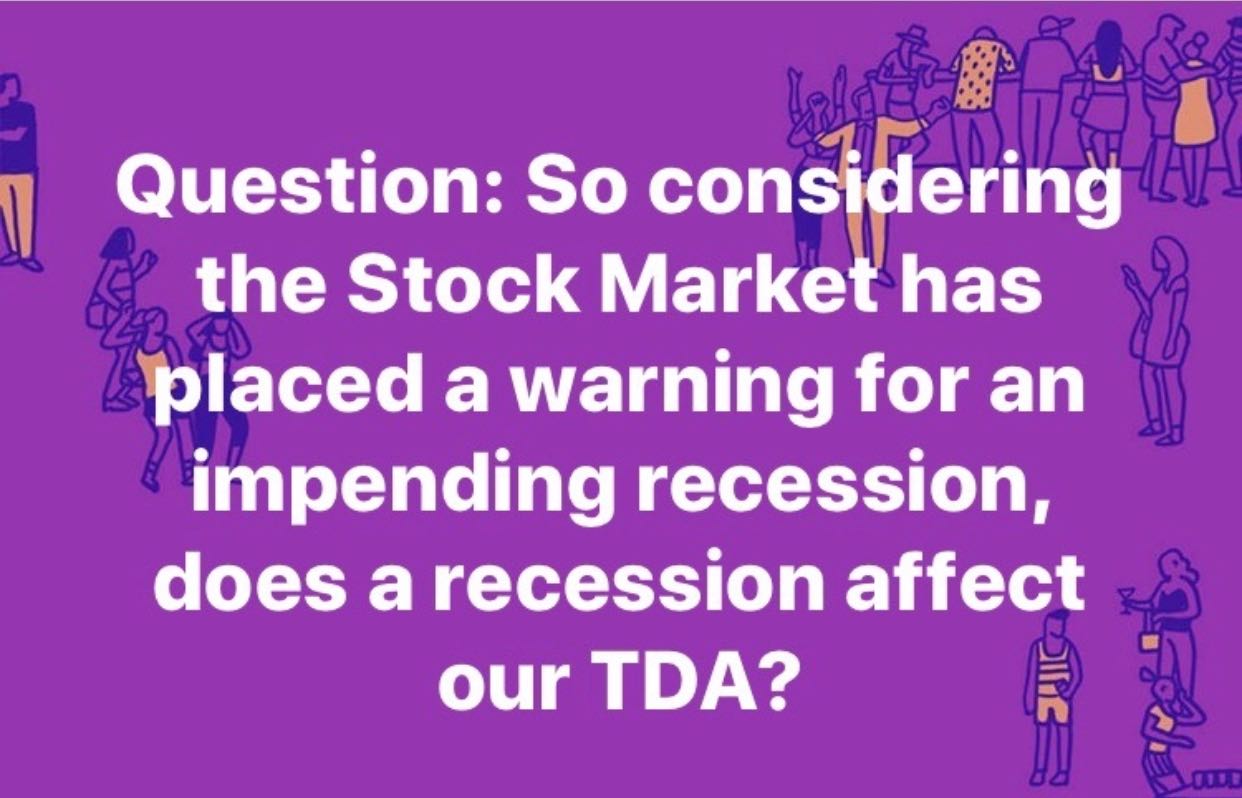 A TDA, or tax-deferred annuity, is a 403(b), which is the equivalent of a 401(k) for teachers, hospital workers, and other not-for-profit organizations.

Emotion was running high in this thread. Some people were blaming the economy and other people blaming the media. But they all pretty much had the same question, “what do we do now?” The answers were all over the place, as you might imagine.

Josh wrote the best post on how to think about investing in your retirement accounts, which I would encourage everybody to read if you haven’t already. He said, “volatility is not risk, it is the source of future returns.” Amen brother.

The real question isn’t what should they do in their retirement accounts, but rather why they’re talking about the stock market and the warning it gave for an impending recession.

The simple answer is that news travels faster today than it has at any point in history. I will show you the evidence in two charts.

Below is the yield curve in black, with the red dots representing every time The New York Times mentioned yield curve and “inversion” or “inverted” in an article. You can see that the yield curve, despite a steep inversion in the late 70s and early 80s, wasn’t something that the media, and therefore investors, were so fixated on. 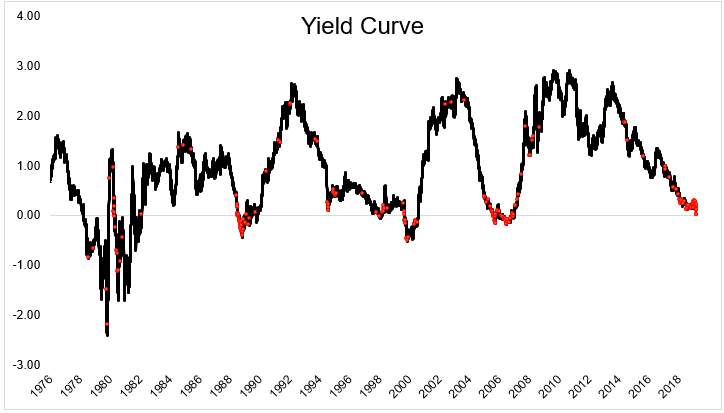 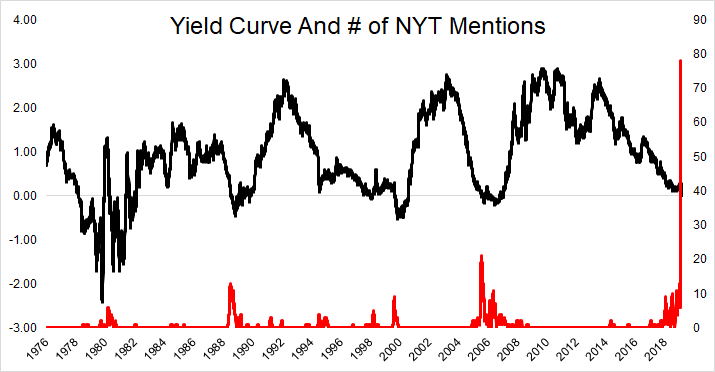 Now normally you might think a bunch of teachers freaking out about their retirement accounts would be a contrarian buy indicator. I’m afraid those days are long over. If you’re one of the people who rely on anecdotal sentiment to navigate the market, listen to me very closely- stop it. Stop it right now.

In ten minutes you can learn most of what took a lifetime for Darwin to discover. You have to be careful trying to infer something from everything, because in today’s world, it is virtually impossible to separate the signal from the noise.