The number of babies born in the U.S. last year fell to a 32-year low, according to a recent article at The Wall Street Journal

The decline in birth rates is sad, and I’ll get to that in a minute, but there is a silver lining: research out of the University of Notre Dame found that 35% of the decline from 2006 to 2017 was due to declines in unplanned pregnancies.

You can see this in the chart below, which shows the birth rate crashing hard for women ages 15-19 and 20-24. 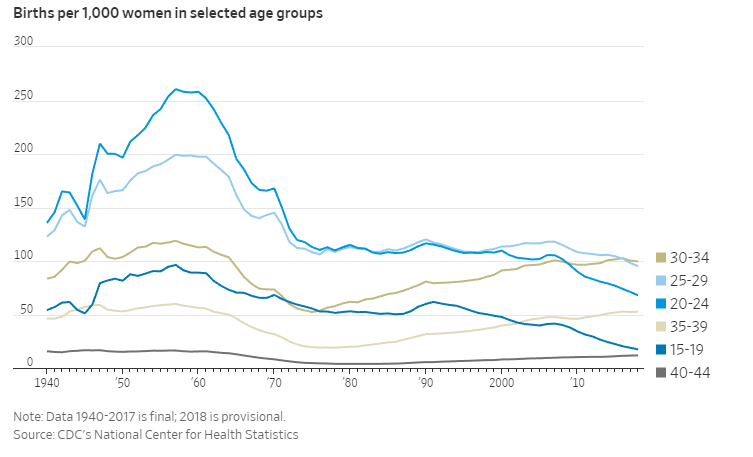 So 35% of the decline is due to unplanned pregnancies, which is great, but the other 65% I would imagine is mostly due to the economic hardships of raising a child.

The median income has moved at a snail’s pace over the years while the cost of child care has increased rapidly. 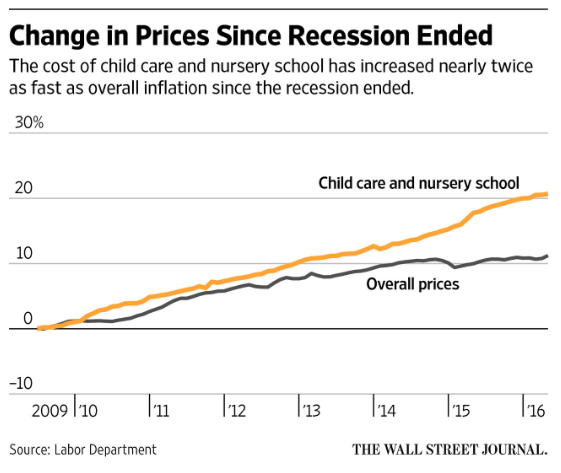 According to the Economic Policy Institute, in New York:

New York is the sixth most expensive state for child care, but if you scroll through the list, most states tell the same story about raising children. When you click on the drop down box by state they all say the same thing: “Child care is unaffordable for typical families in _____.”

Child care is the biggest line item expense, but there are plenty of other expenses associated with raising a child besides day care. Below is an approximation of these costs. 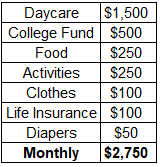 The numbers above shake out to $33,000 a year. The details will vary from family to family but any way you slice it, having children is expensive and is a big part of why birth rates have gone down in ten of the last 11 years.

I don’t see what could turn this trend around, and whether or not this is a net positive or negative is a rail I’d prefer not to touch.