The search term “the great depression” has spiked recently. People are worried, understandably so, that we are about to experience something similar to the worst economic calamity in modern times. I’m going to tell you why these fears are misguided. 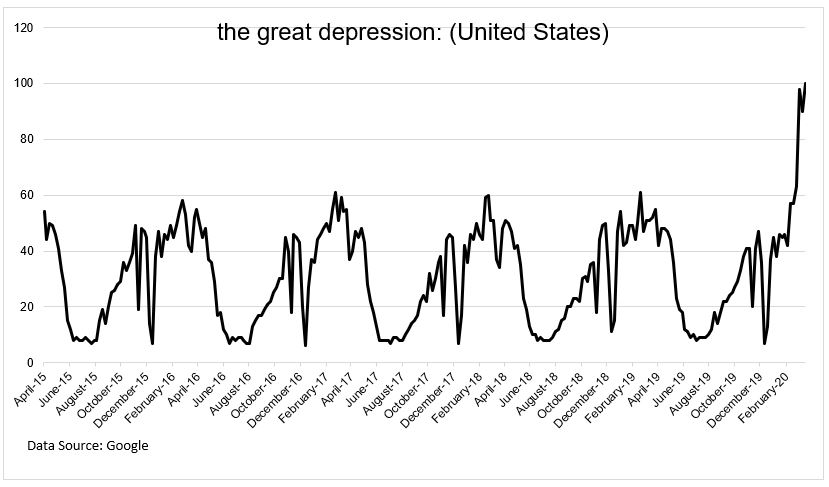 In 1932 there were roughly 75 million Americans over the age of 21. 11 million were unemployed.

We’ve seen a huge spike in unemployment recently but this is likely to be short lived. At the peak in the Great Depression, the unemployment rate was 25%, and it stayed above double digits for a decade. Making matters worse, President Hoover refused to offer the help of the federal government. He argued that self-reliance were enough for Americans to get through this “passing incident in our national lives.” Hoover’s main priorities were balancing the budget.

Eventually, in 1932 The Reconstruction Finance Corporation was created to provide loans to banks and other corporations, but at that point it was too little, far too late. Relief from the federal government didn’t come until 1935 with the passage of the social security act in 1935.

We were completely unequipped to do what needed to be done.

To say that the response from the government is different today is an understatement. By the time this is all said and done, we will have pumped trillions of dollars into the economy.

The Great Depression produced an unthinkable amount of pain on an entire generation of Americans. Nobody came out of it unscathed. Here are a few of the statistics:

“Adam Smith” once said, “Statistics provided rather bloodless answers.” In order to get a better sense of what these numbers meant, I highly encourage you to read The Great Depression: A Diary, by Benjamin Roth.

As I went back to read my notes on this book, one thing that stood out was the number of times he said “stand-still.”

We’re experiencing a three-week standstill which is causing all sort of problems. The stand-still of the depression lasted for ten years and was only broken by World War II. Times are tough, no doubt, but as you read some of the passages below, I think you’ll get a better sense of what The Great Depression actually meant.

Business is at an absolute standstill and the big stores are deserted even tho they are all running sales and almost giving the merchandise away…We seem to have touched bottom in Youngstown and it hardly seems possible that things could get worse.

This was a poor guess. Conditions in 1932 were much worse.

It is generally believed that good stocks and bonds can now be bought at very attractive prices. The difficulty is that nobody has the cash to buy.

The financial situation would be ridiculous if it were not so tragic. Everybody demands cash- no checks are accepted…The check may be good today and bad tomorrow. Even certified checks are regarded suspiciously.

Both stocks and commodity prices are back to 1899 levels

Beggars going from house to house are getting more numerous and more bold. I dread what the coming winter will bring forth.

The speculative interest of the public seems as strong as ever in spite of their experience of 1929…In the meanwhile there is no visible sign of improvement in businesses or industry and on the contrary it seems to be getting worse.

It seems unbelievable but conditions seem to be even worse.

The month just closed established an all-time low record in my law practice. My total cash receipts for the month amounted to $18. The same thing is happening to every professional man in town.

This is the 5th winter of the depression and it is the bleakest of all.

It seems to me that the time has come where we can formally and officially announce that the depression of 1929 has ended.

You were wrong. A new depression started Sept. 1937 and is still with us.

These words are powerful, but we’re visual learners, so let me show you what would happen if stocks were to experience the type of decline we saw in the depression. 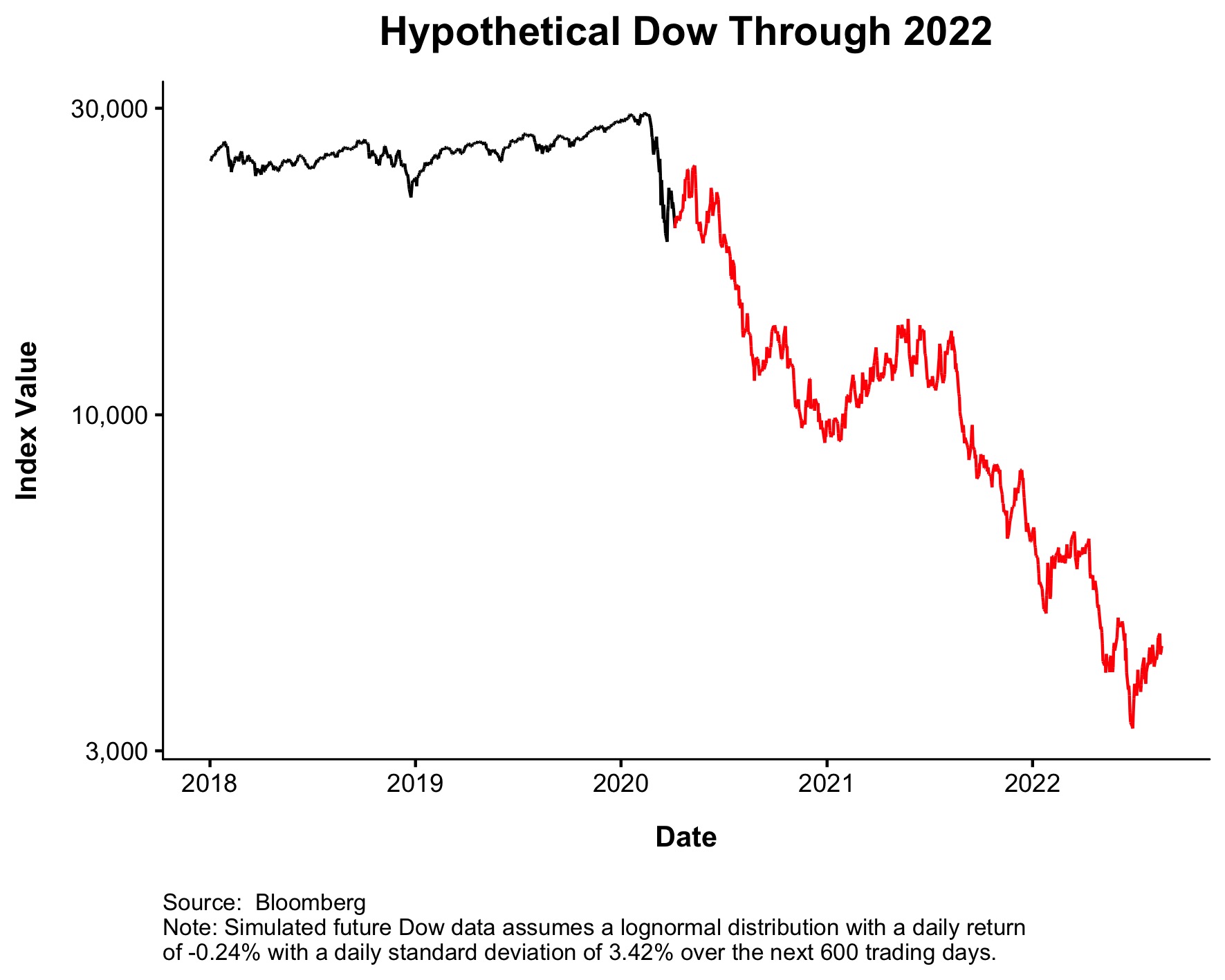 It would make the GFC and the dotcom collapse look like a walk in the park. 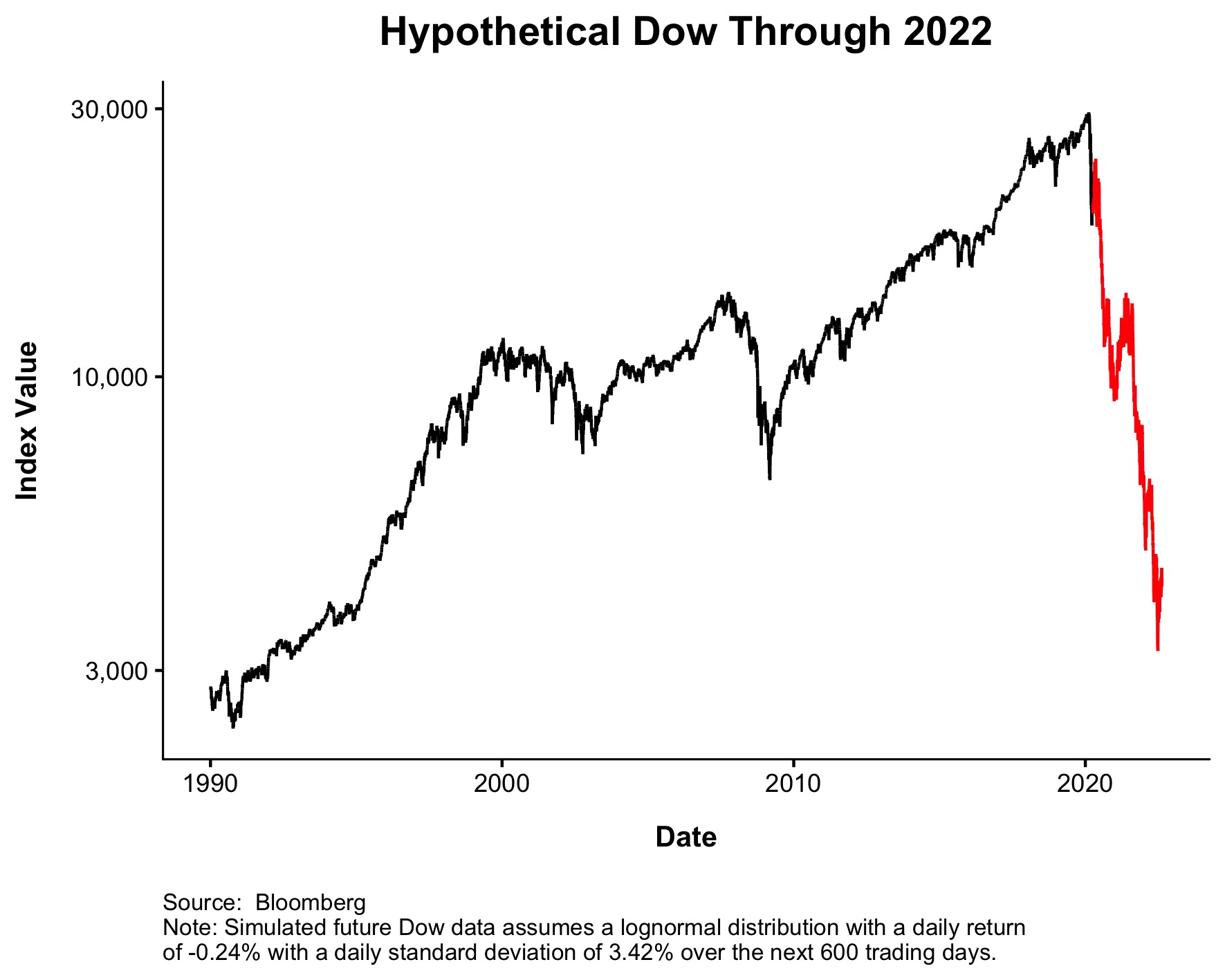 And it would undoubtedly leave permanent scars on an entire generation of investors. If stocks fell 89%, I would have to question everything I thought I knew about the proper way to invest. 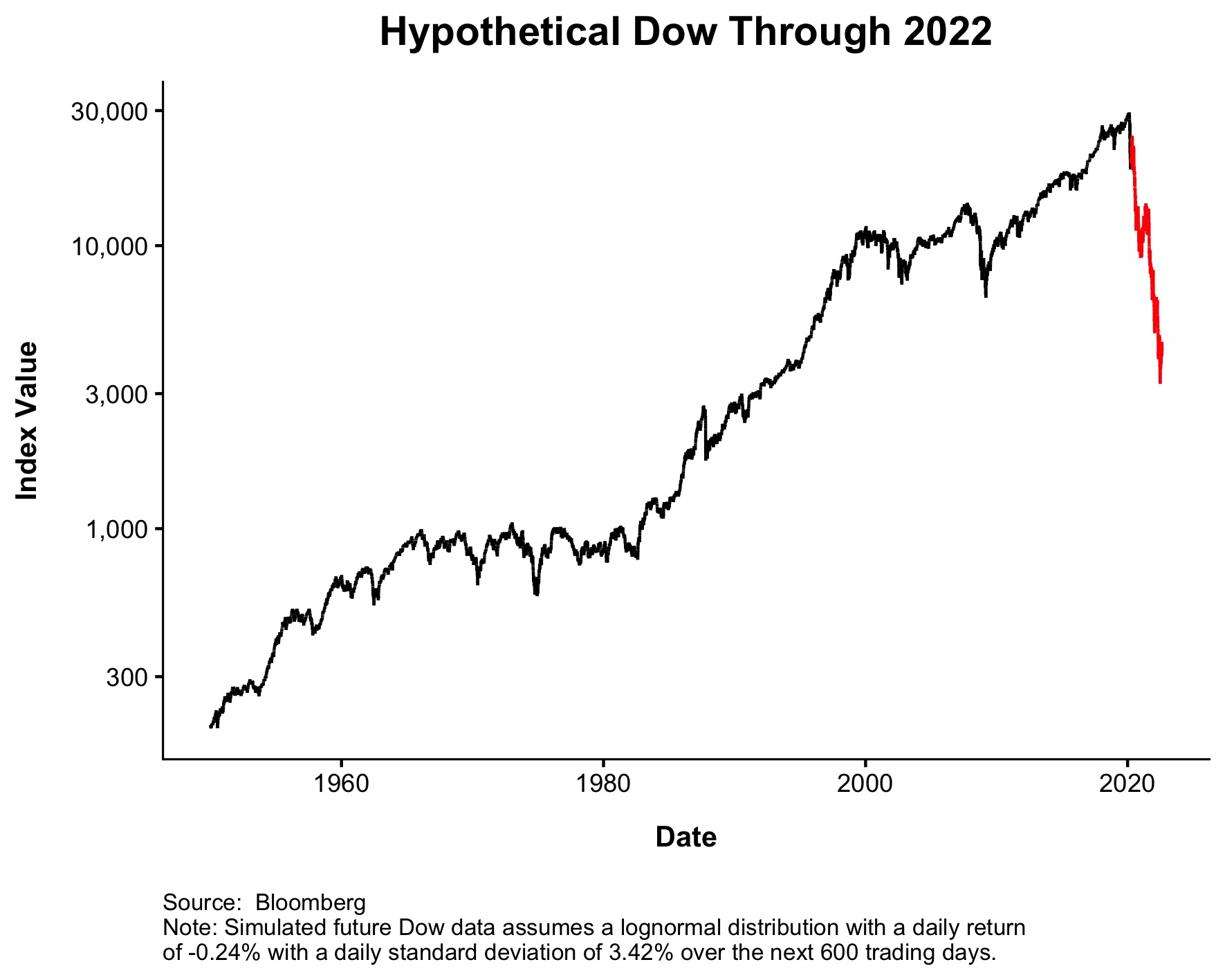 Things are very scary right now, and I’m in no way trying to minimize the pain we’re experiencing. But words have meaning, and when you start to throw out The Great Depression, it shows that you either don’t know history, are trying to scare people, aren’t being thoughtful about what you’re saying, or a combination of the three.

I hope everybody is staying safe out there. Thank you for reading.