“There are limits to size and growth”

The S&P 500 has had annualized revenue growth of 3.5% over the last decade. I heard this from Chris Bloomstran during a conversation with Patrick O’Shaughnessy. They were talking about this in the context of why tech can’t continue to grow at the breakneck pace that we’ve  grown accustomed to.

Facebook, Amazon, Apple, Microsoft and Google, which I will refer to as FAAMG, have grown their revenue at 15% a year since 2012, and are now the 5 largest stocks in the S&P 500. If this growth rate were to continue, in 19 years these five companies would be responsible for half of the revenue in the index. 7 years later they would have more revenue than the index itself. 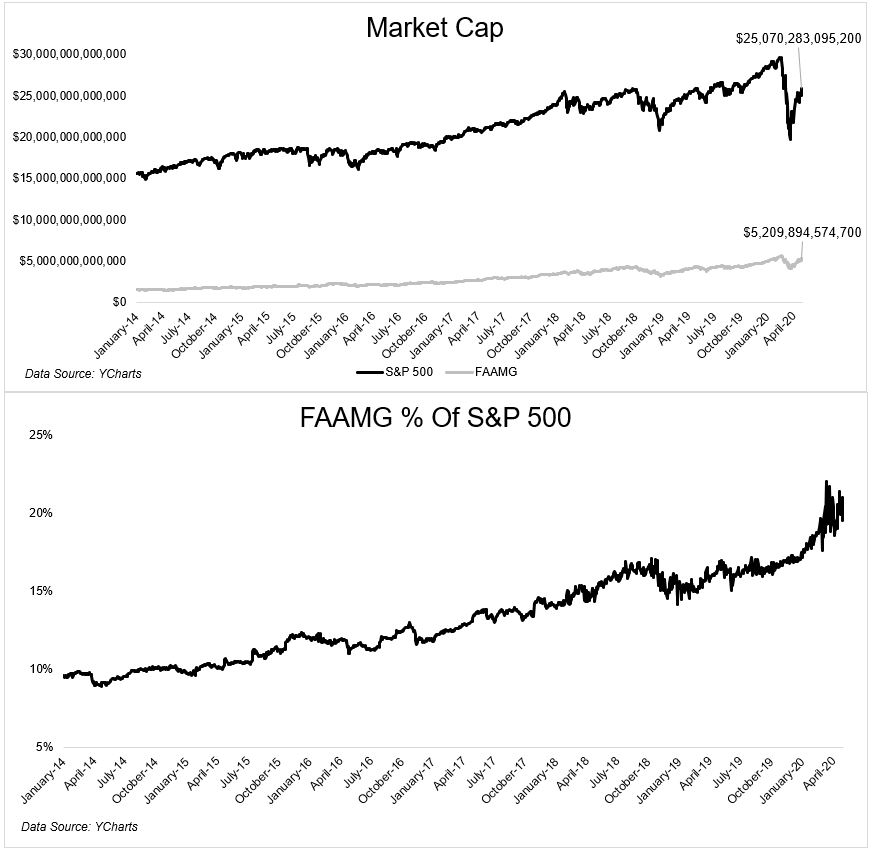 The biggest stocks have been getting bigger for the last decade, and the COVID-19 induced recession is widening that gap further still. The FAAMG companies all recently reported earnings, and for the most part, things are much better at the top than they are everywhere else.

How long before Amazon is forced to spin out AWS? How long before Facebook and Instagram have a forced separation? I’m not predicting this does happen, I’m only pointing out that if these growth rates were to continue, then it will happen.

*I used this as a start date because that’s around the time Facebook got added to the S&P 500. Also worth noting that the data I have uses the market cap of each S&P 500 company today going back in time. Not every company today was in the S&P 500 in 2015, and some companies that left are no longer being reflected. All that said, these numbers should be very close, even if they’re not precise.