Private payrolls were just released, and we found out that they fell by more than 20 million in April, which is the worst drop in ADP survey history. This chart, like so many others, has been permanently impaired by the complete halt in economic activity. 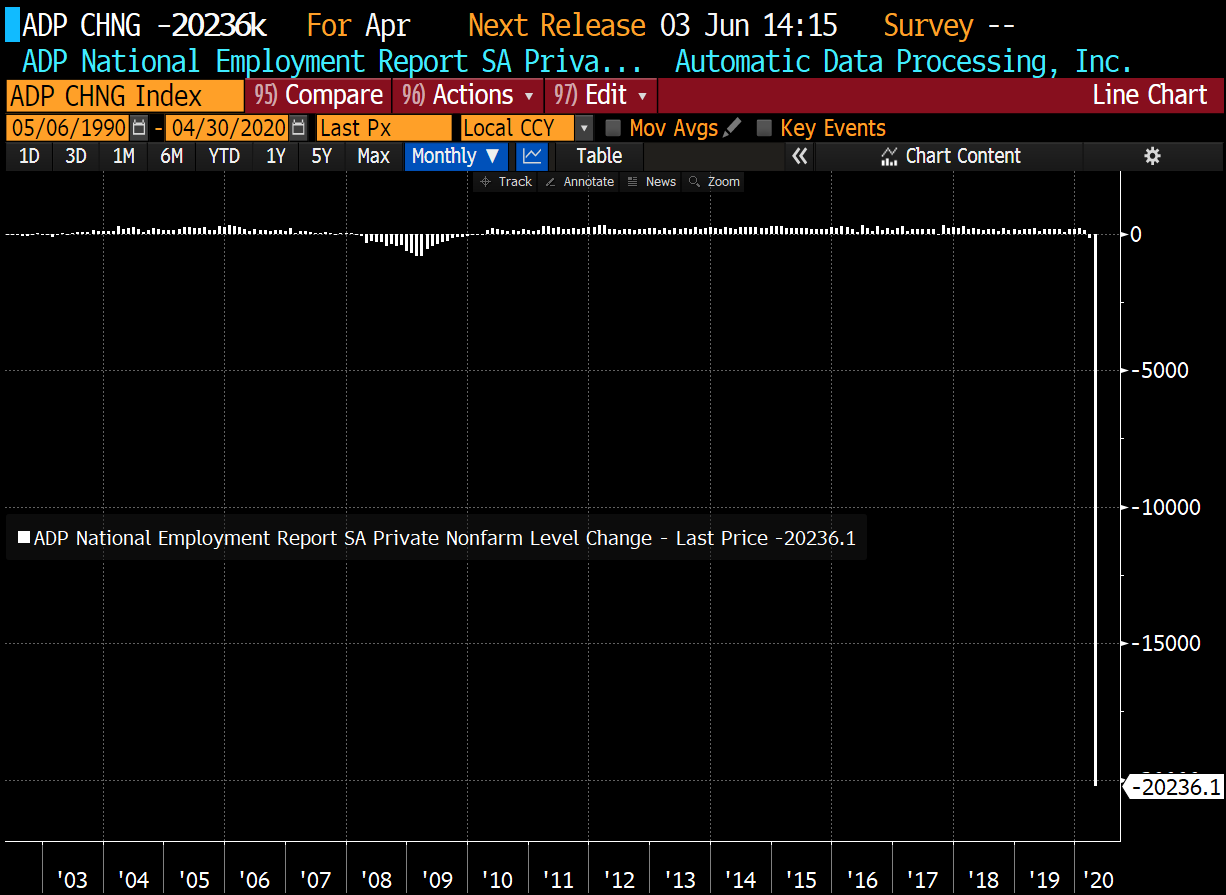 Oil went off the charts. 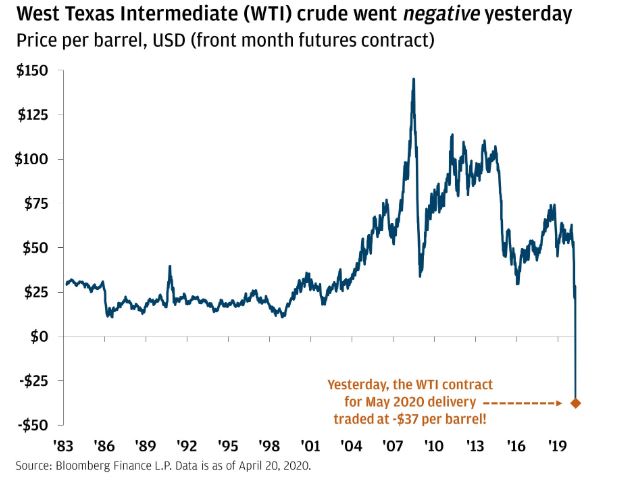 This chart from the WSJ shows the massive amount of unemployment benefits being paid out by the federal government. 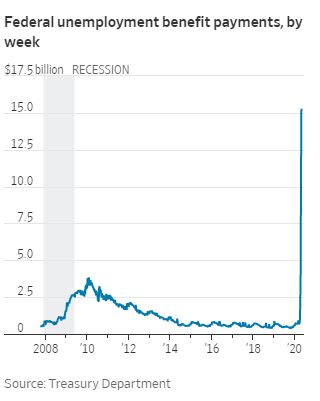 Money market funds took in $694 billion in March, which was 4x the previous record. This comes from Jason Goepfert, who puts out tons of great charts.  . 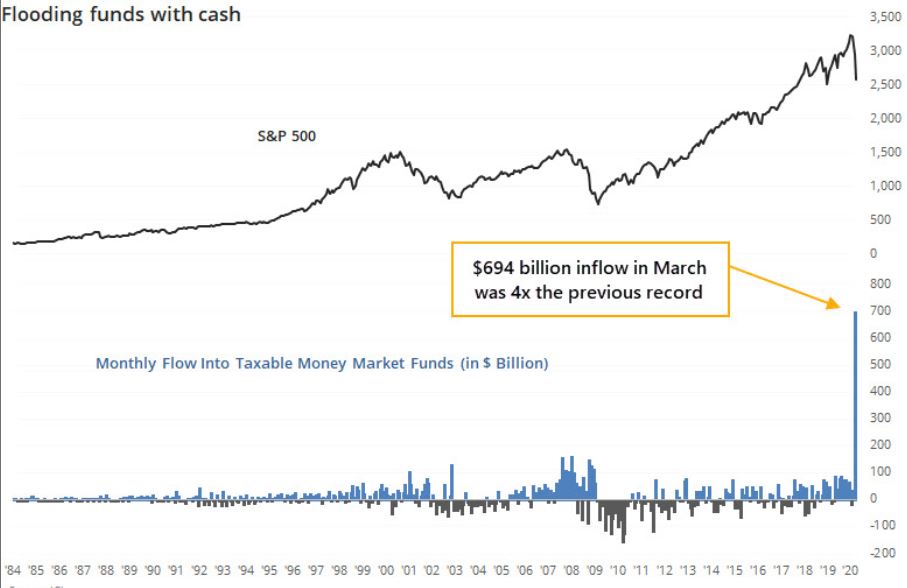 Total vehicle sales fell 34% in March. These numbers are expected to break the charts in April, with Toyota saying they experienced a 55.7% decline, and Honda in the same boat, saw sales fall by 54.1% decline. 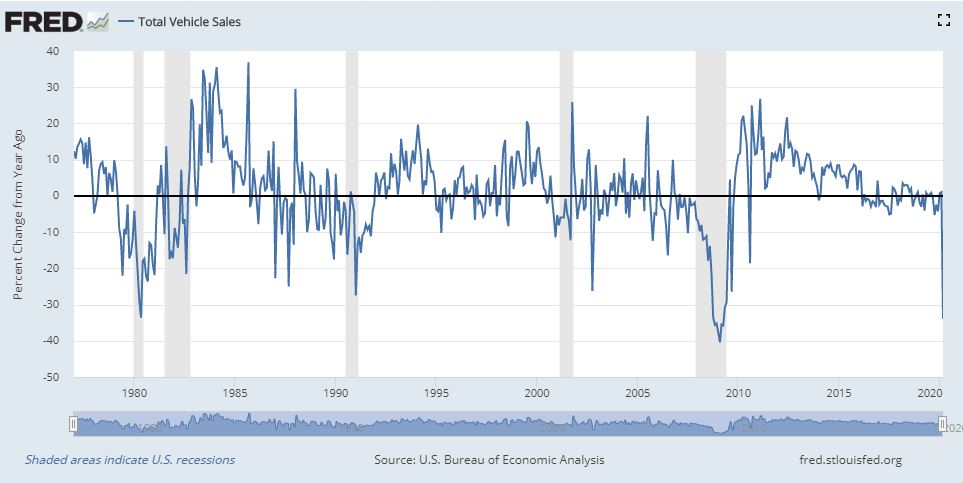 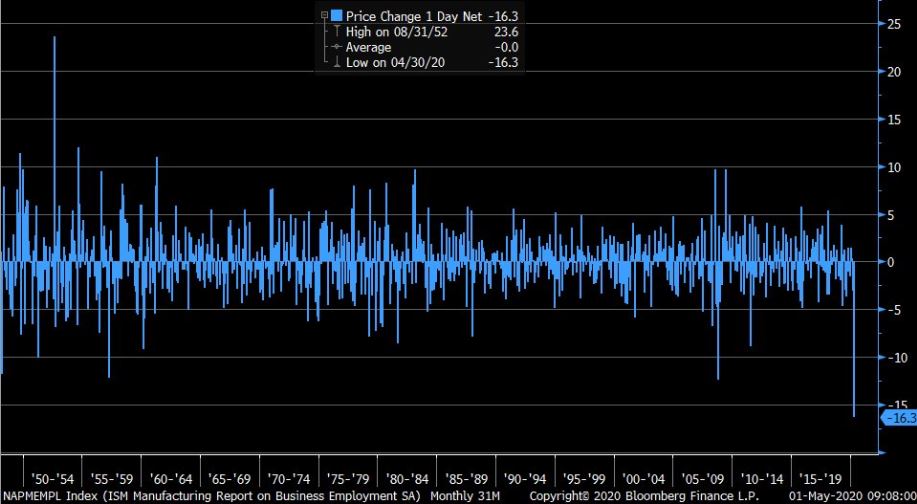 Retail sales had their worst drop on record, falling more than 8% from their prior month.

Personal consumption, which accounts for roughly 70% of U.S. GDP, fell 7.5% in March, the largest drop on record. 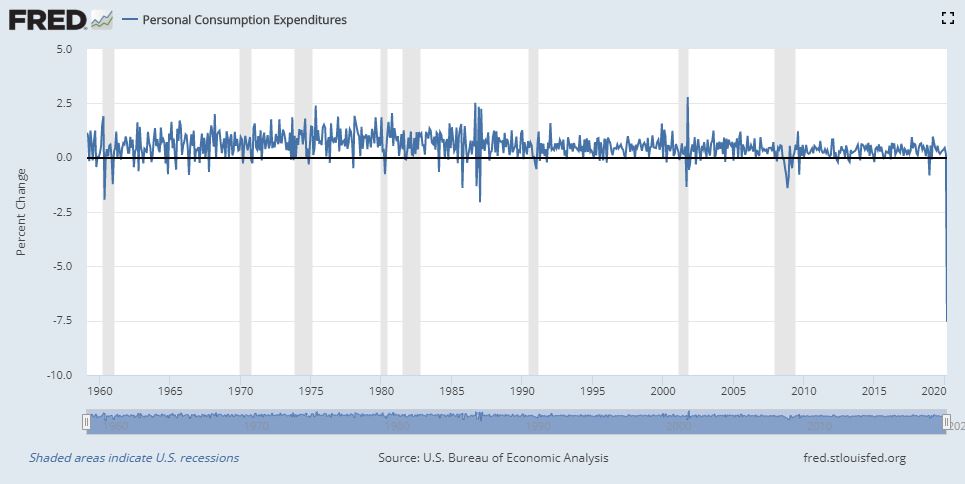 It is going to be incredible looking back on these charts in 20 years, but for now, we’re all looking forward to them getting back to normal.