For a few years now, people have been comparing the rise of mega cap tech stocks to the late 90s. I think these comparisons are somewhat misguided.

I wrote those words in June 2018, adding “The gains have been extraordinary over the past five years, with Facebook, Apple, Amazon, Microsoft and Google growing from$1.2 trillion to near $4 trillion.”

Fast forward to today and the gains have been extra extraordinary, growing from $4 trillion to $6.5 trillion.

And yet, even with this massive growth, in terms of overall returns, the tech bubble makes this period look quaint by comparison. 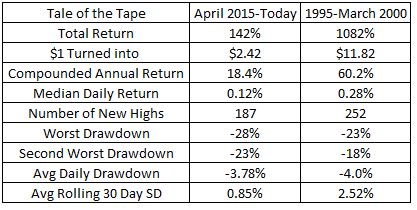 One well-known article from Barron’s, Burning Up, which poured fuel on the fire and maybe even pricked the bubble, pointed out that 74% of internet companies had negative cash flow, and were running out of time. Jack Willoughby wrote:

Perhaps one of the best-known companies on our list, Amazon.com, showed up with only 10 months’ worth of cash left in the till.

This is easy to laugh at now, but Amazon fell from a high of $113 to a low of $5.51. Like so many companies back then, their valuations were writing checks that their fundamentals couldn’t cash.

Valuations were obviously ludicrous back then and completely detached from reality, but at no point in time could you have used this to your advantage, at least on the way up. And the way up can last years, as we’re learning today.

The chart below shows the rise and fall for the multiple of earnings on growth stocks. Today’s stocks aren’t as crazy as they were back then, but that doesn’t mean they’re not a little nuts. 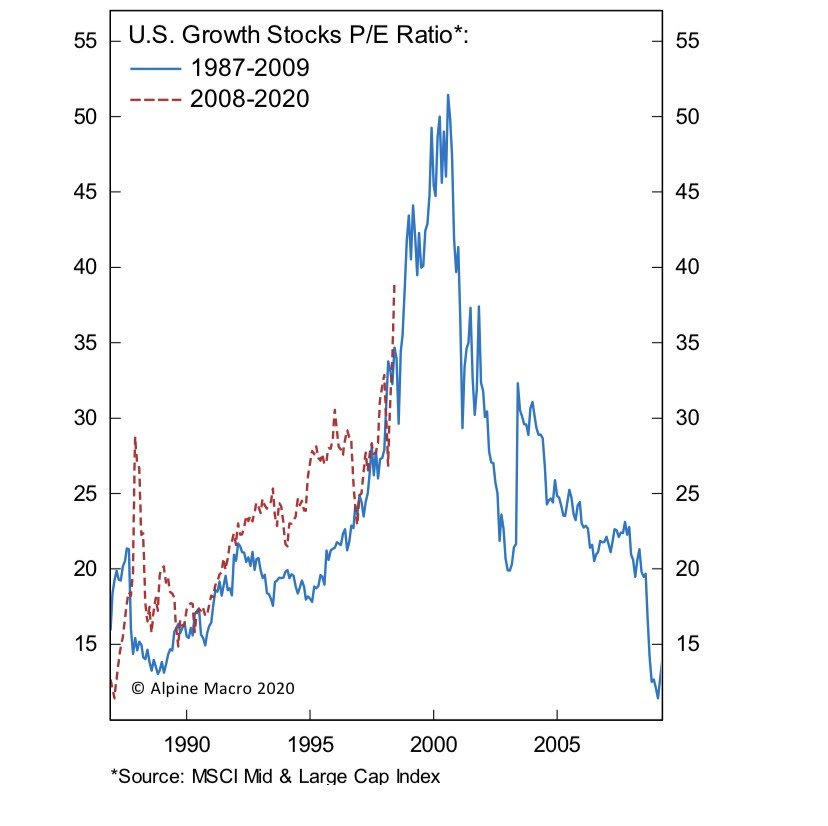 The lesson from the dotcom bubble, and whatever we’re calling this period, is that trends can last a lot longer than we think possible. And if you’re convinced that we’re in the 9th inning of tech dominance, you should be open-minded to the fact that maybe we’re not. I encourage you to listen to this podcast with Patrick O’Shaughnessy and Brad Gerstner, who has some fascinating ideas about the future of this space.

We know that the dotcom bubble ended in ashes, but we can’t know how this one plays out. The best we can do is be open to any outcome, and not bet the ranch on a future that might look different than the past.