Have you ever wondered who actually owns the stock market? Now we know, thanks to a new piece from the Urban-Brookings Tax Policy Center. 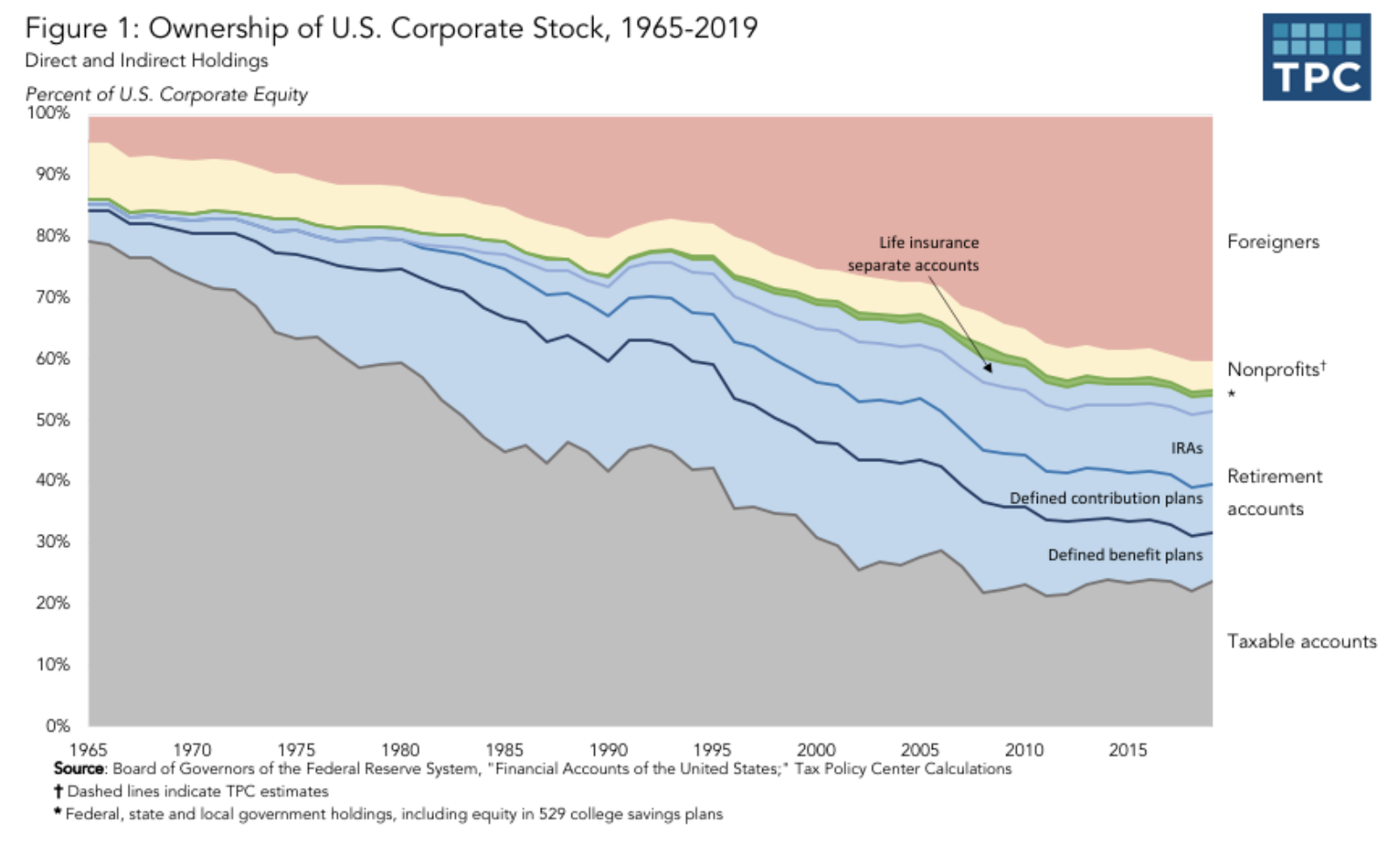 Two things jump out at me from this chart. First, at 40% of the U.S. stock market, foreigners own more than taxable accounts (25%), and retirement accounts (30%). The second thing that stands out is that the ownership of the stock market used to be concentrated in taxable accounts. Institutional investors and retirement accounts are new players on the field, relatively speaking.

The next chart shows the composition of retirement accounts over time. Defined benefit plans, better known as pensions, used to represent 70% of the stock market that was held in retirement accounts. At its peak in 1985, that represented 22% of the overall stock market. Today it’s down to less than 10% for two reasons. First, as you can see in the chart below, defined contribution plans, better known as the 401(k) 403(b) or 457, have gained in popularity over the years. Second, pension funds have taken to alternative investments such as private equity or hedge funds, for example. 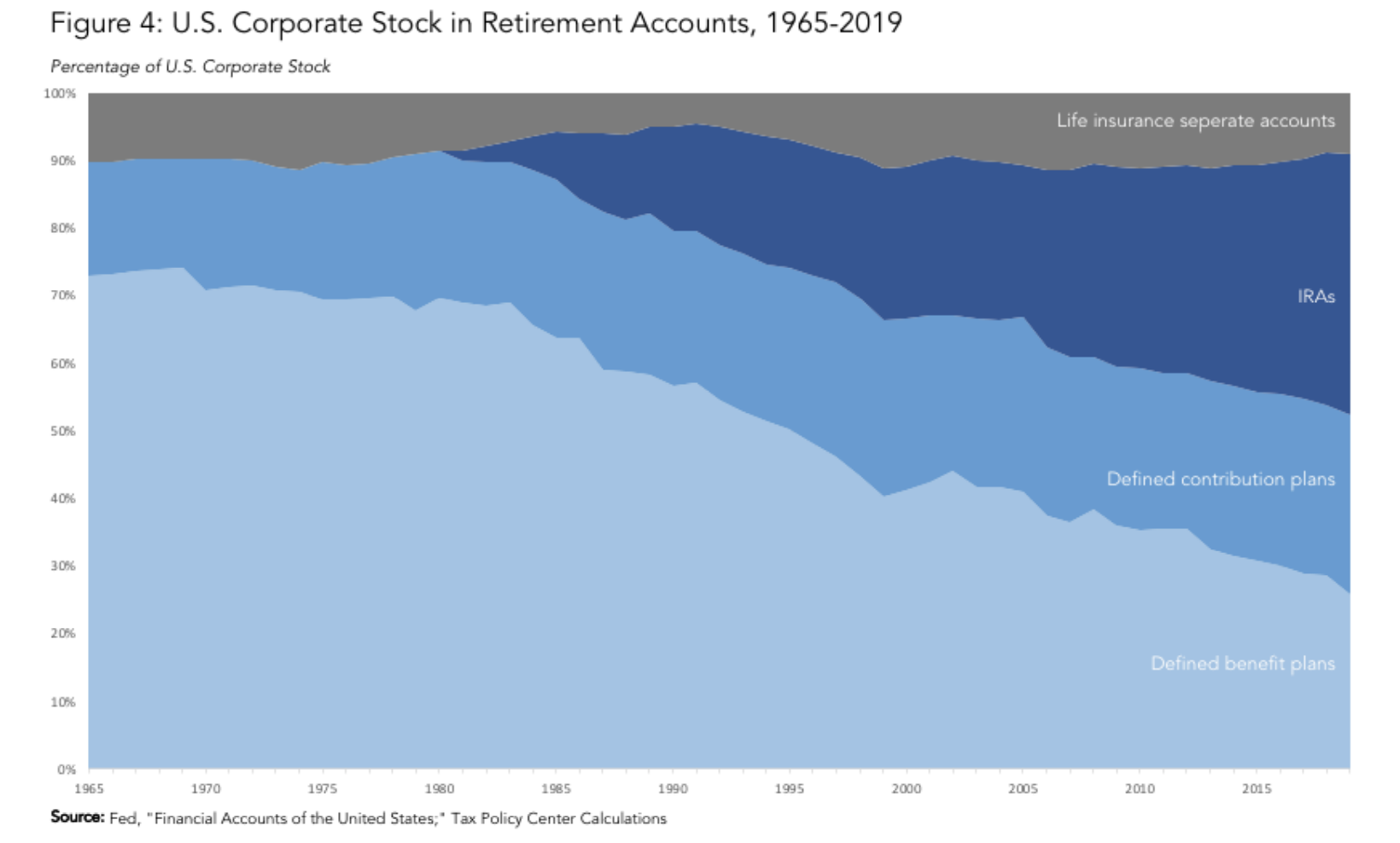 As you probably know by now, people with money own the bulk of the stock market. The next chart shows this quite clearly. The top 10% of households, on average, own $1.7 million of stock, directly and indirectly, while the bottom 50% hold just $11,000. 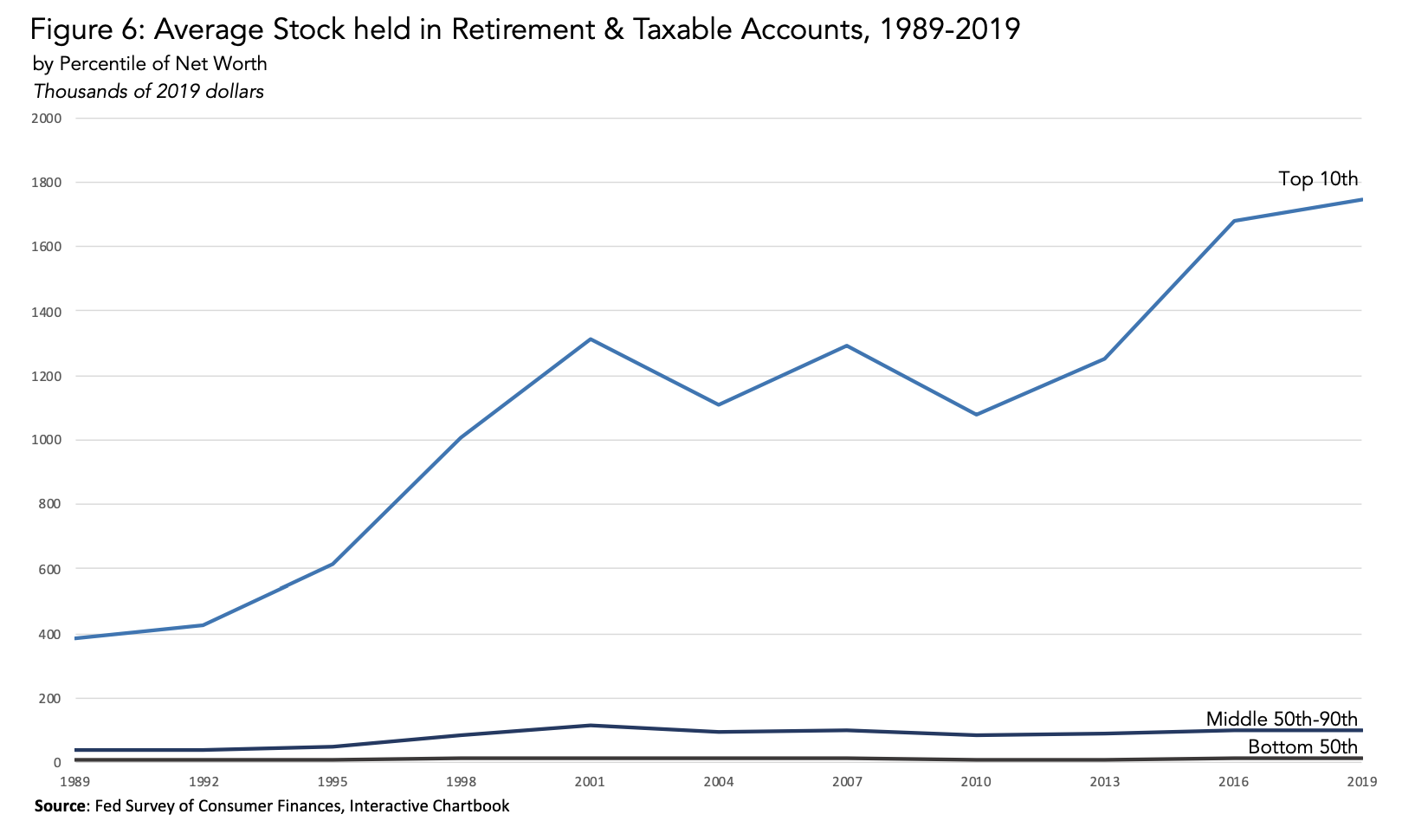 If ever there was a case for baby bonds, this chart is it. I don’t pretend to be a policy expert, but I think one way we can put a little dent in the wealth gap is by opening up the stock market to more people.

The only way to change people’s mentality towards saving and investing is to show them not tell them. Which is why I love the idea of giving every new baby in the United States $1,000 (I’m making up a number) worth of stock in the S&P 500 that they can’t touch until they’re 18 years old (I’m making up an age). It’s not that I think this will be life changing money, but hopefully it will show them the power of compound interest and persuade them to learn more about money and investing so that they can better prepare for their future.

We’re never going to close the wealth gap by bringing down those at the top. We have to bring up everyone else, especially those at the bottom.

Who’s Left to Tax: US Taxation of Corporations and Their Shareholders- Rosenthal and Burke