If you thought the stock market had a wild ride this year, then you should see what the small stock market did.

The Russell 2000 is comprised of stocks ranging from a market cap of $25 million on the small end to $17 billion on the high end. These names got absolutely annihilated during the first half of the year and have experienced an epic comeback on the other side.

With a 42% decline through March, 2020 could mark the largest drawdown in any given year that ended with a positive return. You probably have seen a version of this chart but for the S&P 500. It looks similar to the one below; only the swings aren’t quite as dramatic. 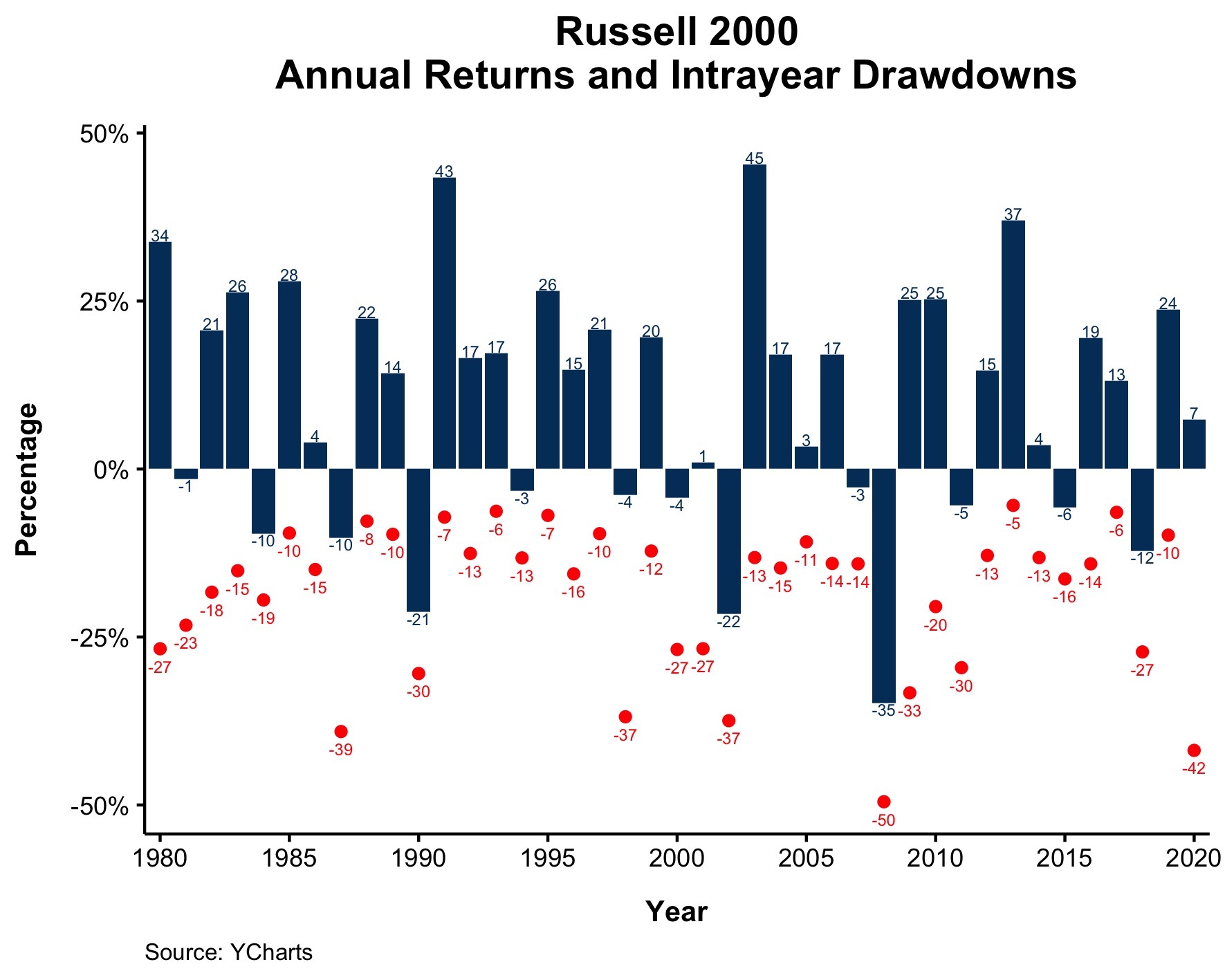 To visualize how much more volatile small stocks are than large stocks, I asked Nick Maggiulli to work his magic. The chart below shows the difference between annual returns and max intra-year drawdowns. The average annual difference for the Russell 2000 is 29.2%. It’s 24.4% for the S&P 500. 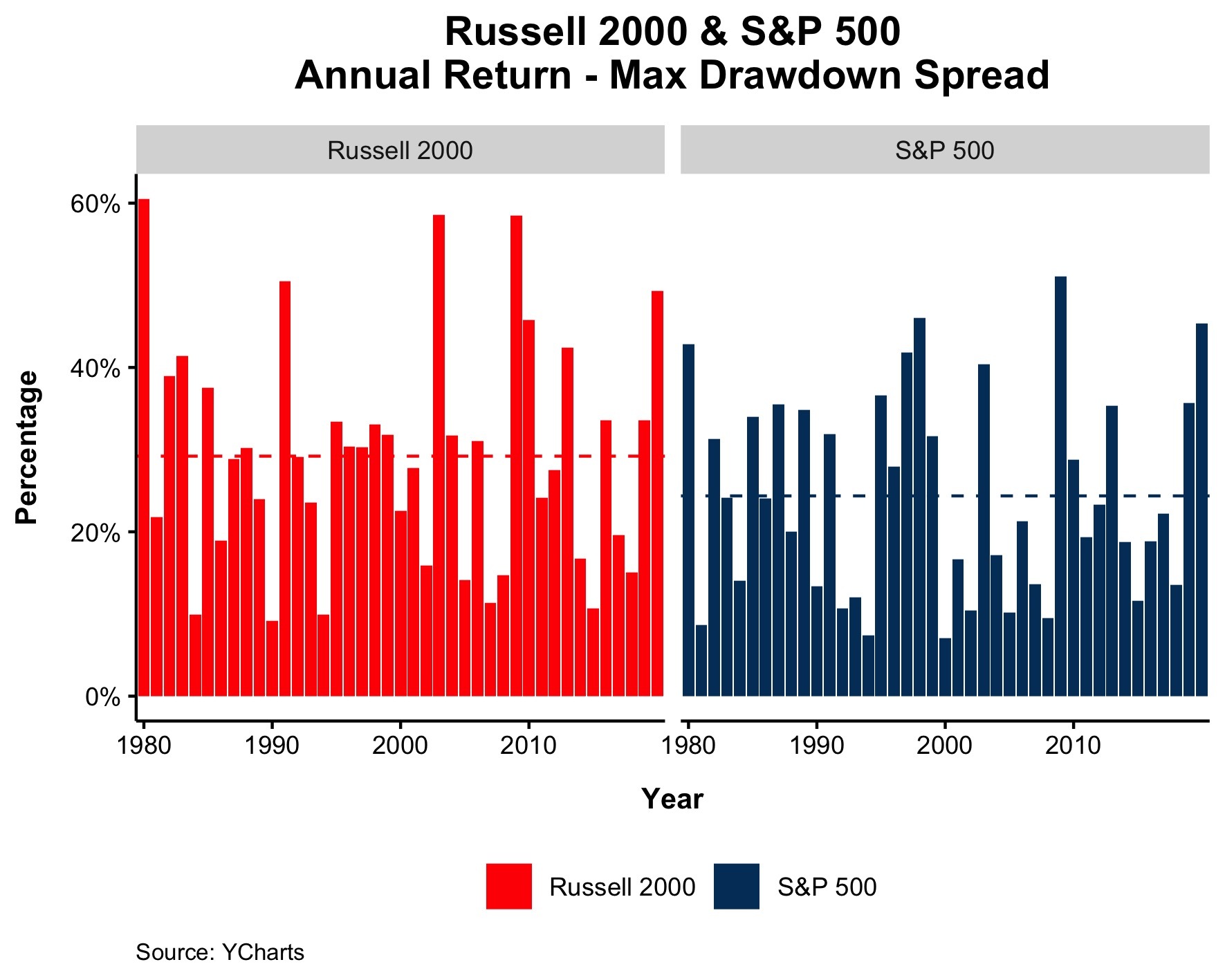 This year was painful for the Russell 2000 and absolutely brutal for the stocks inside of it. 3% of stocks in the index fell more than 90%.

It’s impossible to simulate the feeling of losing 90% but let me try with words.

Small stocks are more sensitive to the economy, to state the very obvious. These companies are generally lower quality, less well-capitalized, and have higher borrowing costs.

One of this year’s takeaways is that you do not want to own small stocks going into a recession. Of course, you never know when you’re going into and coming out of a recession, making the last sentence utterly useless.

This year has been painful for investors of all stripes. That goes doubly so for small-cap investors.