Ben and I recorded a podcast today where we discussed our favorite content from 2020. The best movies, TV shows, podcasts, and some of our own blog posts. I want to spend a second looking back on my most widely read posts of the year.

Before I get into it, I just want to acknowledge how small our world is. Not too many people read financial blogs. My top 5 posts all got between 40 and 50 thousand page views. That’s it. Most people just go on about their life not paying much attention to the ups and downs of the market.

In years like this, especially in March, people were paying attention. Like my friend Phil Pearlman says, “the higher the Vix, the higher the clicks.

The first of my top 5 was on February 24th, three days after the market peaked. The post was called, What Happens When You Buy the Dip?

My hypothesis going into this, before Nick Maggiulli ran the numbers, was that if you added more money every time the market dips, then you would come out ahead. To my surprise, although it really shouldn’t have been surprising in hindsight, this strategy actually lagged behind a simple dollar-cost-average approach. The reason, as I wrote, is fairly straightforward: “If something goes up over time, then the longer you delay investing, the worse off you are.”

My next post came on February 24th, just four days after the market peaked. This post was called Is The Stock Market Going to Crash? 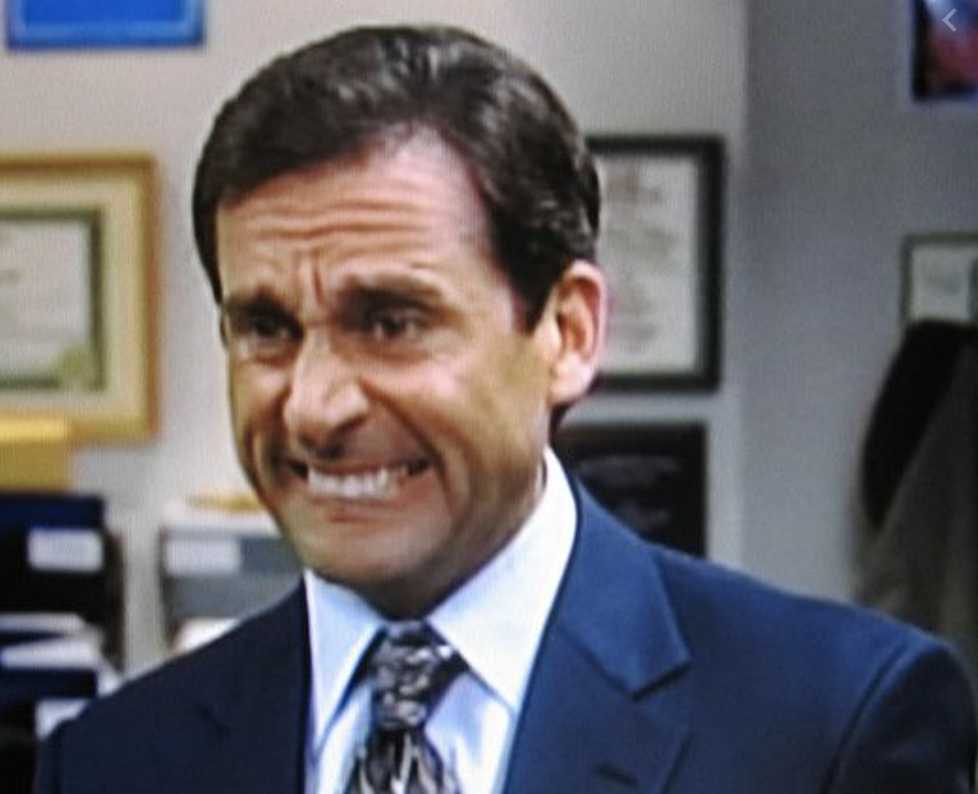 Why does this always happen, who cares about a 5% pullback?

Most investors would agree that this is normal and not worth paying attention to, but that’s not where their concerns lie. They’re worried about what this might turn into.

The reason noise increases during these episodes is because every time stocks fall a little, there’s always a possibility they fall a lot. What if the virus continues to spread, what if it brings the global economy to a grinding halt, and what if the stock market crashes? This is what investors are worried about.

Before this year, the U.S. stock market had experienced 10 deep drawdowns. Now it’s 11. 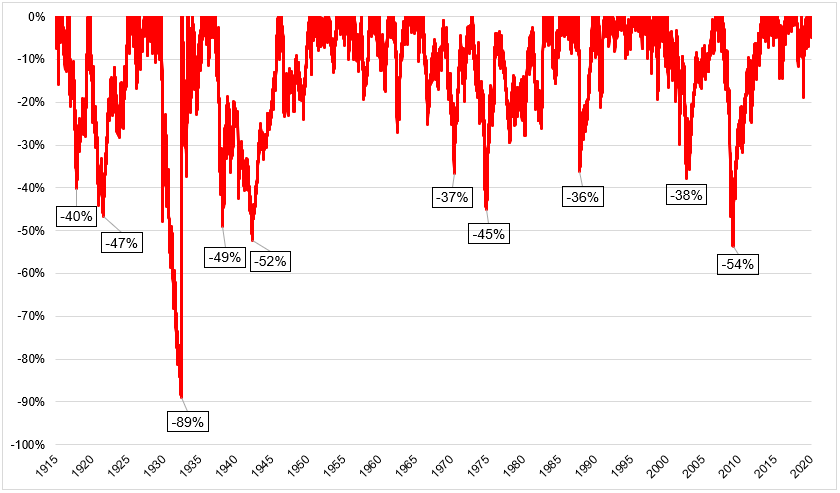 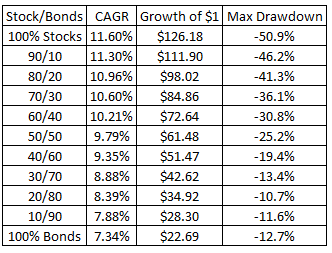 On March 15th, shortly after entering the fastest bear market ever, I wrote a post called What Happens After the Stock Market Falls?

I wrote, “As stocks decline, they become more dangerous in the short-run but more attractive over the long-run…Once stocks fall 20%, long-term returns start to improve with every painful leg lower.”

This chart told the story

On March 18th, stocks were in free fall, down 29% from the highs made less than one month earlier. I wrote a post called When is the Right Time to Buy Stocks? I showed charts of all the worst bear markets and circled the absolute lows with a red marker. I concluded that “It doesn’t matter when you buy, only that you buy.”

I ended with a chart and wrote “Bear markets all have one thing in common, they end…Everybody who has ever invested during our darkest days has ultimately been rewarded. There’s no reason to think this time is different.” 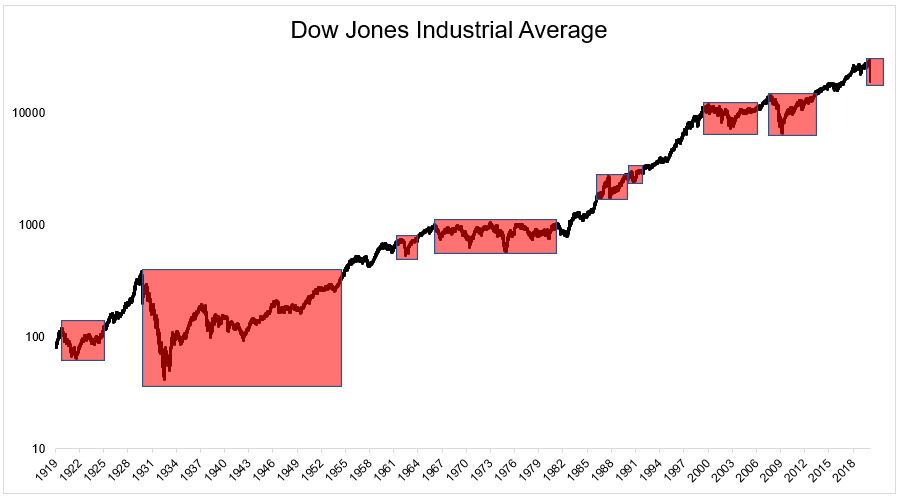 On April 23rd, one month after the lows, the S&P 500 was on a tear, gaining nearly 30% in a short period of time. I asked the question, Why Aren’t Stocks Down More?

I discussed the three reasons why the economy was shut down, and yet the S&P 500 was only 17% below its all-time highs.

The reasons I gave, which still hold up, were:

Never in a million years did I think we would see new highs in August. If you told me the S&P 500 would gain 16% in 2020 and the Nasdaq would gain close to 50%, I would have laughed in your face. If we’ve learned one thing this year, it’s that the stock market rarely does what you think it will, or what you think it should.

Thank you very much for reading along and trying to make sense of this whole thing with me. I hope everybody has an amazing and healthy 2021.